Unlike Generalissimo Franco, the ACA is Still Not Dead

People with health issues and varying amounts of cash to pay for treatment got a reprieve last week when the President and the Speaker of the House pulled the AHCA from considerations.  Despite a week of arm-twisting, leadership was not able to secure the votes needed for passage.
The bill was not expected to pass the Senate anyway.

While at first glance, one might think it cause for celebration; that cooler heads prevailed to keep the American public from getting shafted.  But that’s not really the case.  Sure, there were moderate Republicans who feared the backlash from constituents who would lose their insurance.  But the real obstacle were the hard-right conservatives that didn’t think the AHCA went far enough to remove government aid for the poor from health care.  In other words, 24 million people losing their insurance wasn’t enough.

For example, Rep. Mark Meadow (R-NC), Chairman of the hard-right House Freedom Caucus, balked at having essential health-benefit requirements remain in the current law, like maternity and newborn car, and substance abuse treatment.

Yep, they want to save the babies, but they sure as shit don’t want to provide anything for them once they’re born.

At first, the President tried to blame Democrats, but that didn’t gain much traction.  How does one blame a party for refusing to help you dismantle a program they fought like hell to enact?  Their resistance was a given.

The real fault was obviously with the Republicans, who were not able to pass their own bill, even though they had numbers to spare and 7 years to come up with an idea they could all support.  I think it’s a leftover indicator of the Tea Party influence.  Representatives swept into office in 2010 by the Tea Party showed that they were unwilling to compromise on anything and would settle for nothing less than every single thing they wanted.

As Stephen Colbert once said, their thought process was “You scratch my back… and I get my back scratched.”  Now they’re doing it to each other, rather than just “the enemy.”

It’s funny how the GOP still complains about how the ACA was passed so quickly and rammed down everyone’s throats.  I guess it depends on one’s point of view.  It may have felt like it was passed quickly, because passage seemed inevitable, but look at the numbers.

There were 79 Congressional hearings over the proposed ACA, which included over a hundred witnesses, expert and otherwise, who gave testimony.  The hearings went on for a year and a half.  There were also multiple budgetary “scores” from the CBO, as the bill evolved.

Contrast that to the AHCH.  Republicans introduced the bill on a Monday and passed it at 4:30 in the morning, three days later.  They actively kept the bill from being seen by Democrats, as they moved it from place to place.  There were zero hearings, zero witnesses, and zero testimony.  There was no analysis from the CBO until after the bill had passed.

So why did they want to pass it so fast?  Simple answer… they knew how grossly unpopular the AHCA was going to be, once the details went public.  Only 17% of the American people support this proposal.  There’s no way not to see it as a massive tax cut for the rich at the expense of the poor and middle class. 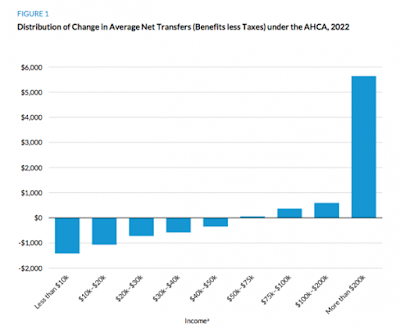 And once passed, congressmen can go into hiding from their constituents, knowing that in their massively gerrymandered districts, with their high-moneyed benefactors filling their re-election coffers, they’d have nothing to worry about as far as keeping their jobs.  Republicans are nothing if not adept at moving people attention from an unpleasant topic to a trumped up “scandal.”

We haven’t seen the last of the Republican effort to get rid of the ACA.  For the time being, they can continue to do what they’ve been doing: killing it via a thousand cuts.  Trump has already made public his intent to let the ACA crash through benign neglect or outright sabotage and then shift blame to the Democrats. 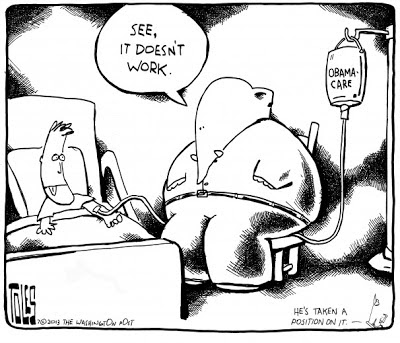 Then when there’s nothing left of the ACA, they’ll resurrect this loaded diaper and rewrap it for public consumption.  I don’t know what benefit it will be to the average American, but you know it will contain a massive tax cut for the wealthy.  That’s really the only component Republicans really care about.

The only question is whether we will remember in 2018 what they’re doing in 2017.