Where You Start Isn't Always Where You End Up

We’re going to have a major opportunity in 2020 and I’d feel a lot better about it if Democrats didn’t have such a history of screwing these things up.

I know I’m not the only one talking about this; I just want to add my voice to the chorus.

This is going to be a real horse-race of a primary season. There are so many options out there, many of whom have rabid followers. No matter who ends up being the nominee, there will be some salty people out there.

What we need to do, as Democrats, is to make sure the final choice is clear. No matter who is ultimately nominated, he or she will be better than the current occupant, by a landslide. Conscience votes, protest votes, and non-votes will only lead to another four years of this unmitigated disaster of a regime.

We need to see this election as a binary equation. Who do we want, A or B? Feast or Famine? Pool or Pond? 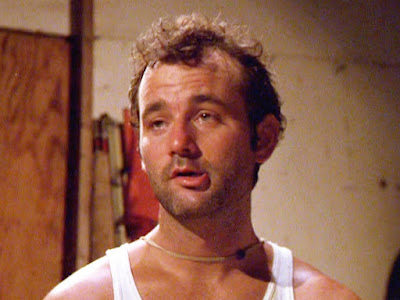 "Pond" would be good for you. (Source)

There is no Miss Congeniality in presidential politics. (Vice Presidents aside…heh.)

We either get a president who respects climate change, reproductive rights, a functioning government, etc., or we don’t. Those are our choices.

I see other liberal blogs that are worried that current frontrunner, Joe Biden, isn’t liberal enough for the burgeoning hard-left movement. But here’s the thing… Obama wasn’t either.

For example, Obama didn’t enter office supporting same-sex marriage. But do you know what? He did by the time he left office. He did because his supporters moved him that way.

The same can happen with any other Democratic nominee. When the culture moves, so do the politicians. (The good ones, anyway.) Politicians who don’t respect the will of their constituents get replaced.

There is too much at stake to fret about any nominee whose stance on any given issue isn’t exactly where we’d like it. The only choice we have is to compare that stance with that of Individual One.

OR, Individual Two. Maybe a miracle can happen and Trump will be out of office by the next election.

Geez, wouldn’t it be something if both Trump and Pence were out, and Pelosi was President? What would even happen then? Would she want to keep the job? Would the other nominees let her, without a fight? It’s a juicy situation… Granted, I think it’s vastly unlikely. I don’t think either one of the current occupants is going anywhere because the Republican Senate will never let it happen.

That’s why it’s just as important to elect some more Democratic Senators. A new president will need someone to work with, as opposed to the blockade Obama had for six of his eight years. Getting rid of Mitch McConnell alone will do wonders for the morale of the 99% of the country he doesn’t listen to.

If we want big changes, we have to have the presidency AND both sides of Congress, like the Republicans just did. Without all three, we can look forward to a lot more nothing.

So let’s not get too carried away with the minutia of the primary candidates. I hope all involved will keep the fight pointed at the Republicans and keep the infighting to a minimum. Why help the opponent by drawing blood on ourselves?

Someone is going to come out the winner. Whomever it is, that’s who we have to rally behind. I’m thinking that if everyone fights a good fight, there can be cabinet positions for everyone.

There are more Democrats than there are Republicans. If we show up and vote together, we win.
Posted by bluzdude at 7:44 PM

from your mouth to God's ear!

I'm not optimistic. But I plan to be a part of a major unity push, once the primaries are over and we have a nominee. Then, the only legitimate equation is, our guy/gal vs Trump. Doesn't matter who we run, ours will be a massive improvement. Period.