It’s been busy here in Darwinfish Central the last few weeks. As you may recall, I got married the last week in June. But just as we were coming back from that trip, we had to embark on a road trip the next Friday through Monday, back to The Burgh.

We had a family reunion scheduled for my mom’s side of the family. I wasn’t crazy about scheduling the event so close to our wedding trip, but we don’t get together all that often so if there’s a gathering, I don’t want to miss it.

Besides, this would be the first chance they’d have to meet my new bride. So we basically rolled through the short holiday week and went right back on the road. As we did in Florida, we stayed at a Hilton for a few days. This one was a “Hilton Garden Inn.”

Our family usually patronizes the Hilton brands, so to consolidate reward points, so my brother and sister and their families were staying there as well.

Normally, I have no issues with Hilton or the services and rooms they provide. But this was a relatively new one, which we thought would make for the best stay. Nope.

The main room was mostly fine, but I hated the bathroom. There were several issues I had, which I didn’t think were inconsequential. But none of them were the sorts of things that the staff could reasonably address. My beef was with the architects and builders.

So, when after our stay they began the inevitable pleas to complete their survey, I gave them my considered response. And if I’m going to tell the Hiltons, I might as well tell you.

First, I made sure I told them the staff was fine… I had no complaints about them, as they were friendly and professional. But here’s what was wrong with the room… the bathroom.

·        They had one of those sliding doors for the bathroom door. It made lots of noise whenever you went in or out, which could be bothersome when one occupant needs to take a midnight whiz while the other is asleep. And there were gaps on either side, which left one feeling like anyone could peep in.

·        The fixtures were loose. There was a square base around the handle that turned the shower on and off, and it was crooked. At first, I thought it was supposed to be kind of avant-garde like Tim Burton designed the place. But upon further investigation, it was just loose, and wouldn’t stay straight.

Same problem with the toilet paper holder. It had an open side for the roll to go on but also was not fixed firmly to the wall. Anytime you touched the TP, the arm bends downward and the TP rolled off the bar.

·        The water pressure was terrible and it took forever to get to a temperature suitable for human bathing. Once it got warm, you just felt like you were getting peed on.

·        It was bad enough that the shower stall (no tub) had a clear glass door to it. But they also had a full-size mirror over the sink, directly opposite the shower. Does anyone really need to see themselves soaping up? I don’t want to see that! My only alternative was to do everything while facing the opposite wall in the shower. I only had to do that, though, until the whole place fogged up, because…

·        They didn’t have a goddamn exhaust fan in there! In my book, that’s just unacceptable for a hotel. There wasn’t a bathroom fan in our Florida hotel either, so maybe it’s a standard Hilton practice.

Not only do you need a fan in there to keep the mirror from getting condensation, there are other considerations as well. These are closed quarters. If you have two people cohabitating in such a small space, the last thing either party wants is someone to go in there and befoul the whole room!

Also, consider the poor schmo on the inside. While their loved one is just on the other side of the wall/gapped sliding door, they can hear every grunt, splash and worse. Even if the fan doesn’t actually work very well, the din is a relief for all involved. Believe me, the last thing I want my dearly beloved to think is that she married American Pharaoh. Must we destroy all the illusions the first week of marriage? 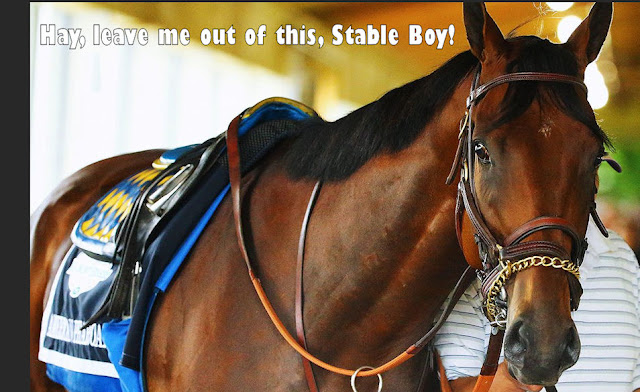 ·        And if there wasn’t anyone else in the room and you dared to sit on the can without closing the door, you’re staring straight into another full-size mirror on the outside of the closet. Like that’s a view of oneself anyone ever wants to see. What are you supposed to do, pose like The Thinker?

·        And for the one non-bathroom-related item, the carpet stayed wet in front of the A/C unit for the duration of our stay. I’m glad I noticed it when I was barefoot. How bad does it suck when you step in something wet, in your socks? Especially when you only have so many pairs of socks with you in the first place? Shit like that ruins my whole day.

I got a response back from the hotel manager, but it reeked of canned copy. I know there was little he could do… my main beef was with the design. Although he could probably get someone to tighten up those loose fixtures. I probably should have left my room number.

I’m sure they’ll find a way to get even with my ass… probably change the expiration date on all my Hilton Honors points to “next week.”

Maybe next time we ought to just go back to the Omni William Penn, downtown.