Several ridiculous memes caught my eye while I was out getting married, so they had to wait for my return to civilization. Let’s catch up.

Oh, and yes, I did take time out of my honeymoon activities to watch both Democratic debates. Obviously, the GOP flaks did too because one theme appeared to strike a chord, either with them or the Russian bot network. 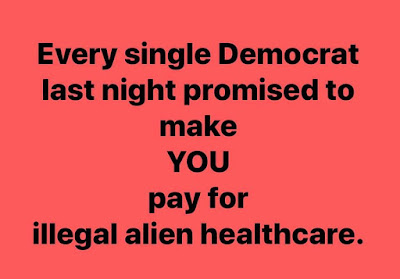 We pay for hundreds of things that we as individuals think we shouldn’t be paying for. I, for one, find it offensive to pay for oil subsidies, tax loopholes for millionaires, abstinence-only education and war machinery that even the military doesn’t want.

But we don’t get to pick and choose what things our taxes pay for. Put me down as more willing to pay for health care for undocumented immigrants than any of the stuff I just listed. And by the way, just as an insignificant aside, they were also talking about paying for EVERYONE’S health care, one way or the other. It’s not like anyone was proposing some special fund just for one group. They are proposing health care for all.

And even “people” conservatives don’t really count as people are included in the “all.” 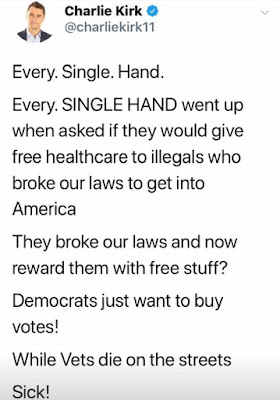 And buying votes? Someone please tell Charlie Kirk that illegal aliens can’t vote and don’t vote. Hell, you’re counting on them to duck the Census because of the “Citizen Question” but then think they’re going to stick their heads out to try to register and vote?

And as always, they have to throw in the kicker about “vets dying in the streets.”

Name one Republican proposal from the last 2 years that addresses “vets dying in the streets.”

There aren’t any, because Republicans don’t give a shit about veterans except as a bludgeon to use politically in misleading memes like this. If Republicans cared about vets, they would have passed something to help them when they had control of both houses and the presidency.

Hell, they could do it right now if they wanted to. The Democrats would sign on, as long as Republicans could keep themselves from adding poison pill amendments to the bill. But I wouldn’t be surprised to see the GOP formulate such a bill and then add a poison pill like funds for The Wall, so that nothing passes but it LOOKED like they tried to do something for vets, while blaming Democrats for the failure.

That’s the rationale for the Republican blaming the Democrats for the situation at the border right now, isn’t it? Dems refuse to approve “wall” money so that makes everything else the Republicans do about it the Democrats’ fault. Twisted logic at its finest. 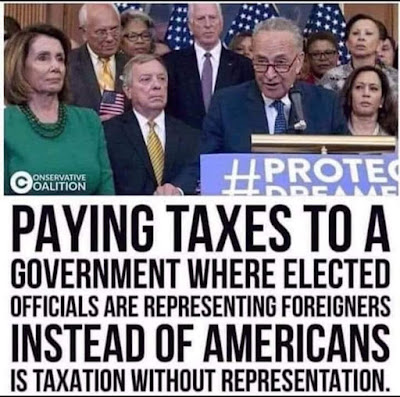 Easiest debunking ever. In no way are the (implied) Democrats representing foreigners INSTEAD of Americans. Thus the entire supposition falls apart because the base premise is patently false.

Here’s a hint for these meme-sters. GOP congressmen represent foreigners too… they just do it poorly. A congressperson represents everyone residing in their state or district, regardless of how they got there. This just the GOP tacit method of saying that because they haven’t received a donation/kickback, they can’t be bothered to represent this particular group. 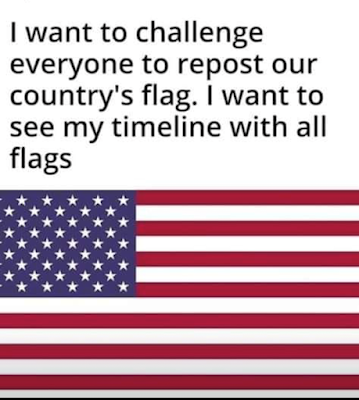 I am so goddamned sick of seeing Facebook posts like this. I mean, I don’t post or forward anything in response to other people’s memes in the first place, but I certainly wouldn’t go along with this one in particular.

I call this “soft patriotism.” It takes nothing to post it and it means nothing. It’s soft… it’s easy to do… it doesn’t cost you anything. You push a button and then act like you just earned your Patriotism cred.

You want to impress me with your patriotism? Fight for the free speech of your sworn enemy. Uphold the rights of others to do that which you abhor. Support what it means to be American, rather than fighting about customs involving a colorful piece of cloth.

Fight for freedom and equality for everyone, or take your US Flag lapel pin and stick it up your ass. 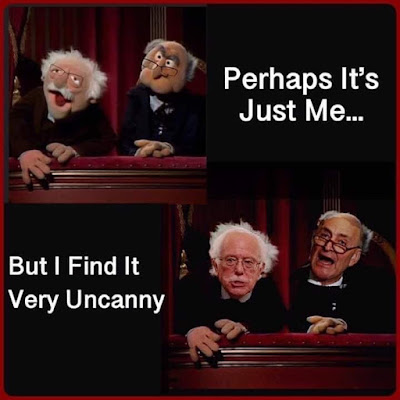 Seriously? The party who idolized Trump is casting aspersions on someone else’s hair? Please…

I realize this is a lightweight barb and not a position paper. If you want to go after Bernie, there are plenty of valid topics to choose from. Call me when you’ve got a grown-up opinion. 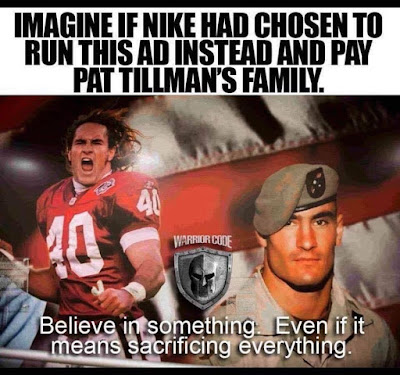 Pat Tillman would roll over in his grave if he saw his image being used like this.

Yes, Tillman quit the NFL and volunteered to serve in the army after 9/11, and was killed by friendly fire in Afghanistan (which the army worked hard to cover up). And he made it abundantly clear, before he left and during his service that he wanted no part of anyone making a hero or an icon out of him. He made a decision based on his personal beliefs and refused to become a poster-boy for it.

That someone wants to make a sneaker ad out of Tillman shows, again, how little conservatives think of veterans. They are props to be used to get people to feel a certain way. What the veteran in question thinks about the subject is clearly irrelevant.

Two minutes of research would have told this meme’s creator that Pat Tillman was an inappropriate centerpiece for his creation. But veterans aren’t worth even two minute’s time to these people. 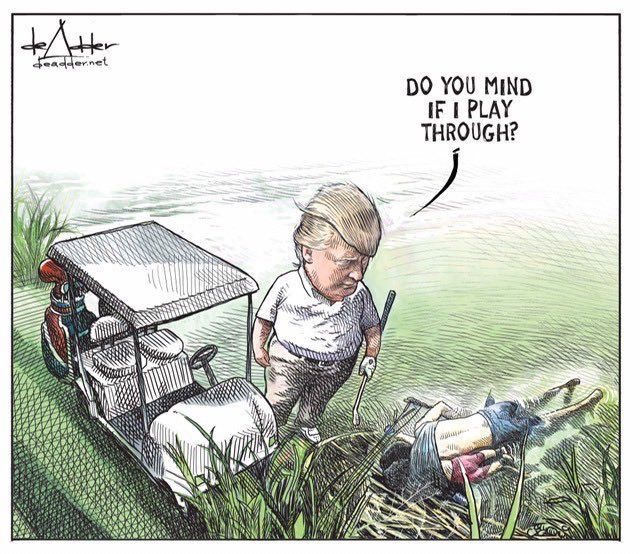 I know that this has been run everywhere already and the cartoonist lost his job over it. But I want it on my site because when I saw it the first time, I thought it was one of the most powerful editorial cartoons I’ve ever seen. It describes the Trump Administration to a tee.

An artist this skilled and incisive should have a list of job opportunities as long as his arm by now. I hope he finds a home.

I agree 100% about how Republicans use vets and patriotism symbols to evoke a feeling in their audience instead of saying and doing something real for or about them.

Is there a term for topics that are so weighted with known emotional baggage that it’s impossible to discuss them objectively? I feel that way about religion, too. It's so automatic for the average Christian to immediately feel deeply offended and defensive if someone dares blaspheme against traditional beliefs that it's more difficult than it should be to have a real discussion about the veracity of the bible or other aspects of the belief system.

My favorite quote on the subject said, "Christians treat the Bible the same way as PC app users treat the user agreements. They just scroll to the bottom and click "I Agree."