If You've Done the Time, We've Got the Cash

I recently read that the city of Baltimore authorized a total payout of $9 million to five men who had been wrongfully incarcerated, two of whom were jailed for 27 and 38 years. The payouts were derived by using the 6-year median income for the state of Maryland, times the number of years in jail.

I think it’s the least they can do. It doesn’t get much more heinous than jailing an innocent man for most of his life. No amount of money will be enough for what these men suffered… lost time with their families, special events missed, kids growing up without them, the onward march of civilization and technology, plus the untold suffering by enduring what the US prison system dishes out. These guys should never have to work again, for what the state put them through. 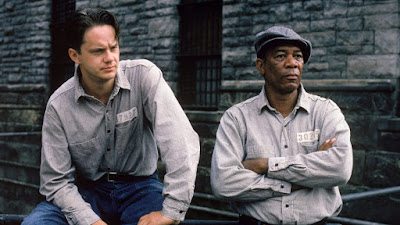 It’s an expensive lesson for the state, but I hope they look long and hard at the circumstances that brought this situation to bear. I hope they review what kind of evidence they put their trust in, as well as the reputations of those who procured it in the first place.

We all know how the cops have been taking shortcuts and planting evidence in Baltimore. Maybe this is the inevitable conclusion to when there is no accountability among the Thin Blue Line. Maybe this is what happens when there is so much pressure brought to bear, to catch and convict someone… anyone, for high-profile crimes, so anyone who seems plausible can be run in.

As it is, one of the released mis-convicts is suing the police department for excluding exculpatory evidence.

You also have to acknowledge that back when some of these guys were convicted, the oldest case was from 1968, DNA evidence wasn’t a standard thing. Maybe with DNA and better forensics, some of these cases could have been disproven.

What I take out of it is how shaky “eyewitness testimony” can be. All these guys were ID’d by someone who was completely mistaken. It makes one wonder how good a look these “witnesses” got, and how much pressure they were under to positively identify somebody. In a panic-stricken situation, I wouldn’t believe the recollection of anyone regarding the face of a stranger, not unless they had a long, close-up look.

I feel for the prosecutors who find themselves trying cases that don’t have DNA evidence, photos or video. They have to cobble together a case out of whatever is left. The threat of jailing an innocent person must hang like a cloud over their entire professional life. At least I hope it does. The stakes are too high.

Everyone wants criminals convicted and taken off the streets, but not at the expense of a wrongful conviction.

Other Stuff
California is on fire and the president is quarreling with the governor. Well, “quarreling” probably isn’t the best word. The president is making outrageous fabrications and spreading misinformation because he never carried the state in question and never will.  He’s resurfacing his old crap about how California should have raked their forests to prevent wildfires. It was wrong then but even wronger now, because most of these fires have nothing to do with forests. They’re burning up the suburbs and farmland, not forests.

So, this is political payback, with people’s homes and lives in the balance. How very presidential. This isn’t even George W twiddling his thumbs while New Orleans was being washed away. This guy is reveling in the destruction and taunting of those who are suffering.

And speaking of, he’s still going ape about the Whistleblower, isn’t he? And all his minions are parroting the company line. Don’t any of them know what a whistleblower is and why there is such a thing?

The anonymity is the point! They stay anonymous so that they are free to tell the truth about bad things going on, without retribution and intimidation from the bad thing doers.

And like I said last week, this crusade is 100% pointless because direct witnesses have corroborated everything the Whistleblower said, and then some. It’s obvious that he feels cheated out of his right to retaliate! He has all this animosity and nowhere to point it, so he rages on with the Twitter.

The Whistleblower program was set up specifically to deal with people like this. I think anyone who leaks or publicizes the Whistleblower’s name should be brought up on charges. I’m not holding my breath, though. 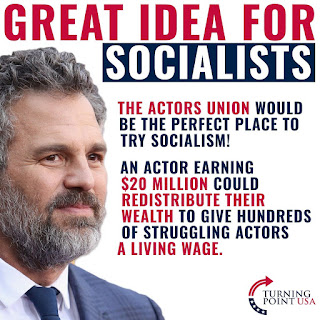 Isn’t this what Jesus would do? I wonder why Republicans are so hostile to income equality. Their Lord and Savior was all about giving to the poor and denigrating the rich. It’s almost as if they are only using Jesus as a gimmick to get people to vote for them, and not really interested in his words or works at all.

Apropos of Nothing
I had this dream a couple weeks back, that started as a garden-variety frustration dream. I was at some kind of hotel/ballroom complex with lots of glass walls and giant atriums. I was trying to get through it to go outside on the south end of the building. But I couldn’t seem to go directly; I was being forced to go out the doors on the opposite side from where I needed to go.

So as a couple co-workers and I were wandering around the lobby of this place, Barak Obama walks up to us. I remembered that I work for him, and not only that, he’s still the president! (This turns a nightmare into a daydream.)

He walks with us and because I’m apparently as much of a wise-ass in my dreams as I am in real life, I asked him, “Do you ever stick your head in a room just to see the looks on people’s faces?”

He says, “Like this?” and strides into the glass-enclosed lobby check-in area, says hi to everyone there, to a round of applause, grabs a newspaper from the counter and breezes back out.

In the dream, I was thinking, “This guy is so freakin’ cool.” Then I woke up and thought the same thing.

I'm the person who is usually for the underdog, so I almost always feel badly for those who are in prison. True, some deserve to be there, but others are there falsely, and still others are there for some minor stuff. I don't think people understand what happens in prison and jails and how prisoners are preyed on by bullies or other mean-spirited men or women. When people get out no amount of money can get rid of the trauma that was suffered. For a person to plant evidence or cover up the facts is atrocious to me, and I wonder how anyone who does something like this can sleep peacefully at night. I always wonder how many innocent people have been actually executed. Maryland and any other state can save a ton of money by not jailing people falsely, and to take time to do the work before damaging someone's life. RO

I think the cops who plant evidence sleep at night because they don't really consider the people they're incriminating to be fully human. They figure, "if this guy didn't do this crime, he probably did something else." Which is not how the justice system is supposed to work.

What I take out of it is how shaky “eyewitness testimony” can be.

Recently there's been a lot of research showing that eyewitness testimony is very unreliable. Brains don't just record images like cameras. They're programmed to notice certain things and ignore others, and a lot of mental "editing" goes on after the fact, which is when the permanent memories of an event are formed. Such memories can be strongly influenced by the person's expectations, or their culture's expectations.

This kind of thing is why you get seemingly perfectly-honest people reporting seeing flying saucers in considerable detail when they were actually seeing Venus or a reflection on a cloud bank or something. It's why you sometimes see someone you think you recognize, only to realize that it's a stranger when you look more closely.

Three or four decades ago people didn't realize perception works like that. And as you say, DNA and other kinds of forensic evidence were much less of a factor.

Eyewitness IDs are especially inaccurate when crossing races, but I didn't want to delve into all that. (There was no indication of the race of the witnesses in the story I used. Also, it's a real can of worms.)