That was some gut-punch Friday night, wasn’t it? I put on the TV after dinner and immediately wondered why Lester Holt was there… his news is usually done by 7:00 but there he was. And that’s when I noticed the chyron at the bottom of the screen… Ruth Bader Ginsberg had died.

Boom... right in the solar plexus. I knew she’d been sick but every report always had an optimistic prognosis. I never knew she was that sick. 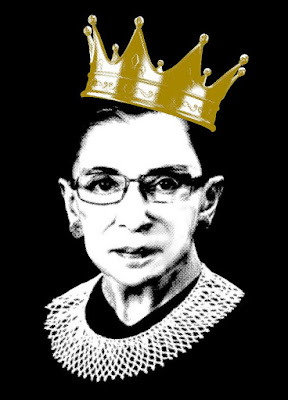 Whoever first thought up “Notorious RBG” should get the Presidential Medal of Freedom.

Almost immediately I had a vision of just how screwed we are. I knew in an instant that Moscow Mitch would try to fill the seat. As I’ve said a dozen times, he has no principles other than the acquisition and maintenance of his own power. He’s not bound by his word or any other contemporary symbols of righteousness. He’ll turn on a dime if it will get him another pro-business, pro-GOP judge, and he’ll dance on Ginsberg’s grave if it will claim her seat on the bench. Anything he’s ever said before is null and void if it counters what he wants now. He is incapable of being shamed.

And then there it was, an hour later, when Mitch released his statement of intent to do just that.

Since then, I’ve seen a number of different predictions and scenarios. I know we keep saying “before the election,” but we have to remember that there are another 2 months after the election. Mitch and Trump can come up with all kinds of mischief to unleash in 2 months. Although Trump may be a bit preoccupied with finding a way to cling to the White House. Not Mitch though. He’ll be using every hour to his advantage.

That’s the scenario I think is most likely… trying to appear magnanimous by waiting until after the election, but then carrying on immediately afterward, if the Democrats win the presidency and/or Senate.

Democrats are rattling their sabers by saying “everything is on the table” if the Republicans name a justice before the election, meaning ending the filibuster and adding to the number of SCOTUS seats. I don’t think those should be conditions… those are things they should do anyway.

It’s nice to be principled, but the unprincipled Republicans are out-maneuvering us all over the board. I’m tired of acting honorably and finishing second time after time. We should use the (GW) Bush strategy: “Eff you, we won.”

Creating a 6-3 conservative majority will damn the nation for generations. Any law or program a Democratic congress and presidency can dream up to lift up the nation will be overturned if it costs Big Business any money.

I know we’re down 5-4 right now, but John Roberts has so far been keeping a lid on the crazy. He’s the only one of the five who seems remotely concerned that SCOTUS is becoming a political rubber stamp instead of the impartial justices they’re supposed to be. But add one more Federalist Society appointee and there’s nothing anyone can do until another one drops dead or is coerced into retiring, like Kennedy.

Single-payer (or even a bolstered ACA) – DOA.

Citizens United – Upheld at every turn.

Census – the new political football, to be pushed and pulled until it’s essentially another gerrymander, expressly designed to undercount poor people and immigrants.

Post Office – Gone… off to be privatized, despite its existence being enshrined in the Constitution.

You get the gist. There’s nothing we can legislate that can’t be rejected 6-3 or 5-4. This seat means that much.

The only real strategy is to get four GOP senators to vote no. That’s a hard ask because the pressure will be enormous. A couple have already expressed their intentions to vote no, but that’s now. Wait until the Republican leadership starts weighing on them. There’s a big difference between stating intentions months in advance and bucking leadership and voting “no” on the floor. (And I’m sure there will be the usual death threats and intimidation from the “base,” as well.)

I’ll believe them when they cast the votes, not before. But still, it’s our only tangible option. If the Republicans stick to straight party lines, they can do anything they want. And the difference between us and them is that they will.

Maybe someone will have the foresight to do what’s right, realizing that their party may well be in the minority, and if he or she works with the Democrats, they can raise their own stature… be seen as a pragmatic peacemaker.

Nah, skip that last part. The last thing the rank and file want is peace with Democrats. They don’t get any liberal snowflake tears that way.

And now, some quick debunkings of stuff I found posted by conservative friends, the Speed Round: 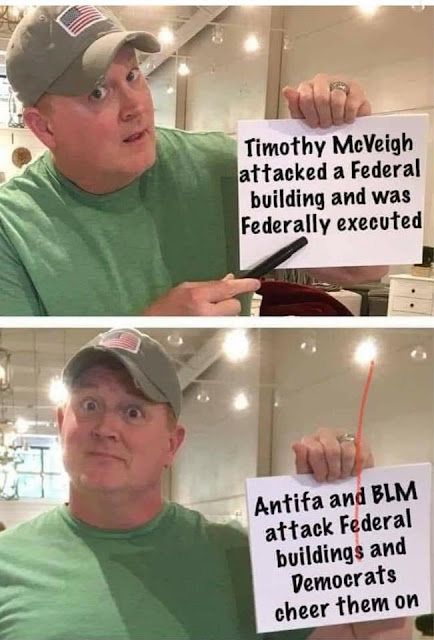 If you can’t tell the difference between lobbing a few rock and bottles at a building overnight and using explosives to blow up a building in the middle of the day, killing 168 men, women, and children, then you’re a special kind of stupid. There is literally no comparison between these two things. Besides, Democrats cheer on the protests for equal rights and justice, not vandalism.

I think they misspelled something. I fixed it. There’s nothing remotely untoward about those donations. I bet they mostly came in as amounts less than $100. Now if you’d care to open up the Republican campaign funding reports, maybe we could look at the amount of the average donation to see where the real influence is coming from, and from what country. 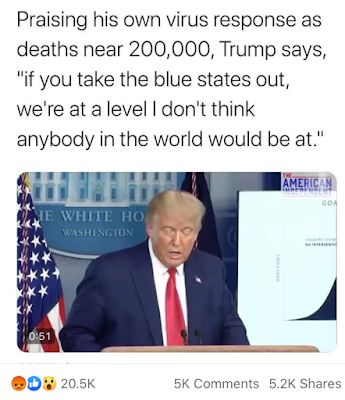 So basically he’s saying, “If you don’t count places where all the people are, I’m doing great.” This is akin to when he said he won the popular vote if only we didn’t count California. It was ridiculous then and it still is today. Anyone can post good numbers if they delete all the bad ones. This may be why he had someone else take his SATs for him. 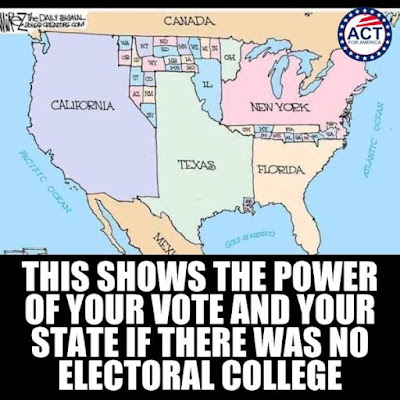 Why is it that Republicans think where a person lives in the country affects the worthiness or weight of their votes? Land doesn’t vote, people do. So it shouldn’t matter if a person voting in a national election is in Rhode Island or California, all votes should carry the same weight. 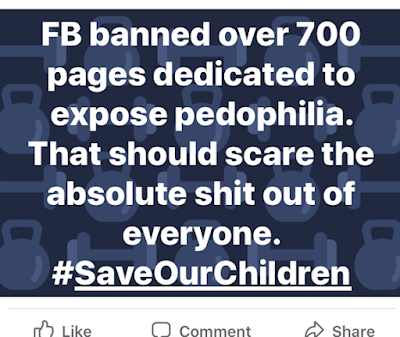 I haven’t researched this one but I’m pretty sure that FB took down posts that had incorrect or misleading information about pedophilia. What scares the shit out of me is how many people believe anything they come across, if it confirms an existing belief. That’s how we end up with armed idiots storming pizza shops looking for a basement that isn’t there.

They should just start handing these out at Trump rallies: 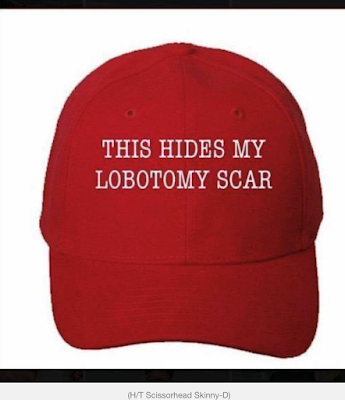 .....ending the filibuster and adding to the number of SCOTUS seats. I don’t think those should be conditions… those are things they should do anyway.

This is an important point, and the reason I'm not comfortable with using it as a threat over Ginsburg's seat specifically. If the Republicans did back down on that point (unlikely, I know), some Democrats might feel obligated to back down on ending the filibuster and expanding the Court. But even with full control of the government, we'll need end the filibuster to get things done, and as for expanding the Court, the stonewalling of Merrick Garland was enough to justify our doing it.

Thanks for what you do -- you're a valuable voice.

Agreed. Democrats already have more than enough reason to shake things up. The filibuster makes it far too easy for a minority party to prevent anything of use from being done. And they don't even have to get up and ramble anymore... all they really need to do is essentially say, "I call filibuster," and everything grinds to a halt unless there's 60 votes against. And we've seen how rarely that can be managed.

And thank YOU for all you do... without your Sunday links, I'd probably have folded the blog by now. It's no fun grinding away on a blog no one reads. Your links changed all that.

Like you I was on the couch after dinner and saw that RBG had sadly passed away. She was so fierce and committed, and I loved that she had a husband who supported and truly loved everything about her with no reservations. When I saw the 3 pushup salute from her trainer, I was reminded that RBG now gets to happily hang out arm in arm with the man of her dreams once again. RIP. p.s. - I'm glad you and Sweet Pea ae still around, and I always appreciate all you have to say. Happy Weekend to you both and hugs, RO