Director’s DVD Commentary: This is a special Bonus Post because I don’t think I can keep all this bottled up until my next post on Monday. Plus, it may well be talked out by then and we’ll be onto the next outrage.

But holy crap, what a shit-show that was last night, during what was supposed to be a political debate. And I’m not going to entertain any “both-siderism” on this. The blame is squarely on the Clown in Chief. He, alone, rendered this event unlistenable. I’d love to see the stats on the number of people who turned it off in the first half-hour. But let’s start at the beginning.

Even before the debate, you could see the Republicans scrambling. It’s was like they suddenly realized that their year-long effort to paint Joe Biden as a doddering, senile, brain-addled old man was about to come crashing down. America was going to get to see him speak off the cuff, without the courtesy of a dishonest Fox “News” edit. Fox disciples were bound to be shocked that Biden actually could string a sentence or two together. So to combat the sight of a coherent candidate, they began a whisper campaign that Biden needed to be drug tested for performance-enhancing drugs. The Biden campaign, naturally, refused.

Now, I don’t necessarily have a problem with pre-debate drug testing as long as it applies to both sides. And I’d need someone independent in there with Trump because if he can’t take his SATs himself, he’s certainly not going to take his own drug test.

Then they pivoted to claiming Biden would be wearing an earpiece, with someone telling him what to say. That ruse may fool the Trump base, but most people should know that it’s not easy to repeat things coming in your ear and repeat them in real-time as if they’re your own words. They, again, demanded that Biden be tested, with someone coming in to examine his ears. I’m sure they were told to go piss up a rope.

It’s clear that there’s nothing Republican media and leadership won’t stoop to, to prop up their campaign of lies.

Eventually, the debate began and it was enough to make you wish for more talk of piss tests and earpieces.

It was obvious that Trump’s strategy was to interrupt Biden at every opportunity and throw in insults, lies, and side tangents, to keep him from presenting a single coherent thought. Joe did as well as he could be expected to. He did better than I would have. I can’t believe he didn’t walk across the stage and start beating him with his shoe. (Now that would have made for great ratings.)

The result of this strategy was a clusterfuck of epic proportions, where great stretches of time were wasted with two people talking at once with no one understood. Reasonable people want to hear what both candidates have to offer. If I wanted to listen to a cacophony of lies, whining, name-calling, and exaggeration, I would have locked myself in a room full of 5-year olds.

I know they won’t change the agreed-upon debate rules, but Production really needs the ability to cut off the mics. That would solve the biggest problem with debate-watching. While Trump is by far the biggest violator of other people’s time, it was a problem at the Democratic primary debates as well.

They should turn off every other mic when one person is delivering their dedicated 2-minute statement or 1-minute rebuttal. Anyone that interrupts causes 30 seconds to be added to the interuptee’s time. At least we’d be able to get a clearer picture of who stands for what.

Or maybe leave the mics on but activate trapdoors under the candidates. Something’s got to give. All we get from this mess are headaches. Monty Python’s “Argument Clinic” featured better debate than this. 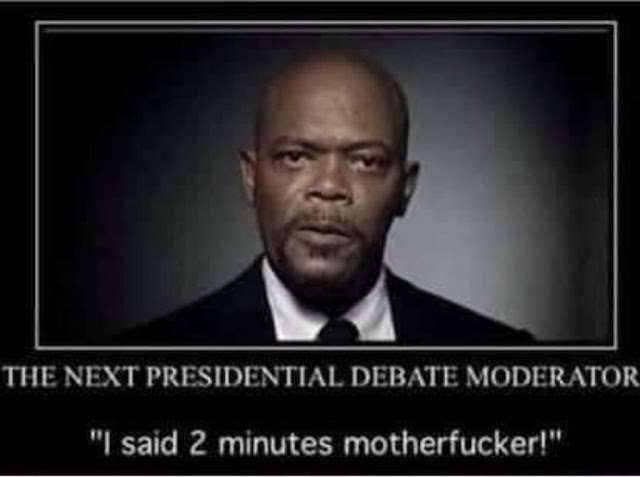 So I didn’t have any problem with Joe getting a little irritated and throwing some elbows himself.

That’s putting it mildly. And I did like his referring to Trump as “this clown.” The thing is, Biden couldn’t take the “high road” completely or else he’d come off as a pushover. He had to be able to stand up to the blowhard. He should have just gone with the “Gambino Defense,” and said, “Everything that guy said was bullshit. Thank you.” 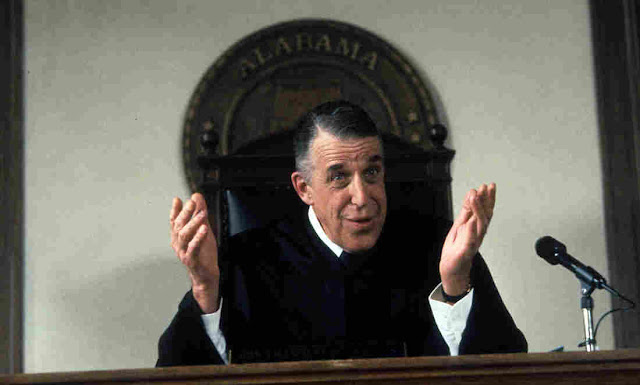 I think he lost a big opportunity to pin the Republicans down over their decision to speed through the SCOTUS nomination. Biden basically parroted the GOP talking points from 2016. That’s not really the issue. If the Democrats had been able to get the Garland nomination heard, I wouldn’t have a problem with the GOP doing the same now. The argument about how the “people need to be heard” was invalid then and now. The people were heard during the elections. Two decisive elections said that Obama should place Merrick Garland on the bench. Trump eventually pointed out that he’s the president and he gets to have his nomination. And that’s true.

The real issue is the Gumby Theater put on by the Republican Senate in 2016 and then saying the opposite now. Joe needed to point out that the Republicans changed the rules to suit their needs. They “created” this precedent and then reversed it once the opposition expected it to be followed.

As I mentioned in my last post, the GOP will say whatever it takes to get what they want, and then pivot to say the opposite as soon as it suits their needs. They literally stand for nothing. Anything they say can and will be used against YOU in a court of law.

But otherwise, I thought he acquitted himself pretty well. When Trump unleashes that “firehose of lies,” it’s hard to even know where to start. And he just went from one outrage to another. I felt bad for the fact-checkers. I bet they’re still soaking their swollen fingers.

I’m especially angered by Trump’s promotion of “poll watchers,” and how he has the nerve to complain about how they’re not being let into the polling stations in some areas. I say, GOOD! These people have no business hanging around the polls. They’re only there to intimidate minorities into leaving without casting a vote. It’s not like they can insinuate themselves into the check-in process, they have zero rights in that respect. So what are the criteria for challenging a vote? All they can go on is race and for Republicans, that’s enough. These creeps need to be given the bum’s rush out of there.

And then there was the Disavowal That Wasn’t. When given the chance to condemn white supremacists, Trump backpedaled and redirected. He acted as if it were some kind of magic phrase he needed to say to get him off the hot seat. It sounded to me like a bad boyfriend trying to get out of the doghouse with his girl… “Just tell me what to say, baby, and I’ll say it.” He sounded as if he were going to be just as sincere. The words would have rung as hollow as his soul.

But it turned that out he never said the words at all, telling the “Proud Boyz” to “stand back and stand by.” They sure got the message, too. Social media threads were rife with the celebration of their validation. He’s not even dog-whistling anymore, he’s sky-writing.

If this kind of hate speech doesn’t disgust independents, I don’t know what else will. And then our nation is truly in jeopardy.

As desperately as I wanted to go to bed as soon as this dumpster fire was over, I knew I’d toss and turn, replaying the aggravating parts in my head. I had to watch an episode of “Dexter”* just to feel clean again.

*OK, it was actually a rerun of “Modern Family.” Using “Dexter” was funnier.

I had no desire to watch. Nothing would change my mind so I watched a great baseball playoff game. I went to bed happy - hubby watched the idiots and came to be grumpy. He told me if our children behaved like that they would both get a time out. I also heard that a better moderator would be a mom with a couple of kids under 5. I think that may be the ticket.

I think you're onto something there. Arm the Mom with a wooden spoon and I promise no one would step out of line.