One interesting piece of news from last week was that Joe Manchin may be open to reforming the filibuster. Not removing it, but making it more painful to use.

I think that’s fantastic news even without going into why it’s necessary right now. Congress has been stopped up like they OD’d on a triple-decker cheese sandwich on cork and that’s because the filibuster is too easy to use.

One person can jam up progress on any issue he sees fit basically by saying “I call filibuster,” and then go skipping merrily on home, or toward the nearest dark money collection depot. Mitch McConnell issues filibusters the way Oprah used to give out cars. 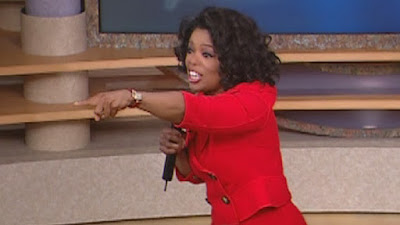 Filibusters should be used sparingly, not as a primary strategy. The Senate is supposed to be the “Deliberative Body.” There’s no deliberation when your only strategy is to shit-can whatever your opponent tries to do.

So kill it, make it hurt, or do something, or else we’ll have to get used to nothing but budgetary matters getting passed through Congress. But I still have concerns. It’s not like we can count on keeping the Senate every election. Republicans are geniuses at redirecting attention away from massive victories like the ACA or the new American Rescue Plan, and onto frivolous matters they made up, like controversies over Dr. Seuss, cancel culture, or men dressing as women and using their bathrooms.

We could very likely be in the Senate minority in two or four years. I’m actually shocked that McConnell didn’t kill the filibuster when the Republicans took the Senate in 2016.

Of course, Mitch got what he wanted (tax cuts and judges) without nuking the filibuster and that’s all he really cares about. Mitch doesn’t give a damn if social issues like anti-abortion laws get passed or not. In fact, it’s better for him if they can keep it as an issue to flog with the voters.

On the states’ side, it’s a different story. Republican state governments (like Arkansas) just passed the most stringent abortion law yet, banning it completely after six weeks. That’s before most women even know they’re pregnant. That’s not even two missed periods.

They’re counting on the new conservative Supreme Court to rubber-stamp whatever anti-abortion and voter suppression laws they can dream up. After all, that’s what they’re there for. That’s why they love the Former Guy so much… he gave them judges who would decimate Roe vs Wade and put the final screws to the Voting Rights Act.

As a male, I don’t understand how any woman could not be “pro-choice.” Being told by the state what you can and cannot do with your own body is reprehensible. There aren’t enough “fuck you”s in the world to handle what I’d have to say to someone giving me requirements regarding the function of my own body.

The GOP abortion laws are as much about preserving life as their Voter ID laws are about preventing fraud. It’s the control of women, plain and simple. As my mom always says, “If men could get pregnant, abortion would be a sacrament.”

What I always say about it is that if conservatives were so concerned about reducing the number of abortions, they’d promote birth control. But they don’t do that, do they? They screamed bloody murder at the idea of picking up the cost of birth control as a part of the ACA. And not just the Catholics, either.

So if they are against the means to prevent pregnancy, all that’s left is behavior. Women’s behavior, which they must want to control. It’s the only alternative.

The states are still moving ahead with voter suppression laws, including one in Georgia outlawing bringing food or water to those waiting in line.

See, they’re not even hiding their intentions any longer. They’re making it obvious that they want to make it as hard as possible for lower and middle-class people to vote. They create the long lines by eliminating options to voting on Election Day, like voting via mail, and eliminating drop boxes and shortening early voting periods, and then just to piss on everyone’s ballot, they outlaw assistance for people who are forced to wait in the lines they manufactured. And then once you’re in, they require IDs that they made harder and more expensive to obtain. In order to vote in Georgia, and other like-minded states, you have to reeeeeeeeallly want to vote. And it’s hard to convince people that jumping through all those hurdles is worth it. Which is exactly the message the GOP is trying to send.

This is why it’s so important to pass HR 1, the new voting rights law. But, alas, I think it has much going against it. I mean, no Republican will ever, EVER vote for it. They know that increased turnout hurts their chances. And eliminating gerrymandering will instantly put a slew of long-term congressmen out of office. There are no principles in play here other than their own longevity in office. Where are the big ideas? Where are the programs that make lives better? They have none. Ideas cost money and the idea of the government spending money on the average citizen is a non-starter. (Just look at the resistance to the American Rescue Plan, which truly helps millions.) To Republican politicians, the only function of government is to siphon money upwards to big business and the 1%.

The idea of a free American vote is their worst nightmare because they have no platform to run on other than smoke and mirrors. And fear. But fear is cheap. They can make you scared of immigrants, Muslims, gays, liberals, atheists, and whatnot, and it won’t cost Big Business a dime.

So, without Republican support, the only way to get HR 1 passed is to take action on the filibuster, and that’s right where we came in. And then even if it passes, there’s the GOP Supreme Court there to strike it down.

I’ve said it before, but the only way anything changes is through grassroots support for Democratic or liberal candidates. The best way to get around the new SCOTUS is to not have any odious anti-abortion bills for them to review. Granted, I’m counting on precedent and consistency. If they rule that states can regulate abortion as they see fit, then that door swings both ways. State governments can loosen or eliminate all the bogus restrictions currently in place. In order to get rid of red-state bullshit, we have to turn the states blue. It can be done. Just ask Stacy Abrams.

If we continue to build from the ground up, the top will eventually have to represent our wishes. Until then, I’m hoping for the best but I’m not holding my breath.

And now a few quick thoughts:

I saw that Biden’s dog, Major, was sent home after nipping someone at the White House. It wouldn’t surprise me if Republicans are already drawing up impeachment papers. Gym Jordan should be calling for a Congressional hearing any day now.

The other day, I walked by this on the door to our office: 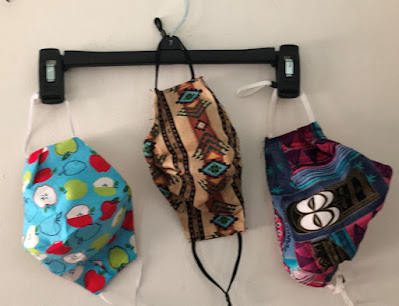 If my recollections of Total Recall are correct, maybe we need to power down the microwave.

Our governor announced that he would permit the Orioles to allow 50% capacity at Camden Yards this season, but it was up to local jurisdiction. The mayor of Baltimore said that he’d allow 25% capacity.

Either way, it’ll be business as usual for the Orioles. I don’t think they’ll have to do anything different at all to keep people six feet apart.

Can someone tell me what the attraction is between Labradors and giant sticks? This is a picture of our dog’s current collection. 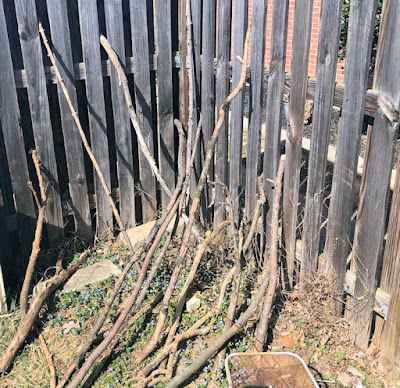 Each one is as long as a horse’s leg. One time he even brought home something that can only be described as a “log.” He seemed awfully proud of it.

Sweetpea says he’s gathering them up to give them to underprivileged dogs who don’t have any sticks.

I’m hoping the donation is tax-deductible. Or at minimum, the sticks aren’t classified as taxable income.

Good news! I think the post office log jam may finally be breaking up. This just came in the mail today: 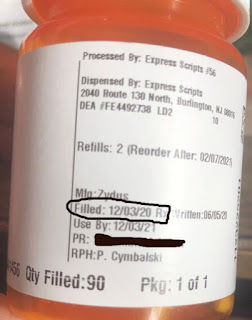 That's the prescription I ordered from my Express Scripts back in November. See? It was filled on 12/3/20. The refill date is over a month ago. Good thing it was only generic blood pressure medication and not some designer drug I needed immediately. (I had my doc write me a script for a supply from my local Walgreens, so I never actually ran out.) But I thought this was going to be lost forever. In fact, Express Scripts already sent me a replacement supply.

Not that this should buy Postmaster General DeJoy any reprieve from getting canned... I was lucky. Others had their life-saving drugs delayed and may not have been able to obtain more.