I apologize for the length between posts. There was 10-days vacation in there plus a busy weekend back at home. So let’s see what’s new…

PENdemonium
There was a story this weekend about a Penguins fan that tricked his way onto the ice in Detroit for the Pens celebration following Game 7 of the Stanley Cup Finals. He then got pictures of himself with various Pens players, coaches and The Cup.

I have two conflicting thoughts:

This guy showed creativity to get on the ice and extraordinary balls afterwards. Here’s how it started:

“So I go over in position where a family member might be, and after about 15 minutes, (defenseman) Philippe Boucher skates over and points to the guy in front of me. When that guy raises his hand, I raise mine. The security guard sees both of us, opens the door and everyone just assumes I’m a relative.”

Brilliant! Quick thinking… he’s in the door. If it were me that managed to get on the ice, I probably would have stuck to the periphery and maybe taken a couple of pictures. Not this guy:

“A couple players pick me up and swing me around. I’m spraying a bottle of champagne. Amazing. I’m in the hallway to the locker room and (Mario) Lemieux is walking right toward me. My heart is racing, getting ready to pound out of my chest. I put my arm around him, put my camera out and snap the picture. That might be my favorite.

Holy crap. This guy goes up and clamps an arm on Le Magnifique… Hall of Famer. Team Owner and 3-Time Savior. One of the best ever to lace’em up. No shit it’s his favorite shot. Then he goes into the locker room and gets a shot of himself hoisting The Cup.

This exemplifies the Wedding Crashers model… Act like you belong there and no one will ever question it. Dude’s going to have a story for the ages. If he gets enough attention for this stunt, though, he may have to worry about Matt Cooke showing up at his door one day and belting him one in the mush. 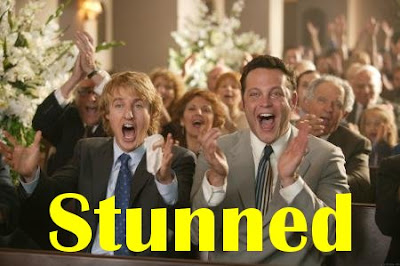 “C” Sickness
I read this Salon article about a shadowy DC organization known as the C Street House. This is an organization that is propping up (mostly) Republican conservatives with undisclosed cash and providing cover when their peccadilloes come to light. (See Sanford, Mark and Ensign, John and many others.) Their core belief is that, and I’m paraphrasing, “If you come to power, it’s God’s will; therefore anything you do while in power is excused. Rules for the common man don’t apply.”

There they are again… God’s Chosen: staining the lives of millions with their callous power plays.

They have been around for 74 years, remaining in the shadows and twisting “God’s word” into a rationale to amass power.

Read the article, linked above. Also, Jeff Sharlet, the guy that wrote the Salon article, was on Real Time with Bill Maher this weekend; you can catch a replay. If my memory of the broadcast is correct, he worked undercover at the C Street House and he knows of which he speaks. If it doesn’t make your skin crawl, true believer or not, I don’t want to know you. I was on vacation when I read the Salon article myself, it made me drink for 9 solid days in a row, just to numb the pain. (OK, it wasn’t just the article.)

Doonesbury is also running a story arc on C Street House this week. Access it here if you don’t get the newspaper.

Say what you want about religion, and I usually do, using this holy halo to obscure the very common quest for money and power is an insult to all that are true to their faith. Last I heard, Jesus threw the moneychangers out on their well-fed asses. We ought to do the same to these ass-clowns.

Bugger and Fries
Speaking of horse fuckers, I don’t know if this guy is a high-level conservative but maybe the C Street House can help out a brother with a big PR problem. If you think boning your staffer’s wife or shagging an Argentine babe is a prickly problem, what if you were caught on tape screwing a horse?

A lady in Columbia SC kept finding stuff moved around in her barn and horse was acting strange and getting infections, so she set up a camera to tape the horseplay. She went back through the tape and there it was… Dude ambles in, piles up some dirt and hay behind the horse, and has at it. She didn’t call the cops yet because she was sure he would come back. (Apparently, once you go mare, you just don’t care.) So she staked out her barn with a shotgun and sure enough, there he was again…THE SAME GUY THAT HAD BEEN CAUGHT BUGGERING HER NEIGHBOR’S HORSE earlier this year! She chased him into his pickup truck and held him there at gunpoint. And that’s what they charged him with… “buggery.”

First, I have to admit that it totally cracks me up that there is an actual crime called buggery. Hedley Lamar would be impressed.

But geez… I’ve heard of guys addicted to horse, but this is ridiculous.
Mr Ed was not available for comment. 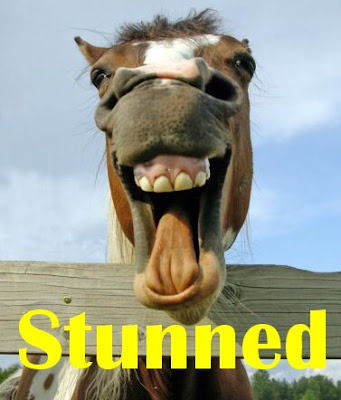 Drink Comes With Free Prize
On a lighter note, there was an amazing foul ball catch by a fan (aside from my previously related one-bounce foul ball a couple posts ago) at a Phillies/Diamondbacks game, in which said guy one-handed a foul ball on the fly, while holding his toddler son, who was in turn holding a giant Pepsi cup. You can see the video of it here.

This is the kind of catch that should be heartily applauded. However it should be noted that the game took place in Arizona, and not Philadelphia. Otherwise he might have been tempted to throw it back and probably end up tossing his son back onto the field.
Posted by bluzdude at 7:37 PM