In the immortal words of Myron Cope: 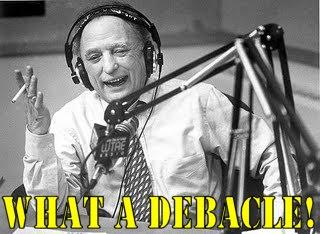 I can’t believe we lost to those clowns. The Steelers dominated every facet of the game for 3 quarters and then just fell the hell apart.

Lets go to my notes, so I can remember what I thought about the game. But first, a word from our sponsor: 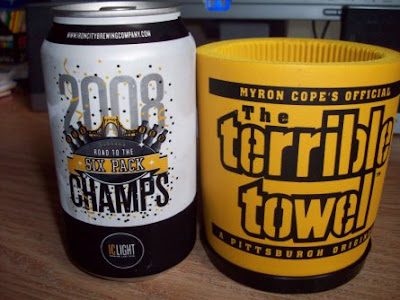 Today, to get into that ‘Burgh mood, I’m enjoying some IC Lights in the Extra Special 2008 Championship Tribute Can! So special, in fact, that they don’t even have to mention the Steelers, football, the Super Bowl or Lombardi Trophy for us to know what it’s all about. I guess they were too cheap to acquire some of that Extra Special licensing from the NFL. Remember the days when the actual Steelers were on the Iron City cans? 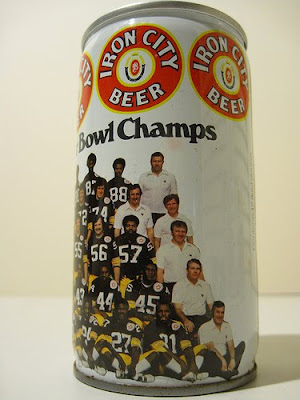 Those were the days. Any time the Steelers so much as sneezed, Pittsburgh Brewing Co would have a commemorative can out. They used to be quite a find, back when I was collecting beer cans rather than emptying them.

OK, bring on the notes:

* Ben spent most of the game looking like he could do whatever he wanted with the ball, just zinging it all over the place.

* Rookie Mike Wallace channels William Wallace and finds freedom all over the secondary. Every time it was 3rd down, it was a strike to Wallace. The kid’s going to be a good one. With a little more oomph on the ball, Ben has a long TD to Wally, rather than a 51 yarder. If he doesn’t have to wait on the ball, he walks into the end zone. Good luck getting back on the field, Limas Sweed. (And I wrote this even before Sweed dropped that perfect pass in the end zone.)

* Fast Willie Parker shows up today, but only when he can run wide. There’s still not much for him there between the tackles. If it were me, I’d run him wide looking for cutbacks all day.

* The Big Snack closes the fridge all over Carson Palmer. That’s a guy I do not want falling on me.

* Keyaron Fox annihilates a guy on special teams. Dude is a wrecking ball coming down on the kickoff coverage.

* We’re only up 13-3 at the half. Steelers should be crushing them, given this kind of statistical domination. At least Skippy is back on track with 2 shorties.

* Can’t blame Ben on the INT. Even I could see that Santonio was supposed to read the blitz and come back on that ball. It’s a shame to spot these guys a quick 7.

* What the hell is up with Chad Ocho Flake-O? Shushing the home crowd after a catch? Am I missing something or is that just another WTF moment from Planet Spaceballs? He needs to learn the art of timing from Max Talbot.

* Congratulations to Hines for hitting 10,000 receiving yards. Good on ya, Mighty Mouse! Sure you committed 2 penalties for blocking those poor defenders too vigorously, but you always make it up to us.

* The only guy more “money” on 3rd down than Hines is Heath Miller. Heath delivers every time.

* Holy ghost of Sam Wyche! The Bungles execute a fake punt, but miss a 52-yard FG themselves.
Steelers go conservative and go 3 and out. You know, we don’t have the Bus any more to grind out yards. Maybe we should forget about 4th quarter Cowher-ball and keep attacking. It seems to me that they can still burn clock by getting a couple of first downs.

* The Steelers impervious defense is looking very pervious in the last couple 4th quarters. Bengals execute 2 long drives when all we need is a stop to win the game. Converting on 4th and 15 is just sickening. When the Bengals got the ball at the Steelers 40, I wrote in my notes, “I have a bad feeling about this.” 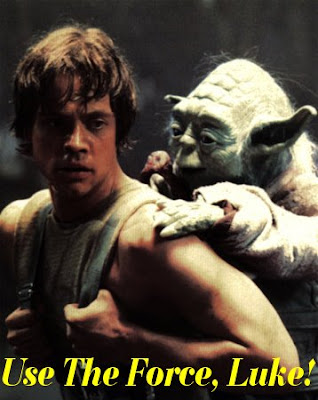 * Sadly, the Bengals left only 14 seconds for Ben to use The Force. Rashard Mendenhall pisses away most of it with a lot of dipsy doo on the kick return. Why not just get what you can then get down and give Ben a chance for 2 plays rather than a single 60 yard heave? (That comes up 10 yds short, even if complete.)

* Game over… the Clowns are running the circus.

Mojo Recap
Going to retire the white Steeler shorts for the season. May still use the Willie replica for home games, as it was victorious at home vs. the Titans, but it should be retired for away games.

Next week, I’ll be attending the Sunday night game in Pittsburgh against the Chargers, so I’ll have my first crack at in-person mojo. Looks like I’ll just have to go there myself to make sure everything gets done right… Who’s got Tomlin’s cell number?