Again, With the Awards

Well, the Orioles lost last night, leaving the Yankees to move on to the last round, so there will be no further baseball posts for the year.  It was disappointing, as I’m sitting on two pairs of now-useless tickets for the AL Championship Series, but at least I’m getting $360 back, plus all that money not spent on beer.  It’s all good.  The O’s had a terrific year, making a strong playoff run, after having been picked by most everyone to finish last in their division (again).  I look forward to a strong 2013 season.

Leave it to my fellow bloggers to lift me back up out of the doldrums.  Last Thursday, blog friend Val of Valerie Nunez and the Flying Platypi threw me a couple of blog awards.  Somehow she knew, a day beforehand, that I’d need some cheering up.  This doesn't surprise me, because Val is completely insane.  I say that in the nicest way possible.  She’s the kind of person where I’d like to move into the house beside hers, just for the entertainment value.  I mean, who knew how much fun you could have with a mannequin arm?  Thanks, Val!

Anyway, she gave me 2 awards.  I already have the Versatile Blogger Award several times over, so I’ll just add her name to the “thank you” caption (down on the right-hand side of the page) and ignore all the rules.  This should surprise no one, because I almost always ignore award rules.  Unless I don’t.  (I've answered those questions before, anyway.)

The other award is the Liebster Award.  I don’t know the back-story for that one, but there were a number of rules with that one too. 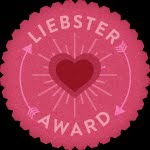 * Post 11 things about yourself.  Nope.  I've done this several times before, plus after almost 3 and a half years of writing this blog, is there anything you don’t know about me?

* Answer the 11 questions the person giving you the award has set for you.  Well, Val didn't specify any questions, but I’ll answer the ones she was asked, because they look interesting.

* Choose 11 people to whom you forward the award.  Nah.  To me it’s like assigning homework.  Not my place.

* Create 11 questions for those you give the award.  See above.

1) Do you have any phobias?  Several, but the one that comes into play most often is calling strangers or businesses on the phone.  I will do most anything to avoid making calls to people I don’t know.  It’s crazy.  But that’s why they call it a phobia.  I’m looking forward to becoming filthy rich… then it will just be a quirk.

2) What’s your favorite season?  Fall, of course.  Crisp air, bright colors, my birthday, Halloween, football and hockey start up. (Well, maybe not this year for the hockey.)

3) What’s the inspiration behind your blog title?  It sums up my attitude toward religion and social conservatism.  I believe in science over mythology and that colors most everything I do.  (Except for game jersey mojo, of course.  But even then I gather and analyze data.)

4) Where is your favorite place to shop?  Amazon.com.  No clutter, no rude people or clerks, and I can dress like a schlub without worrying about becoming one of the People of WalMart.

6) Do you have a favorite room or spot in the house?  The reclining seat on the end of my sectional sofa.  That’s my spot.  I like it there so much that when I have to leave it to go back to work after Christmas vacation, I suffer post partum depression.

7) Do you have a favorite quote? See the next section.

8) What made you start blogging? I've always felt the need to write. Before PCs were invented (or at least before I had one) I used to keep a journal, on and off for years.  And I enjoyed reading blogs (after I had a PC) but never felt qualified to do one myself.  But reading PittGirl’s The Burgh Blog, which later became That’s Church, inspired me to give it a shot myself.  I didn't think I’d ever be very good at it, but it made me want to try.  It’s still a work in progress.

9) Do you have a Facebook page for your blog? No, early on, I decided to keep my blog life separate from my personal “Facebook” life.  Mingling the two would force me to have to argue with family and friends, which is something I’m much happier avoiding.

10) Do you have any bad habits? Yes, many.  The one I’ll list here is that I procrastinate like crazy; especially any time I need to do something that I know will be a hassle.

11) What is your dream job or career?  I’d love to be a comedy writer, where I could collaborate with other like minds to produce something truly funny.

One of the things Val did with her Versatile Blogger Award rules was that for the “7 Things About Me” part, she used movie quotes.  I like that, so I’ll do that too.  Only they’re not really “about me,” they’re just movie quotes I like.  See, even when I follow the rules, I still don’t follow the rules.  But I love movie stuff…

She didn't specify where they were from, so I won’t either, if you care to guess.  To me, they’re pretty obvious.  I’m not trying to go esoteric here… it’s just stuff I like.

Favorite Bluzdude Movie Quotes
* A riot is an ugly thing… and… I think that it is just about time that we had one!

* No more yankee my wankee… The Donger need food!

* Fat, drunk and stupid is no way to go through life, son.

* Come out to the coast, we’ll get together, we’ll have a few laughs…

* We at the FBI don’t have a sense of humor, that we’re aware of.

* The only wisdom is in knowing that you know nothing.
That’s us, dude!

* Strange things are afoot at the Circle-K. (Bonus quote from the same movie)

*Back when we first met, you were all like, ‘Oh phooey, I burned the darn muffins!’  Now you go into a bar, ten minutes later, sailors come running out.  What’s up with that?

* What Jefferson was saying was, ‘Hey!  You know we left this England place ‘cause it was bogus; so if we don’t get some cool rules ourselves, pronto, we’ll just be bogus too.’ Yea?

* Remember what the MPAA says; ‘Horrific, deplorable violence is okay, as long as people don’t say any naughty words.’

* So, you think you could out-clever us French folk with your silly knees-bent, running about advancing behavior?  I wave my private parts at your aunties, you cheesy lot of second hand electric donkey bottom biters!

* Mongo only pawn, in game of life. 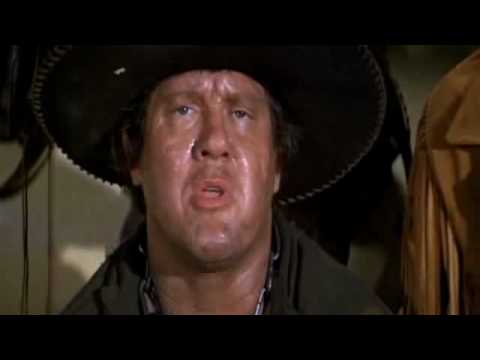 I had to close with that one.  Rest in peace, Alex Karras.