This has been one weird week.  It’s been good, but I’m glad it’s over and we’re into December now.

I had a couple days off this week, Monday and Thursday, so I spent a lot of it trying to get my place back in shape, after the Great Separation.  It’s not like Pinky left me a mess or anything… I just felt it was time to strip down some of the clutter and decorative chaos with which I tend to surround myself.

One of my attempts was to try to get rid of my old hockey gear and golf clubs, by taking them to a second hand sporting goods store.  A sign on the door saying they weren’t taking golf equipment at that time thwarted me once.  They thwarted me again when they got a look at my hockey equipment.  It wasn’t that it was in poor shape; it was just old.  Apparently the state of the art has expanded since I started playing rec league hockey in 1994, with improvements to padding and fasteners and stuff.  They let me down gently.

I fear the same when they get a look at my golf clubs.  Mind you, they’re in practically perfect condition.  I’ve only used them 4-5 times, ever.  But almost all of those times were in 1995.  I KNOW the golf club technology has grown by leaps and bounds since them.  Even my new, still-in-the-box golf balls have lost compression, according to my brother.

So yesterday, with a heavy heart, I tossed my hockey bag into the apartment’s dumpster.  As for the golf clubs, I may try to move them on Craig’s list or something, as a beginner’s set.  If no one bites, to the dumpster they go.  With that weird hive condition I get on my hands, I’ll never be able to use them again.

Thanksgiving was nice… I went to my brother Ed’s house for dinner and football.  I always have a blast there, just hanging out with my nephews.  Daniel, 14, is never at a loss for words.  And that led to this exchange, over dinner:

Daniel: If Bigfoot were real, I’d go on that reality show where they go out and look for him.

Ed:  Seriously?  You’re too afraid to take the garbage out at night. 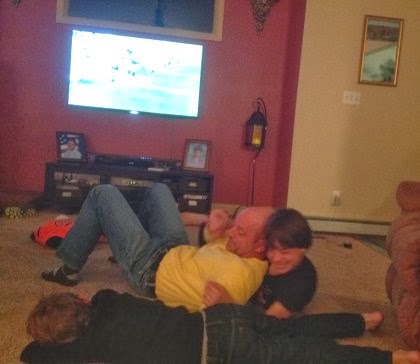 The boys and their Dad, wrassling it out and working off dinner.

I stayed through the first half of the Steelers-Ravens game, then made a break for home at halftime.  The Steelers were losing, so for mojo purposes, I figured I’d better try to change locations.  Of course the fact that I had to go to work on Friday also played into it.  When the game was over, I knew I’d just want to tumble straight into bed.

The Ratbirds won, when one of our guys dropped a pass in the end zone, on a 2-point conversion that would have tied the game with time running out.  But all anyone wanted to talk about the next morning was how the Steelers’ coach Tomlin had a foot on the field during a long kickoff runback by the Ratties.  They claim that the runner wouldn’t have been caught from behind if he hadn’t had to change course.

I don’t know if that’s true or not, (I kinda doubt it), but it’s funny to me how the fans and media seem to want to make a big deal over it.  I mean, their team won.  Why collect excuses for a game they already won?  It’s not like they can claim official bias (like usual).  The refs pulled two separate Steeler touchdowns off the board… how biased can they be?

At least I didn’t have to talk about it on Friday, when I went in to work.  I was the only one in my area of the building.  The entire place, all downtown, for that matter, was like a ghost town.

In fact, I had to settle for my 3rd choice of eating establishment, for lunch.  The first two places I went were closed, so I ended up back at my favorite pizza shop.  There was nothing wrong with that, it’s just that I was already there on Wednesday.  I didn’t really need another big, carb-laden meal.  But it was so good…

Saturday was the annual Ohio State / Michigan slugfest, and this one went right down to the wire too.  Michigan had the chance to tie the game with an extra point, but chose to go for two (and the win) instead.  Ohio State intercepted the pass and essentially ended the game.

To remind you of the importance of this game to us Midwesterners, check out this classic ESPN spot.  It’s old, but it still kills me.

Thanks, Dad, for sending it around again.

Lastly, let me leave you with this… It’s an email exchange I found recently, between a friend from our former Treasury Department and I.

Bluz: I think that in the Treasury Dept, you should make it a rule that every “S” should be written as “$”.

Bluz: Great, now spread the word to your minions.

Bluz: Have the minions write the policy, create the forms and build the web portal.  That’s what they’re for… to do your bidding.

T-Gal: Except I’m the minion.

Bluz: Then you need to get yourself some sub-minions.

Description:      One that I can send to do my bidding.

Mind you, this exchange took place in 2008, which long pre-dates: 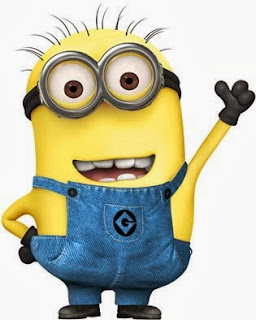 I was thinking a minion would be more like: 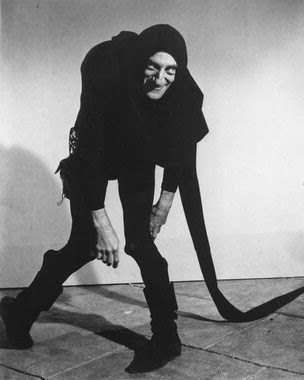