What I Did on my Summer Vacation Pt 1

As is my custom, I went down to see the folks in Florida over Mother’s Day weekend, Thursday through Tuesday.  (Hence no post last night.)

I had a couple nice surprises on the flight down.  First off, I scored the coveted “Empty Middle Seat!”  "Wahoo!  Armrest, you’re all mine!"  The other cool thing was that I was in a brand new 737-900ER.  The overhead luggage racks folded way up out of head-bumping range, AND, there was a cool, interactive video touch screen on the back of every seatback. 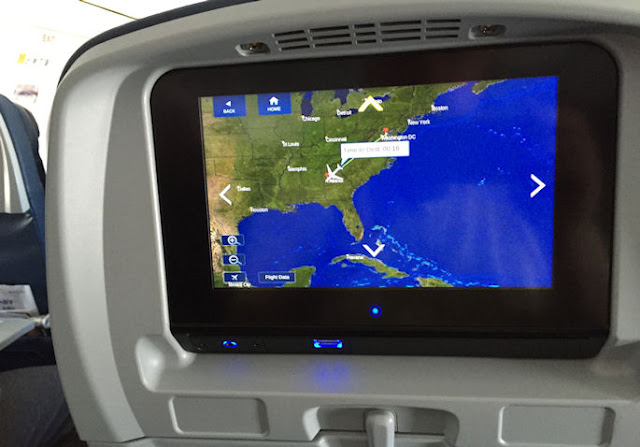 Not only could you track where you are and get all the flight data, it offered games, music and video streaming.  Not that I used any of that, but it was a nice diversion.

On the second leg into Pensacola, I had no such luck. 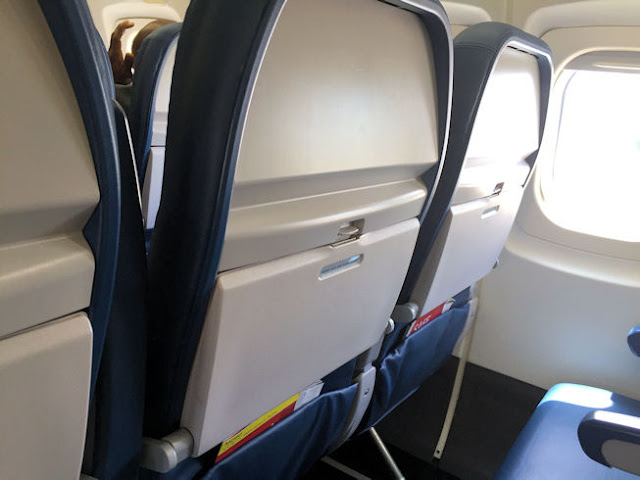 “Where is my damn touch screen?”

I get spoiled so easily.

You know, every time I see the wing flaps come up upon landing, I expect to see clothes and luggage come flying out.

Random question: I wonder how many celebrities I’ve passed in airports, without noticing, because I was so focused on getting where I had to go?  I’m usually pretty focused on my destination.

This day, I had about an hour and a half to kill so I figured I’d get lunch.  I then had the best fried chicken I've had in years. Who knew it would be from a place in the Atlanta airport?  Crispy, tasty and juicy all the way through.

Funny, I just wanted something light. My Airport Eats app said there was a Nathan's on my concourse. I figured a couple of dogs would be just right; I'd have something to do to kill the time without ruining the big dinner I was anticipating upon my arrival.

I went to where the app said it was, but no Nathan's. Checked the terminal map, which confirmed it. So I had to troll for someplace else to park it and grab a bite.

Then I saw this Southern Fried Chicken place, Pascal’s, and once the smell hit me, it was all over. I only ordered a 2-piece, which I thought would be light. Then I saw it came with two sides. And a biscuit.

And somehow, I managed to eat dinner too.  Oy.

Going down to see my parents isn’t exactly a thrill-a-minute ride (nor do I want it to be).  But each day we usually have one particular event or excursion to do.  On Friday, it was going down to Joe Patti’s fish market. 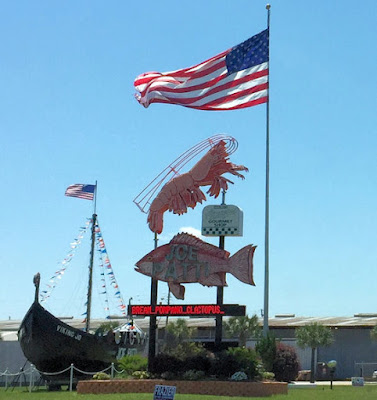 Subtlety is their middle name.

The place was jammed and I could see why.  There was a huge assortment of fish laid out on ice.  I swear, with this many fresh fish options, I could give up meat.

After Joe Patti’s we went to a place called Five Sisters Blues Café.  Wouldn’t you know, they also specialize in fried chicken and blues music.  So I had some more tremendous fried chicken.  (Dad had a rack of ribs, which were also delectable.)  Sorry I’m omitting so many food pictures… by the time I thought to snap a pic, the meal was gone.

We got home in time to put on the Buccos game.  I rarely get to see the Pirates play, but Dad has the MLB package and on Central Time, the games start early.  Was nice to catch up.

Because we were all pretty jammed, it was a light dinner of crock pot back macs and salad. 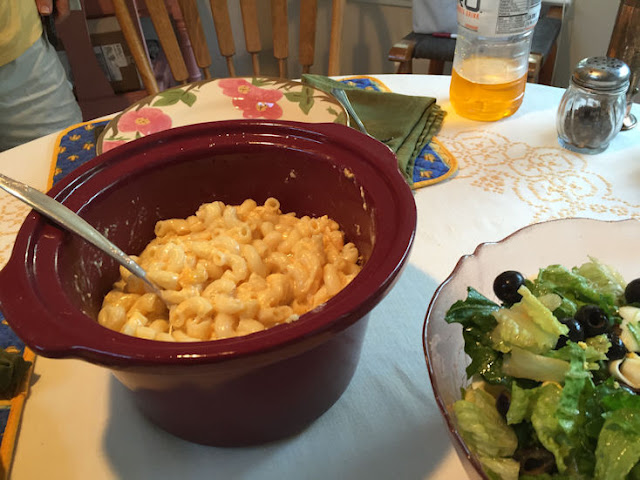 Many childhood memories are contained within a crock pot.

By Saturday, I remembered that maybe I should enjoy the pool! 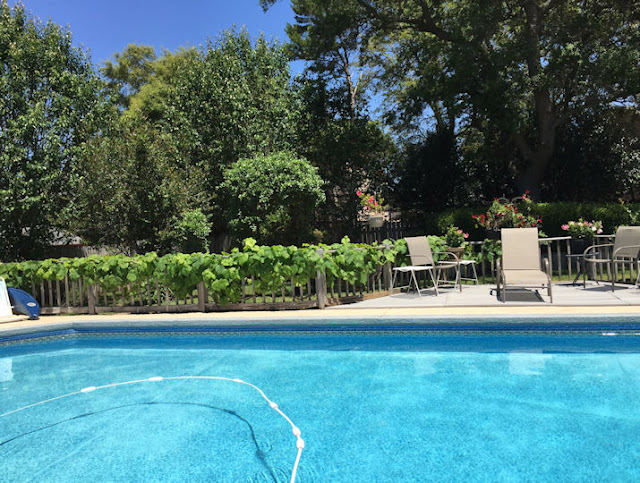 My last couple of visits, the weather was pretty crappy. But this week, it was absolutely glorious out.  No clouds, blue sky, all week.  Score!

Even the famous Weather Stick was pointed in the right direction.  (Or maybe it was just glad to see me.) 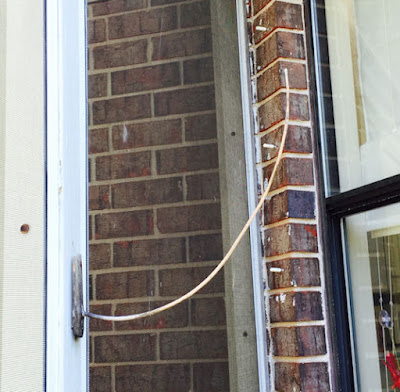 I’ve always enjoyed watching all the geckos run around in the backyard, but this week, I learned that my mom is naming them.  There’s Maurice, Cecil, Marcel and Cedrick (pronounced Ceedrick).  I don’t know why they’re all boys and skew European.  I guess when you’re retired, you have time to work on stuff like this.

I’m not sure Mom can tell them apart, though.  My theory is that the first one she sees on a given day becomes Maurice, and the others are named from there.  They probably fight over who gets to be Maurice that day, because Mom says he’s the one in charge.

TV was the big excursion for Saturday… The Buccos came on even earlier, then there was the Kentucky Derby followed by the Penguins playoff game vs the Capitals.  For such an auspicious occasion, Dad broke out the good stuff: 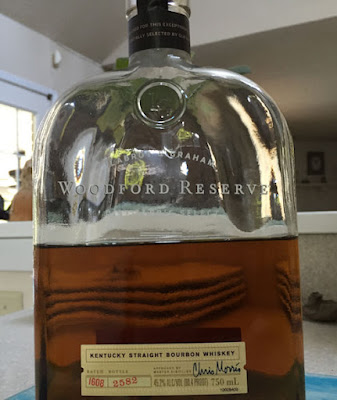 This stuff was seriously smoooooth.  Probably the best bourbon I’ve ever had.  Thanks Dad!

The Penguins played the night before I left for Florida and the night I came home.  There was only one game while I was there, which meant I only had to bring one game jersey.  For once events conspired to help me pack light.

My carefully selected game jersey mojo failed me though, as the Pens went down in flames.  I’m going to have to sit in another chair next time I’m there for a game.  Pittsburgh never wins anything when I’m watching from the folks’ house.

Mother’s Day was Sunday but that didn’t keep my folks from making their weekly pilgrimage to Walgreen’s.  If they don’t show up Sunday, the cashiers start calling the hospitals.

After some more pool time, Dad grilled some steaks to go with Mom’s chicken, sautéed mushrooms and roasted potatoes. 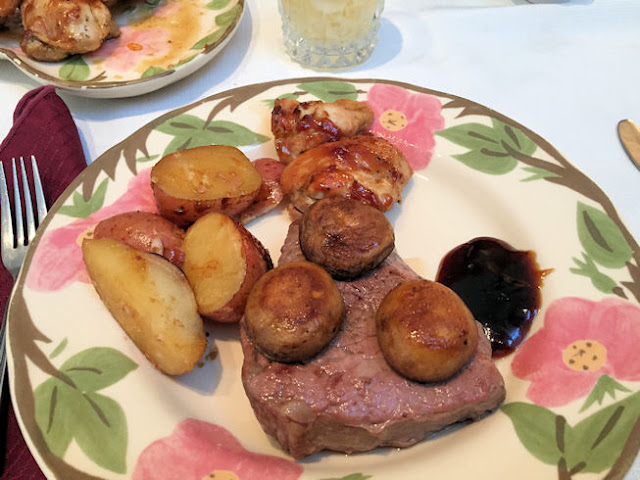 We tend to pick the “off days” to go down to the beach, so that was our Monday excursion.  We had lunch at a new place right on the beach, beside the pier. 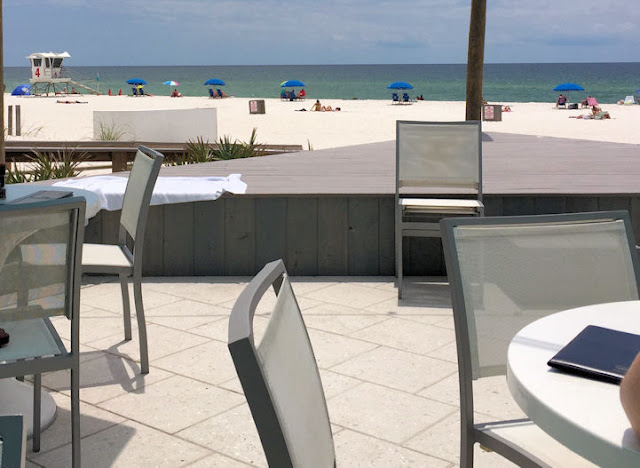 Their fries were kind of strange… I’ve had curly fries before, but these were like curly wedges. 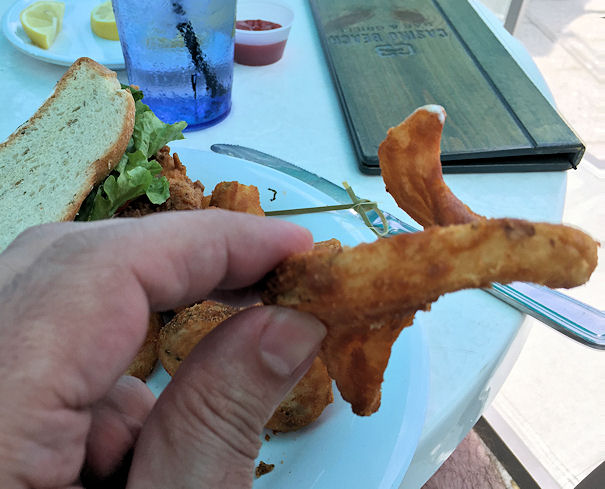 It was like you had to corkscrew them into your mouth.

It was conveniently placed so that we could enjoy a post-lunch mosey along the pier. 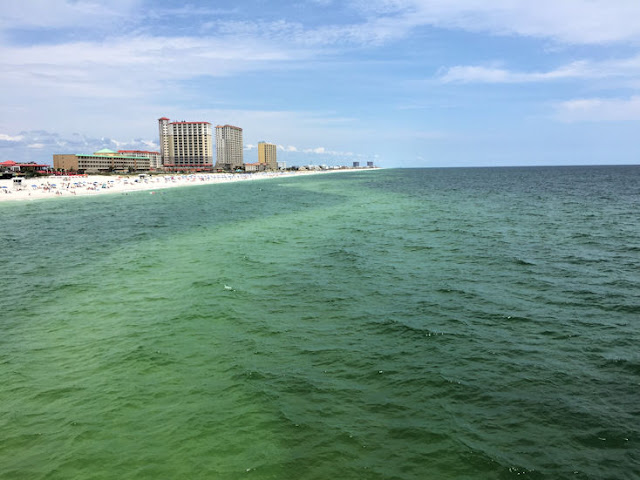 Shot from the pier, you can see why they call this the Emerald Coast.

There’s a lot of weird stuff on the pier, from excessive signing explaining the myriad of things you’re not allowed to do, to this guy. 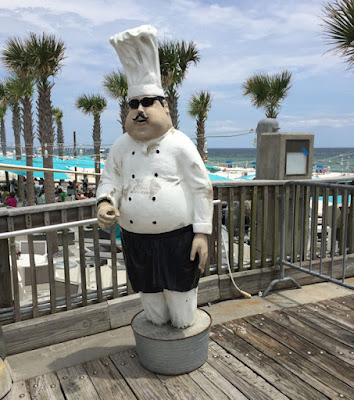 I think this is a warning to prospective kitchen help, demonstrating what happens if you screw up an order.

Tuesday was the first rainy day of my trip and luckily, that’s the day I came home.  (I heard through the grapevine that the weather stick looked very sad to see me go.  Not so sure about the parents, though…)

You may think that all we did over this trip was swim, run menial errands, watch TV, have cocktails and eat… Well, that IS what we did; what’s it to ya?  That’s my kind of vacation.

Thanks, Mom and Dad, for the great good hospitality!  Tell the geckos I’ll miss them. 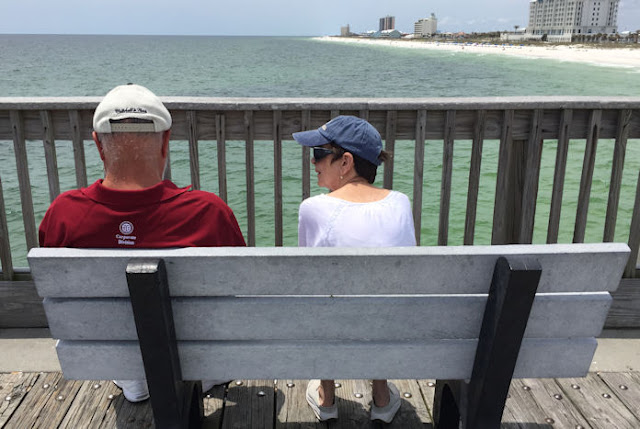 Director's DVD Commentary: Part 2 of this series will continue after my annual Ohio vacation, this August.

Maurice and the guys miss you already. They've never seen a critter that much bigger than they. Neither have we and we miss you much.
Thanks for abetting our silliness.

Looks like fun in Florida! My parents were there from '92 to '06 (Atlantic coast) which was always a nice change from where I am.

A great vacation includes good eats. Sounds and looks delish. So did you go in the ocean?!

I put my Recchi jersey back on tonight. The last time I wore it, the Pens lost (Rangers series, I believe), but I think new series means new mojo. (I based this on the Pens record when I wear certain t-shirts. But if we lose tonight, I may have to say good-bye to the jersey until October.)

New series can definitely mean new mojo, except when it doesn't, like when you're on a streak... Like I am with this Malkin third jersey. Let's go Pens!

We never made the ocean... That's on the other side of Florida. But those beach pix were from the gulf coast.