Odd Bits - The "What Deficit?" Edition

I had this all teed up from last Wednesday before 45 even released his comprehensive 1-page tax reform plan.  An article in the Baltimore Sun caught my attention: 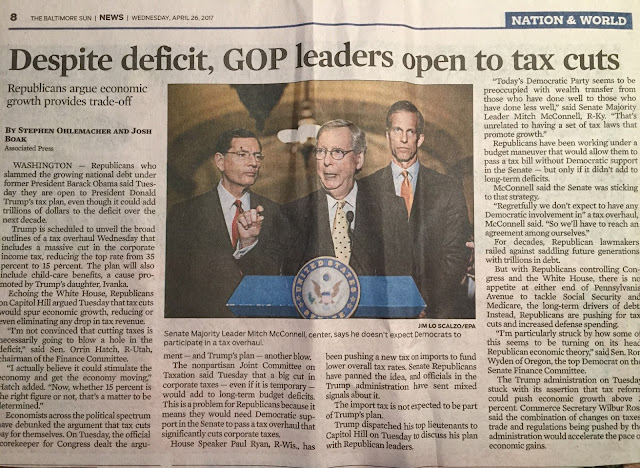 Mitch showing how much tax relief the middle class can expect.

I didn’t even have to read the article to get all wound up.  GOP leaders open to tax cuts?  No fuckin’ shit.  That’s their default position!

But this was back before they knew how skimpy and detail-free the president’s “plan” would be.  Not that it really mattered.  Republicans are still clinging to the illusion that tax cuts for the wealthy trickle down to the rest of us.

Senator Orrin Hatch said, “I’m not convinced that cutting taxes is necessarily going to blow a hole in the deficit.  I actually believe it could stimulate the economy and get the economy moving.”

Yes, and elephants “could” fly out of my butt, Orrin.  Anything “could” happen.  But experience and a long memory tell us that it won’t.  Where was all the trickle-down from the Bush tax cuts?  Or from the Reagan tax cuts.  Both led to massive recessions that had to be fixed by the succeeding Democratic administrations.

Also, as I repeatedly state, look at Kansas, who upon gaining the Republican nirvana of control of both state legislature and the governorship, unleashed massive tax cuts for businesses and the top earners, which immediately tanked their economy and triggered large budget cuts to essential services.  GOP wet dream, huh?

When they cut taxes for the upper echelon, the only things trickling down to the rest of us are the tears of laughter from the one-percenters, howling over how the voters bought their bullshit yet again.

The other thing is the ringing silence from the deficit hawks.  There’s no question that these proposed tax cuts are going to run up the deficit.

When Obama proposed, well, anything… from infrastructure fixes to foreign aid, or even hurricane relief, the Tea Baggers howled in protest, waxing dewy-eyed about the deficit and leaving our children a bill they can never pay off.

But put a white guy in office who wants to slash taxes for the wealthiest among us?  Crickets… 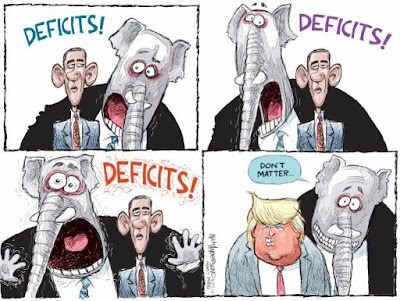 It just goes to show how hypocritical the Tea Party movement was, and how racist.  If they were genuinely concerned about the deficit, they would be pitching the same rallies now.  But they’re not.  And that’s how they’ll go down in history: a racist response to a black guy trying to spend “their” money.

Skipping the “Free” part in Freedom of Speech
I keep seeing complaints about how President Obama is getting paid $400k for a speech to investment banker, Cantor Fitzgerald.  Perhaps someone can explain to me why there was no protest of every other former president or politician making paid speeches.

It’s the same shit again… it’s only wrong when Obama does it.  Republicans practically invented the former pol paid gig, but they want to criticize this guy. 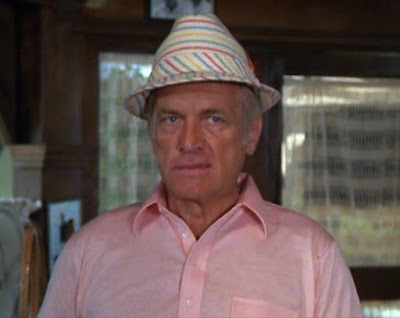 I bet if Obama had turned down the speaking gig, the lead story on Fox "News" would be, "Obama refuses to speak to 9/11 survivors."*

Granted, Democrats are complaining too, but I don’t see the problem.  He’s the ex-president, with a capital EX.  What’s he going to do for Wall Street that the current administration isn’t?  It was under his watch that the Consumer Financial Protection Bureau was created.  There’s nothing Wall Street would like more than for that to go away so they could go back to misleading their customers with fine print legalese.

*Cantor Fitzgerald was one of the companies decimated in the WTC collapse.

Draft Day
While I didn’t watch any of the NFL draft last weekend, I was keeping tabs on who the Steelers drafted.  I’m pleased with their top pick, TJ Watt, brother of NFL standout linebacker JJ Watt.  But to me, the best news was when I saw they drafted a wide receiver from USC named JuJu Smith-Schuster.

Now all they have to do is draft a guy named “Mojo” and I’ll never have to worry about what game jersey to wear.

As my dad pointed out, Myron Cope would have loved this guy.  Guaranteed, he never would have used his full name…  He’d be just JuJu for eternity.  In fact, I don’t think anyone in The Burgh is going to bother with the “Smith-Schuster” part.

I just hope this guy’s shoulders are wide enough to fit all those letters on the back.

Hog Wild
Just to finish up on a happy note, did you see the story about how three ISIS guys were killed by, get this, a stampede of wild boars?

There’s only one reaction possible…

I know bacon is supposed to kill you, but I always thought it took a while. 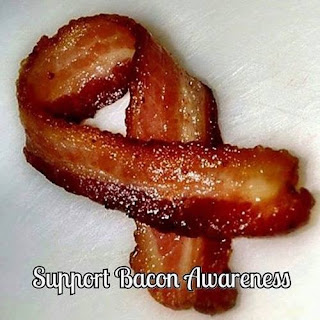 This wasn’t even good revenge for the pigs, either.  The ISIS don’t eat no piggins… I say if they wanted real revenge, they should have stampeded through a SEC tailgate party.

And this must have been one great final insult to those poor slobs… killed by the very things they revile.

The only thing that would have made it better would be if the hogs were wearing bikinis.  Or were educated.