So, how was your week?

Lol… geez, I swear last week seemed like a month of real-time. If I’m ever given a week to live, I’ll go back and try to channel that one.

I probably watched more cable news last week than I have in the last five years combined. But it paid off, didn’t it? We finally got rid of the orange pox on the nation’s political hiney. Not that he’s going quietly or painlessly… he’s more like an inflamed hemorrhoid that just won’t let go.

Maybe we overestimated his capability to use the court system to cling to power. From what’s been filed so far, his legal strategy has been as well thought out as his White House personnel decisions. Judges right and left, from the Right and Left, are throwing out his lawsuits as soon as they’re heard because they neither make sense nor contain proof.

As I’ve said before, Republicans don’t believe in anything but that which helps them at the moment. But why Trump insists on stopping a vote count while he’s behind is beyond my capability to understand. Even with a court packed with Republicans, who are probably itching to make a decision that helps the team, apparently, there has to be some kind of legal cover onto which they can grab. Stopping the counting of legally-cast votes is kind of a big reach.

I bet the Supreme Court doesn’t want any part of this. Well, Roberts doesn’t; he’s the only GOP-Appointee who cares about SCOTUS’s reputation. He knows that finding in favor of the president to disregard legally-cast votes would turn the court into a supreme joke. If they can avoid being tarred with Trumpian legal feces, they can then get on with the mundane duty of sustaining Big Business’s ability to reap obscene profits at the expense of the earth, climate, and average taxpayer, and ensure the ruling status of the White, Christian, male.

While we didn’t exactly get the Blue Wave we were promised by the pollsters, it wasn’t exactly chopped liver either. Joe Biden has the highest ever vote count for President, which is, at the moment, 4.5 million more votes than Trump.

To me, the funny part of that is that it’s 6.1 million more than Obama got at his peak. What that says to me is that people were so put off by the orange menace that they got off their collective asses and turned out 6.1 million eff-you votes for Joe Biden. Either that or they just reeeeeally hated Hillary. 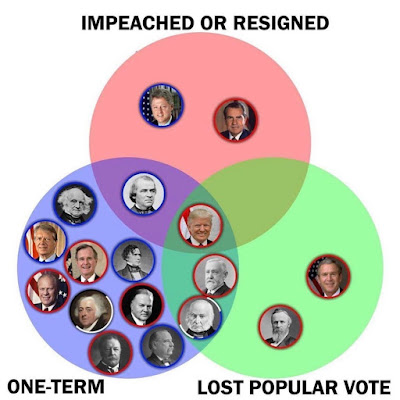 I am pretty disappointed in the rest of the elections though… losing seats in the House and not flipping the Senate straight away. I know there’s still the Georgia runoff, but I’m not optimistic about that, not while they have a GOP governor and secretary of state, both of whom have shown no qualms about putting their thumbs on the scale in favor of their side. Don’t be surprised if several hundred-thousand black people in and around Atlanta suddenly get dropped from the voter rolls in the next two months, under the guise of fighting voter fraud. Stacey Abrams may not have enough time to work another miracle.

How Lindsey Graham and Susan Collins survived, I have no idea. And Mitch, well, that’s a travesty. Kentucky deserves a crooked, scheming, slug, like him. This is the second time during the existence of this blog that I’ve had to accept that there will be six more years of this walking intestinal blockage. This guy is going to obstruct President Biden like a triple-decker cheese sandwich on cork. And now, after the Democrats raised the specter of changing the filibuster rules, without actually winning the Senate, I won’t be surprised if Mitch beats them to the punch.

He’s also said that he intends to block Biden’s cabinet nominees. But I’ve heard a couple good counter-measures. First, Biden can just appoint “Acting” cabinet members, just like Trump did. And if anyone complains that they’ve exceeded their maximum time in an “acting” position, then pay it just as much mind as Trump did. (Zero.)

But my favorite plan is for him to provide his full slate of nominees and when Mitch bottles them up, appoint a group of acting directors that are so reprehensible to the GOP, he’ll have no choice but to approve the original slate. People like Hillary for Secretary of State, Obama Director of National Intelligence, Robert Mueller for Attorney General, Al Gore for EPA, like that. The Republicans just spent four years playing no-holds-barred, take-no-prisoners politics. It’s time for the Democrats to do the same. As the old established GOP slice of wisdom goes, “fuck their feelings.”

I also like the idea of appointing some Republican Senators whose home state has a Democratic governor, who can appoint a replacement. That’s some hardball to play.

But back to the races, I just don’t know how there can be a significant number of people looking at the last four years, which included the negligent homicide of over 225,000 people, and say, “Yeah, I want more of that.” More lies, more science denial, more hostility to our allies, more racism and persecution of immigrants, more condoning of police brutality, more of stuffing the LGBT community back in the closet, etc. Are there really 71 million of such people who think that’s the way things should be? It saddens me. Presidency or not, we have a lot of work left to do.

Or maybe Trump will continue to hold his super-spreader rallies and kill off the rest of his base, so they won’t be a factor in 2024.

We may not be able to pass any grand programs in the next two years, but at least we can have a go at undoing Trump’s heinous Executive Orders. I’m glad to hear that people in the Biden camp have been keeping track of what can be done by the President without having to pass the Senate. And whatever Trump passed by EO can be reversed by EO, and that covers a lot of damage.

I just wonder if he has to file EOs one for one, or can he just issue a single, comprehensive, “Screw Your Executive Orders” executive order. Maybe he could steal my suggestion from the debates and repurpose the (Cousin Vinny) Gambino defense and issue a statement saying: “I hereby declare that everything that guy did was bullshit. Thank you.” He has to use the word, “hereby,” because that makes it official in Trump-world. 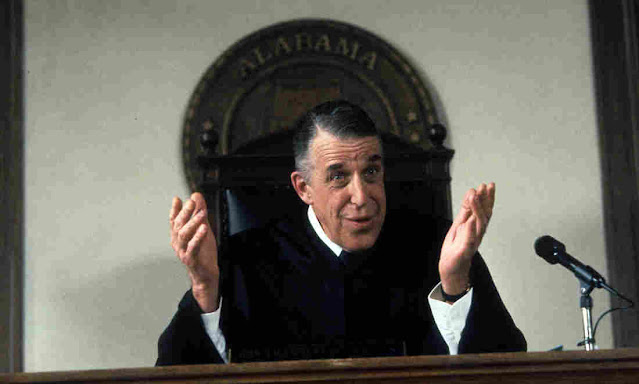 If Trump wanted his executive orders to be permanent, he should have included the standard “no take-backs” clause. Any kid could have told him that. Doesn’t he have grandchildren or something? After all, Biden has been using the “I’m Rubber You’re Glue” defense for years, to repel all the malarkey.

Now, all we have to do is convince the Right that counting legal votes after Election Day does not constitute fraud. I keep seeing these football-themed memes saying something akin to, “We won the game but now they’re putting more points on the board.”

Which would be wrong if it were true. A more accurate assessment would be like, “The game is over but the scoreboard operator was a couple days late in posting the score.” If the scoreboard zapped out mid-game, would a football game suddenly revert to 0-0? Of course not, because scorekeeping doesn’t change what happens on the field. The valid scoring plays would still be recorded. And the valid votes are being recorded now.

It’s not like the whole world couldn’t see this “protest” being set up in advance, in plain sight?

·        Hammered the message that mail-in votes are somehow inherently fraudulent, so that Republican voters turn out to vote on Election Day, while Democrats embraced mail-in voting.

·        Sabotaged the post office to delay delivery of mail-in ballots.

·        In some states, forbade the counting of early votes, for which there is no coherent reason to do so.

So now when the Election Day vote, which they sculpted, comes in early for Trump, they demand the count to stop, knowing the Dem votes had yet to be recorded. This was widely predicted and the Republicans did not disappoint. That’s exactly how it’s playing out.

“How is it possible that all these late votes are coming in so heavily for Biden?” they whine.

Because the Republicans designed it that way, with their own words and deeds. They set up their eventual appeal during the course of the trial.

It’s really quite simple. You cast the votes. You count the votes. Whoever has the most, wins. (State by state, or whatever… same principle.) As hard as the Republicans have been cheating via voter suppression and gerrymandering, it stands to reason they think the only reason Biden won is because the Dems cheated better.

They don’t understand that if we WERE cheating, we’d have gotten rid of Mitch and Lindsey, and every other Trump abettor who still defile the Senate.