The Point of Know Return

Last week ended up being a significant period of Joe Biden’s presidency, with the passage (or near passage) of a couple of important bills, and an important election result.

More Than Just Dust in the Wind

The state of Kansas spoke very loudly when it rejected a measure on the ballot designed to overturn state constitutional protections on abortion, by a margin of about 20 points. No doubt about it, this was great news. Many people are touting how much better the odds are for Democrats in the mid-terms. But I’m wary about extrapolating that success into other situations. I see a couple of big factors here.

For one, the religious conservatives who push for revoking abortion rights are not going to stop trying, no matter what courts or voters say. When was the last time one of these people said, “Hold On, the majority of our state disagrees with our position? OK, never mind. Forget it.”

These people fought a Supreme Court decision, which had been upheld at every turn, for 50 years before getting it overturned. They’re not going to let a little thing like an election stop them from stripping the rights from women. They’ll just go back to other methods, like the ones used before Roe was overturned. There will be new zoning laws for clinics, new procedural requirements, and lots of new hoops to jump through, all for the “safety of women,” of course.

If we were to Play the Game Tonight, I don’t necessarily see the Democrats flipping that many voters. They can gain by hyping the issue but it will more likely be from Independents. I doubt there will be many Republican converts. I think this motion was shot down because it was just an issue. There were no “politicians” tied to it, therefore, no personal baggage or smears. (Although I’m sure there was plenty of misinformation passed around.) I believe a lot of Republicans voted to maintain the right to safe abortions because they could do it without having to vote for a damned liberal snowflake commie Democrat.

And I also think the Republicans will have learned something quite valuable. To support women’s health? No, I’m guessing they learned not to put any more pet issues on the ballot. Even though they thought they had it rigged by putting it up during the primaries, when fewer Democrats were voting, it still got shellacked by their own people, who might not have liked giving up bodily autonomy in favor of team politics. I doubt you’ll see Republicans place any more hot-button issues on state ballots.

But maybe the Democrats should Fight Fire With Fire. It worked for same-sex marriages… I think the difference is that a lot of Democratic Party principles are genuinely popular. If we can just peel them away from specific personalities, maybe we can get back to moving in a positive direction. If a single issue like this can Carry On this Wayward State, who knows what’s next?

I had to laugh, watching the PACT bill finally pass. I haven’t seen a pale, wealthy, men backtrack that hard since Michael Jackson did the “Moonwalk.” I guess it just shows that there IS a level of backlash that will move a Republican senator.

It helps that the subject was aid for veterans, which is one of the primary flags Republicans use for wrapping themselves. It certainly didn’t look good on them considering all the huffing and puffing they did in claiming that athletes taking a knee were an insult to veterans and the military. And then there they were, torpedoing legislation to provide treatment for the vets they claim to revere, who were injured on the job. Talk about missing the forest for the trees.

I’m glad there was at least someone on that side who went, “You know, guys? This isn’t just ‘owning the libs’ here, we’re severely pissing off our own voters. We just saw what they did in Kansas… You think maybe we should rethink this PACT thing and find a different issue to use for a political stunt?

Do you remember the old WIN buttons worn by the Gerald Ford administration to promote their efforts to fight inflation? Not unless you’re at least 50, I guess. But it looks good for the Democratic version, the Inflation Reduction Act, that is expected to pass through Congress. It was a real “sausage-making” experience, with a lot of horse-trading going on, primarily with the usual two, Manchin and Sinema, both of whom watered down the original bill packages considerably. Among other things, they had to cut insulin price reductions, and let hedge fund manager tax breaks and the Trump 1% tax cuts stand, but at least it ended up as a step in the right direction.

As far as I’m concerned, they can come back for the excised issues after the mid-terms, and use them as campaign fodder in the meantime. I mean, how does a politician like Sinema insist that keeping insulin at $1200 a pop is good for anyone but Big Pharma? Whoever runs against her (in 2024) or any other Republican who supports keeping the price that high should beat on that drum every single day on the campaign trail.

Democrats should have some sure-fire, slam-dunk material to use against any Republican who’s voting to keep prices high for their constituents, on behalf of the donor class. How can any politician argue against letting Medicare negotiate drug prices? But I never hear anyone bring that up.

And the great thing is, they can get people all riled up without even having to lie. Just bring out the opponent’s voting record. “Why are they voting for this? Why did they vote against that?”

Yes, I know votes can be misleading, but they don’t have to be. Sometimes a senator has to vote against something because of an odious side issue. That’s part of the sausage-making. But there are plenty of cases, like Sinema stripping insulin price reductions out of a completed proposal. As far as I’m concerned, there are zero good reasons for that other than as a big sloppy kiss to the drug manufacturers.

There are a couple of angles to the Fed raising interest rates in the last months. The downside, of course, is that getting a loan for a house, car, or anything else, just got that much more expensive. Sweetpea and I have been lucky; our house and cars are paid for so we don’t have anything on which we’ve been paying interest.

But on the other side, savings account interest rates are rebounding as well. I noticed this last month, with my humble little online savings account. I opened it many years ago to take advantage of an offer for a high-interest checking and savings account. I think they were offering between 2-3%. But for the last five or so years, my interest rate has been adjusted down to .3%. The return was practically negligible.

It was with great sadness, today, that I read of the passing of Olivia Newton-John. The cause of death was not announced. She was 73.

I was but a boy when her first songs came out on the radio. I thought this exotic name indicated a trio… Olivia, Newton, and John. I thought it must be Newton who had the deep voice on “Let Me Be There.” (I fully admit, I was not the brightest crayon in the box.)

I learned the truth when I saw her picture on her first couple of album covers and I thought she was the most beautiful woman I’d ever seen. 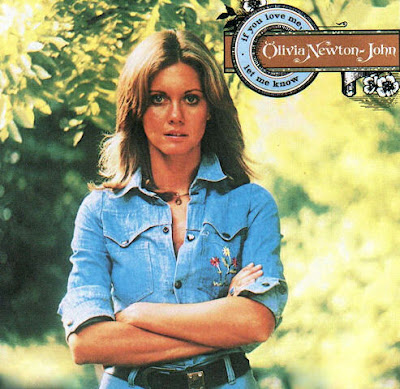 I may have been only in grade school, but I was like, “That. I want THAT.”

Even though my music tastes grew to be more BTO and Deep Purple than soft country classics, I always held a soft spot for Olivia and her light, beautiful voice. I was happy to see her continued success with her role in Grease, and then making contemporary hits like “Physical” and “Xanadu,” and “Magic,” the latter two with Jeff Lynne of ELO. She went on to fight breast cancer like a champ and make children’s albums. And I swear to the gods, she got better looking every year.

Rest in peace, dear, sweet Olivia. Here I will remain, hopelessly devoted to you. 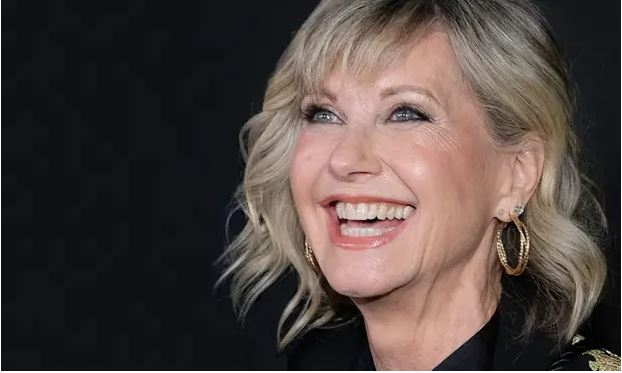 There's a lot going on Politically right now and a lot to unpack still. I'm hoping the 2022 Elections make significant change in the direction we desire but I'm guarded since the radicalized are zealous and seem way more invested in their Causes, as demented as they are, than the rest of America who seem quite complacent and oblivious, not a good combo. I had to Smile at the One-by-God Percent Interest mention, I remember the good ole days of actually making Money when it was in the Bank Invested methods of passive income flow... now, Money in the Bank is a losing proposition. I used to have paid off everything... until I needed to Adopt The Force. But, Thankfully, when Rates went to 0% for vehicle loans and 2% for the Mortgage we now have to deal with, I locked in, which helped. The Multigenerational Living thing with 3 Generations under our roof has been a Blessing financially in many ways too, but I sure do wish affordable housing could be had for the Younger people to eventually get their own places. The housing situation is dire for Middle income and Low income in our State now we have so many bailing out of high priced States and bringing those problems here to ours. The amount of far West Coast and far East Coast transplants has pretty much wrecked the low cost of living we used to enjoy in Arizona.

Can't recall whether ONJ (RIP) or Marie Osmond was my very first boyhood crush. I remember getting Olivia's Greatest Hits album as part of the Columbia House 10 or 12 for $0.99 record club deal. Ate it up then; then came KISS.

KE: Columbia House was great for kick-starting your record collection. The object was to get in, reap the initial bounty, buy your obligatory albums, then get out. Repeat every few years.

Aside from the album covers, I remember seeing ONJ on various daytime talk shows like Mike Douglas or Dinah Shore, and going, "Oh, that accent!" Aside from being beautiful, she seemed so exotic!

There are no real blonds past ten.