Last week was the week for schadenfreude, wasn’t it? I probably ought to buy some stock in Orville Redenbacher, based on all of us watching the fallout from the FBI raid on TFG. 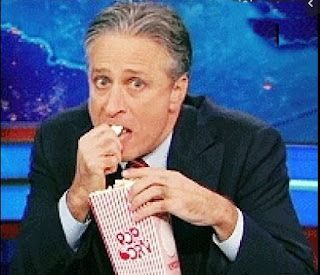 I wonder if Vegas has odds on what excuse Republicans are going to use next, trying to defend the indefensible. It sure seems like the MAGAs are using some kind of roulette wheel with an assortment of excuses:

·         Biden is weaponizing the Justice Department

They’ve got a lot of nerve talking about how Biden and the Democrats are “weaponizing Justice.” This, came from a guy that held open auditions at the end of his term for an Attorney General who would go along with his election-overturning scheme.

Again, I maintain that Republicans always accuse Dems of doing the things that they already do, themselves. From false flags to selling access, to election tampering and engineering, the GOP is already doing it all so they assume Democrats are doing so as well.

This tracks with their other principle, that if a Republican does it, it’s fine; if a Democrat does it, it’s a crime to be investigated as often as possible. Merit has little to do with it.

Lara Trump says TFG has every authority to take documents from the White House. Is she some kind of legal scholar or policy wonk in her spare time? I figured she’d have her hands full just keeping her husband from running down the street in his underpants, trying to snort up the white line in the middle of the road.

It’s public knowledge that a President can declassify certain kinds of documents. But others are off limits. And there most certainly is a process! To TFG, his process is that he waves a golf club and says, “I hereby declassify these and any other documents I want, as long as I see fit and until I flush them down the can,” and bang, it’s official. The key is the “I hereby” part. That’s his secret ingredient. To him, anything that follows “I hereby” immediately becomes the new reality.

But we can’t forget about the ceremony. I imagine that the level of a document’s importance is reflected in which golf club he waves. For the most basic, he uses the drivers. As importance rises, he moves low to high through the irons, until you get the big stuff. Nuclear secrets get the pitching wedge, then criminal evidence draws the putter.

President Obama famously had some documents moved to his presidential library. But he followed the ordained process rather than just having some flunkies load up a U-Haul. That didn’t keep the Trump camp from using him as an excuse, but you can’t blame them. They know their base believes every word, regardless of validity. Just toss out the names Barak HUSSAIN Obama or Hillary and the MAGAs go wild.

It’s too bad we may never know what he was keeping there. I mean, if it’s that big of a secret, they’re certainly not going to tell US.

But there’s a whole realm of documents that may be better classified as “evidence” that may not be so secret. Why on earth he would think something like that should be kept as opposed to flushed into the Potomac, we may never know. We'll just have to wait and see what Garland does for his next act.

It may not be glamorous but getting a conviction on something cut and dried like stealing confidential national security secrets would get the job done. Think Capone going down for tax fraud, or Mitch McDeer nailing his crooked law office on mail fraud for overbilling (in The “Firm”).

So doesn’t sound like a hard case to prove because there’s not much wiggle room. There’s no doubt he took documents from the White House and stored them at Mar a Lago. There’s no doubt that some were still considered classified. And, there’s no evidence he ever went through a process to declassify them either. (I don’t think the law will recognize the golf club waving ceremony.)

A felony conviction would preclude him from running again, with the delicious kicker that his administration made it a felony. I guess part of the original bill that said “for use on Democrats only” got killed in committee. 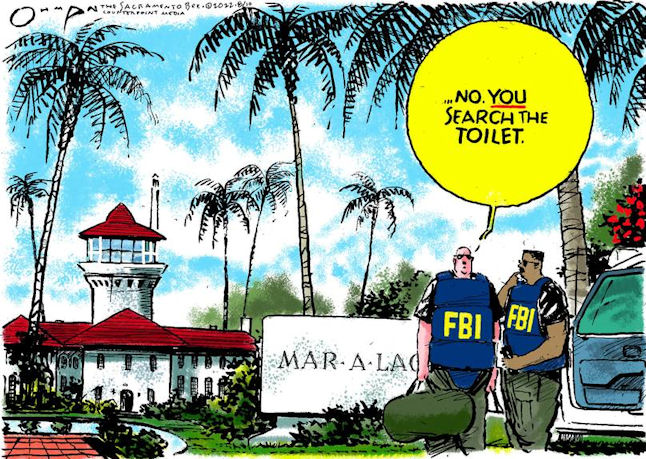 Yes, Popcorn and the Reality of stuff you just can't make up, but, I said all along he was involved in Espionage, Vlad had The Goods on him, hence their Bromance, and that the Tea would eventually be spilled by somebody. And the Fifth sure is being used and overused a LOT, Flynn was using it abundantly... guess he wanted to be the 1st American Dictator's General... how'd that work out for him?

Only criminals rely on the Fifth Amendment.*


*Unless it's a Republican, in which case, it's a critical and patriotic tool to use at any time, which as a side benefit, owns the libs.