Once again, it’s time for, “Hey bluz, what do you think about…”

…the new season of So You Think You Can Dance?  I’ve read reports that they are now going to have both male and female winners, but hang all that.  Tonight, I get to gaze for two hours at the stunning British lovliness that is host Cat Deely.  Also, I hear there’s some dancing.  The only down side is that they eliminated the second “results” show, so that’s one less hour a week of gazing at Cat.  But I’ll take what I can get. 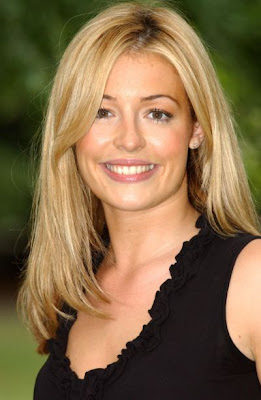 …this season’s American Idol winner?  I totally don’t give a shit.  Gee, another clean-cut white guy with a guitar wins?  I’m shocked.  That’s what, six in a row?  The Idol voting public is nothing if not predictable.

I was taking my 13-year old nephew to his first rock concert and had tickets in hand.  I’m not sure which of us was more excited.  Now, who knows when (or if) it will be rescheduled.  Last week, an “inside source” said the postponements were because the band wasn’t getting along and they hated each other.  Earlier this week, David Lee Roth said they were just exhausted from biting off more than they could chew on this tour.

I imagine that somewhere in between, lies the truth.  All I know is that they’re messing up a primo Uncle/Nephew event and I’m not at all happy about it.  It may take some real doing to get the boy out to the show on a school night.

If this is about not getting their brown M&Ms picked out of the bowl, (as a long-ago tour contract rider once famously demanded), I’m going to have to go Running With the Devil upside down someone’s head.

Search for Reality
Since this doesn’t seem to be a great news day, (and I’m ignoring all political “news” right now), lets check out some recent Google searches that have brought people here.

“Bananas go off” – Sydney Australia.  I didn’t even know they could explode.  But it does remind me of a song I used to know, “My Wife Left Town With a Banana (My baby’s slippin’ away…)”

“Asshole bullshit” – Honolulu HI.  I don’t know what one could be looking for, using a search that’s so broad.  But if anyone knows asshole bullshit, it’s this site right here.

“What is a tampon?” – Silver Lake KS.  Again with the tampon searches.  If someone doesn’t know what a tampon is, they are not going to get much help here.  (Nor even if they DO.)  What the hell is up with Kansas?  Maybe they better cut out all the Intelligent Design classes and restart basic Health and Hygiene.

“Hello Kitty birthday tampon” – Kansas City, MO.  Again with Kansas (City).  The Hello Kitty part is disturbing enough but “birthday tampon?”  WTF?  Are you supposed to light the end on fire?  And who’s going to blow it out?  This is one way to put a bounce in one’s step.

“Grade 9 sluts” – Calgary, AB.  I wonder if they’re searching for a ranking system for sluts, or loose freshmen.  Either way, sheesh…

“Diaper dominant mistress wants me a boy, to be a diaper baby” – Lakeland FL.  O. M. G.  (To Searcher): Dude, whoever you are… forget you ever saw my site.  In fact, I want you to go in and erase it from your browser history.  I’m skeeved out just knowing you were here.  And that’s just because of the incoherent sentence structure… 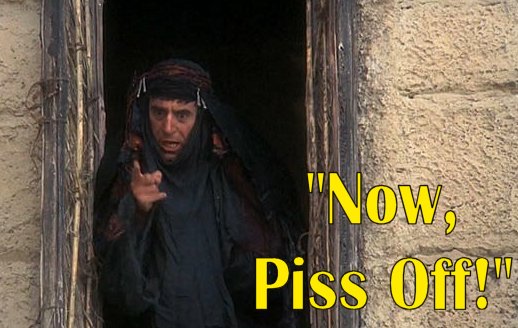