An Assault on Common Sense

With President Obama announcing his new gun control proposals this week, I figured it would be a good time to follow up on the last post I wrote on the subject.  But before I could even get started, I read this post on the humor blog, Act Classy, that basically said everything I wanted to say, and completely dismantled the arguments coming from Gun-Obsessed America.

But there were a couple of angles that wasn’t covered, and that brings me to today’s screed.

Have you heard about the NRA releasing videos calling Obama an “elitist hypocrite” for daring to try to curtail assault weapons while his daughters enjoyed armed guards?  I almost spit my Diet Coke when I read about it.

This is one of those arguments that sounds good when you’re at the bar listening to some other drunk, right up until you take a second or two to actually think about it.  The NRA is apparently trying to gain traction for their leader’s half-baked assertion that we should either arm teachers or have armed guards posted at every school across the country.

It’s a completely invalid comparison.  The president’s daughters are afforded protection just like every past president’s family, because they are attractive, specific targets for terrorist action or assassination.  It’s just a common sense precaution for volatile geo-political world we inhabit.

It also ignores the fact that the Secret Servicemen are some of the best-trained people in the world to react to a crisis or hostile-fire situation.  They understand having a clear line of fire and possess the skill to hit what they shoot at.  Unlike, say, the average gun-toting yahoo that thinks all the shit in Bruce Willis movies can really happen.

Here’s a thought… being adept at Call of Duty 3 does not make one qualified to take out a shooter in a darkened, crowded, panic-stricken theater or school library.

Personally, I’m behind what the president is proposing: banning assault weapons and high-capacity clips, and requiring background checks for ALL purchases.  It’s a measured, common sense set of steps.  So of course the NRA is having a fit.

It’s no wonder the NRA is coming up with these preposterous assertions… it’s all they have.  When you can’t win on facts, change the subject.  They use every misdirecting trick and slippery-slope evasion in the book to browbeat the public and politicians into backing away from gun legislation.

There is not a single, solitary, valid reason why either assault rifles or high-capacity magazines should be owned by civilians.  They are not necessary for legitimate hunting, nor are they any more effective than a standard rifle for self-defense.  (Unless, of course, you’re talking about defending your home against the Zombie Apocalypse, which unfortunately for the NRA, is not a real thing.) 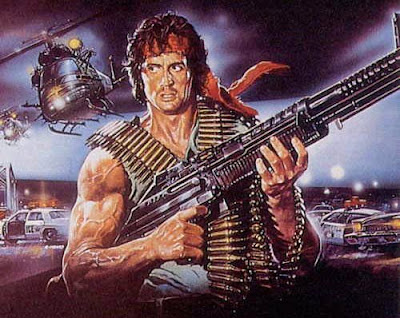 I saw one guy on TV complaining that he doesn’t think HE should have to give up his assault rifle because it wasn’t HIM that shot up the school.  “But I didn’t do anything wrong,” he whined to the news crew.

And neither did Nancy Lanza, right up until her disturbed kid took her assault weapon and ended 26 lives.  We have to decide what our priorities are: preventing massacres or preserving our right to go play Army on a shooting range.  If you really need to compensate for what you’re lacking in the sack, maybe go buy a sports car instead.

Another bullshit argument is the old, “But this ban wouldn’t have stopped the school shooting,” (or theater shooting, or any other recent shooting).

Maybe that’s true, but we sure don’t have to make it so goddamned easy.  The problem is there is no way to measure the mass killings that never happened because some nutbag didn’t have easy access to an assault weapon.  Nor can we easily measure how many lives might have been spared if a shooter went on a rampage with a standard revolver, because he was unsuccessful in obtaining a Bushmaster AR-15.

Just because a new proposed law can’t stop every tragedy doesn’t mean we can’t try to stop some of them, or at least lower the body count.

It’s the NRA’s willful duplicity that encourages the rest of the whack-a-loon paranoids out there, like the conspiracy theorists.  Have you heard about these guys that are convinced the Sandy Hook shootings were staged, so that Obama would have a reason to take away their guns?  Guys are actually phoning threats to people they saw on the news, talking about their roles in the situation.  It’s ludicrous.  These are the people we shrink from in fear when it comes to instituting some kind of rational gun laws?

The NRA is going to make a lot of noise and a lot of threats to vote out any politician that displeases them.  The only way to pass sensible gun legislation is for rational people to make even more noise.  Congress will only cross the NRA if we make them.  And if they (McConnell and Boehner) refuse to allow votes on these proposals, we need to remember their misguided allegiance the next time they run for re-election.

We need to tell the NRA and the rest of their minions to go back to their underground shelters and let the rest of us enjoy a civilized, level-headed society.
Posted by bluzdude at 6:23 PM