Now that I feel like I can string a sentence or two together, maybe we can catch up on some of the juicier news that broke while I was indisposed.

General Benjamin
The Obama administration lobbed the next mortar shell in the Culture War when Secretary of Defense Leon Panetta announced that women would no longer be barred from “combat positions.”  The rationale is that in today’s warfare, the “front lines” have essentially been erased and women face enemy attack wherever they are stationed.

I am in agreement with the administration here.  If our military women are facing the dangers anyway, they might as well reap whatever benefit is available, be it better pay or a clearer track to career advancement.  The top priority should be getting the job done.  If a woman is suitably trained and qualified, she shouldn’t be barred from doing it.

I used to say if they really wanted to stop a war, they should send a squadron of Italian mothers into battle, armed with wooden spoons.  There would be so many white flags waving, it would look like laundry day.  The only problem would be if the squadron was from the Jersey Shore, in which case they’d be too busy fighting with each other to make any headway against the enemy.

The Angry Inch
What I’m really upset about is the screwing Subway has been giving everyone.  They've been tap-dancing furiously to walk back the controversy of institutionally short-changing their customers by selling 11-inch “footlongs.”

Subway is claiming “shrinkage;” that their sub rolls start out at 12” but shrink when baked. 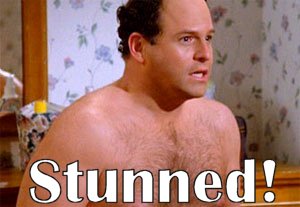 I don’t know… I always thought bread expanded when you bake it.  But regardless, if they really knew about the shrinkage, they would have to disclaim it, the way the burger places do with “quarter-pounders.”  They always have a note, whether in print or on TV, that says it’s a quarter pound before cooking.  Subway didn't do that.

They further claim that calling their sandwich a footlong was not meant to indicate a unit of measure.  This, of course, is horseshit.  Foot.  Long.  Put together, these words indicate a very specific unit of measure.  And they’ve been hyping their $5 footlongs in TV and radio ads for years.  The footlong is meant to be a draw; a calling card, if you will.  I think they knew exactly what they were doing.  They were cutting costs without disclaiming it and they got caught at it.

If I’m Subway, I bring my sandwiches back up to 12 inches immediately, and for the next 6 months, keep a tray full of 1-inch sandwich slices to be given away with each order.  Not that it really matters to me… I prefer Quizno’s anyway.

Maybe This is the Next Generation of the Geico Caveman
You may have heard a few weeks back that there was a scientist working on cloning a Neanderthal and was looking for a surrogate mother, in whom to implant the embryo.  Well, it came to light last week that this was really a hoax, and the story came from a mistranslation the scientist gave to a German magazine.

I think the story is on the level… in fact, I think this guy has already cloned a Neanderthal.  In fact, you’ll see him on TV this Sunday. 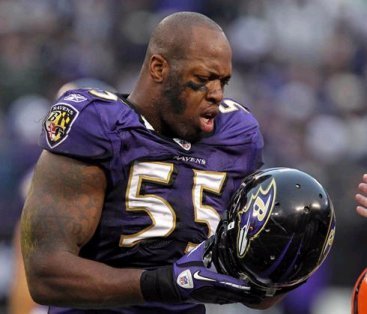 Bambi Says, “Call Me”
Yes, the Ratbirds and 49ers are playing in the Super Bowl this weekend.  I am in a no-win situation.  If the Niners win, they tie the Steelers with 6 Super Bowls won.  If the Rats win, I have to listen to Championship bullshit and their gloating fans for the next year.  So I’m holding my nose and rooting for the Niners.

I also saw that someone ran a computer simulation 50,000 times and determined that the Niners would win.  He also accurately predicted the Giants upset last year, and the Packers smackdown of the Steelers the year before.  That gives me hope.  But if I had to make a prediction, I think the Ratbirds win, just because it would make my life miserable.

On the bright side, I’ve been enjoying watching the press rain on Ray Lewis’s parade by running with this Deer Antler Spray story.  The gist of it is that Sports Illustrated has information from a guy that markets non-steroid alternative healing treatments. One of these is a deer antler spray, which also contains an ingredient that is banned by the NFL.  The guy says that he gave Ray a bunch of these treatments and believes he took them as he rehabbed his torn triceps.

Ray denies he took any of it, of course, and says that he’s passed every drug test.  The rub is that there is no drug test in effect that detects this particular substance.  Only a blood test will, but those are prohibited by the NFL Players Labor Agreement.

Personally, I think it’s all a bunch of hooey, but I enjoy watching the sideshow.  Anything that brings unrest to the Ratbirdians is all right with me.  Besides, I think you can see the answer to the question just by looking at Ray. 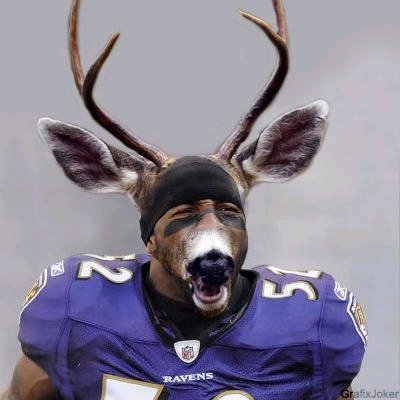