A Touch Too Much

Director’s DVD Commentary: If you've been with me a while, you probably remember the series of stories I told back in 2011, about my first apartment and the exploits therein.  I was living with my girlfriend and a mutual female friend.  This was the place where I came breathtakingly close to participating in a naughty 3-way, enjoyed some hot monkey love with the roommate after the girlfriend and I broke up, and ended up having public danger-sex all over town.  (It was a highly eventful summer.)

Because some of my family and assorted work friends have been known to read this blog, I kept things a bit tamer than I might have otherwise, given the subject matter.  But through the comments after these posts, I was asked if I might produce something a bit steamier.  I was intrigued by the idea so I wrote another take that combined the hot monkey love story with elements of the danger-sex story.  It’s essentially the same story I posted before, but written in a more stylized manner, as a kind of cross between a romance novel and a Penthouse Forum letter.

I sent it to a blogger friend who was to run it as a guest post but unfortunately, that never happened.  The blogger pretty much dropped out of the blogosphere without running my piece, so it’s been sitting in my archives ever since.

Cut to yesterday when I was scanning through some old posts.  When I came across these stories, I remembered my “lost manuscript,” and thought that it might just be the thing to liven things up during this winter of discontent.  So here we are.

Once again, I should warn any family members or co-workers that things read here can never be unread.  You've been warned.  And now, may I present: 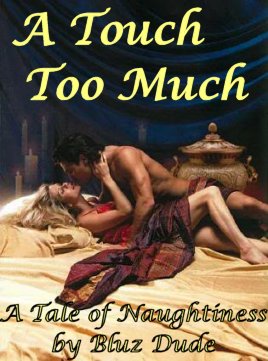 “It was one of those nights
When you turned out the lights
And everything comes into view.
She was taking her time
I was losing my mind
There was nothing that she wouldn't do.”

It all started with the sunburn.  He wondered if it proper to thank the heavens for a sunburn… on someone else.

For the second night in a row, she called to him to please come rub some lotion on her back… her soft, previously milky white back, which was now tinted a bright pink.

The previous night, his Ex was in the adjoining room when the call for lotion came.

It was weird that the Ex was still there at all.  If he had it to do over again, he’d have let her leave after they broke up.  But she was paid up for the next couple months so he figured she should stay until the lease was up.  It was the right thing to do.

So that first night, when his roommate asked for the lotion, he knew he couldn't let anything happen while the Ex was in the next room.  No need for the drama.  But the blond girl enjoyed teasing him, so she undid her top before lying down on the bed.  He perched atop her ass and rubbed in the lotion, trying not to think about what else he’d like to squirt on her back.

They’d been friends since sophomore year but had never dated.  Now, a year after graduation, they were roommates.  He and his girlfriend couldn't swing the rent for the off-campus apartment by themselves so they asked her to move in too.  The girlfriend had no idea that he used to be sweet on the blond, or she’d have put the kibosh on that idea.

Before long, he’d gotten the blond girl a job at the store where he worked and they often commuted together.  The girl had dated a number of guys that year, but no one that stuck.  Meanwhile his relationship with his girlfriend slowly disintegrated into two parallel but separate lives.  They ended things amicably in June.  They’d all move out at the end of August when the lease was up.

“Can you put some more lotion on my back?  Pleeeeease?”

“Be right there,” he replied.

The girlfriend wasn't home this time.  He put on some shorts and went into her room shirtless.  She was lying on her stomach with the straps to her top undone, like she was the night before.  She looked back over her shoulder at him from her spot on the big waterbed.  Looking at her, he recalled something he once heard Bon Scott sing:

“She had the face of an angel,
Smiling with sin,
The body of Venus with arms.
Dealing with danger,
Stroking my skin
Like a thunder and ligh-ten-ing storm.”

Again, he sat atop her shapely round behind and warmed the lotion in his hands.  He knew he could give a pretty good rubdown and it usually caused one of two results.  Either person he was massaging would get so relaxed she’d fall asleep or she’d get so turned on she’d jump him.  He was hoping she’d jump him like she was a Checkers Champion.

She purred softly as he rubbed the lotion onto her back.  It was part aloe application, part sensual massage.  He leaned forward as he used long strokes to slowly work the lotion up the long muscles of her back.  As he’d settle back, he’d encircle her trim waist with his hands.  Occasionally as he worked up high, he’d let his fingers fall along her rib cage under her arms, brushing the sides of her bare breasts.  He figured that was a good barometer of which way to go.  If she didn't get up and crack him one, it was a good sign.

But on the contrary, he found that as he fell into rhythm of the long strokes, she started to roll her ass against him in concert with his motion.

Warning lights fired off in his brain, as he desperately tried to process this new information.  Was this a sign that she wanted him, or was she just going with the flow, like a jockey rolls with the stride of his mount?

He pondered that question as he continued the long strokes and side-boob action.  Her rocking was unmistakable.  It was like they were doing a pulsating tango, completely in tune with each other’s moves.

He decided it had to be a sign.  The next move was up to him.

With his next long stroke, he let his hands linger of the sides of her breasts and then brace him as he leaned slowly forward.  It was now or never.

He lowered himself down and gently kissed her on the back of the neck.

But he didn't have time to ponder the medicinal taste of the lotion because she abruptly spun onto her back beneath him and pulled him down to her, kissing him deeply.

He decided that was a pretty good sign too.

“It wasn't the first,
It wasn't the last,
She knew we was making love.
I was so satisfied
Deep down inside
Like a hand in a velvet glove."

The night was a blur that he strained to etch into his memory, in a series of indelible images.

They had never so much as kissed before and now she was kissing the very life back into him, as he ran his hands all over her soft, perfectly rounded body.  Her desire was palpable and her breath in his ear was hot and eager.

Wanting to savor every second, he kissed his way from her lips to her toes, stopping only to tease along the way.  A nip here… a flick there… rising back up to kiss her every so often and smile into her bright blue eyes.  Eventually he settled into that spot that he was sure he’d never get to see, let alone taste.  To his delight but not surprise, it was sweeter than he’d ever imagined.

Before long, she practically dragged him back up to eye level and pulled him inside her.  They made love like best friends and seemed to have an instinctive sense of what would please the other.  Her body seemed to have been built with different specifications than anyone he’d ever been with.  It was indeed the “velvet glove” Bon had been singing about.

They didn't change positions much… he leaned on his elbows above her and she clasped onto him tightly as they rocked with the waterbed.  More experimentation would come later, but they were coming right now.  She cried out, “Fill me, fill me,” and he obliged, with enthusiasm.

Later, as they lay along side each other, both glistening from their efforts, he asked her, “Why in the hell have we never done that before?”

They spent the rest of the summer making up for lost time, having sex in the most unusual places.  They were creative by necessity, as they were not often alone back at the house.  So they used the hood of her car, in the middle of a farmer’s field, about 200 yards from the interstate.  They used the front lawn of a house in the neighborhood, behind a row of hedges about three feet from the sidewalk.  Whenever they carpooled together, whoever wasn’t driving would have their hand in the driver’s pants.  And sometimes, when he was very good, she would lean over him, after they parked the car in a darkened alley, and work him like he had the world’s greatest Tootsie Pop.

The things she could do with her mouth could a stone statue weep for joy.

Once everyone moved out of the house, they didn't see too much more of each other.  But that was OK.  Those two wild months were pressed deeply into his memory, like an autumn leaf in a 1985 yearbook.  He often thought back to his time with her.

He’d chuckle and think, “That chick was too much…”

(Song lyrics borrowed from “Touch Too Much” by AC/DC.  RIP Bon Scott.)

Director’s DVD Commentary: When I started writing the story, I really had no idea how I was going to do it.  But then I latched onto using AC/DC’s Touch Too Much as a recurring theme.  See, I’d always identified that song with this girl.  A line from the 2nd verse, “She had the face of an angel, smiling with sin / the body of Venus with arms,” was a perfect description of her.  I used that as the anchor and went from there.  I never intended to write it in third person either; it just kind of happened that way.  The rest just jumped out and wrote itself down.  Much like most of my posts…

Lastly, if you've never heard the song, by all means, click the link and check it out.  It’s kind of uncharacteristic for AC/DC, kind of slinky and sexy, like a hot Bayou night.
Posted by bluzdude at 12:04 PM