You Know You Wish We Worked Together

I was going through an old folio notebook I used to use back in my former department and came across an old gem that I thought I’d share.

I've mentioned before that prior to Pinky coming along, I used to run all my Match.com dating decisions past a couple of married co-workers who I referred to as “The Sisterhood.”  My work-wife, Sunshine, was one of them.  The other was a redhead (geez, another redhead in my life) I used to call “Newman.”

I don’t remember how that started, but we often addressed each other the way Newman and Jerry did on Seinfeld. 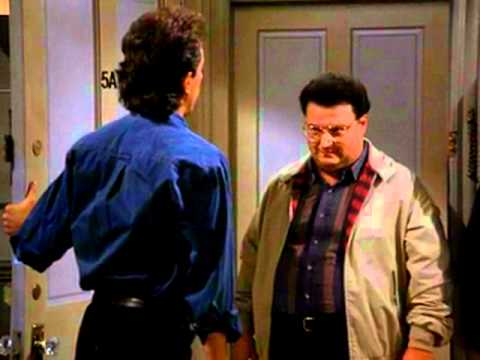 Anyway, when it came time for Newman to leave the company, we put together our customary scrapbook for her.  It was a copy of my page that I found in the folio.

There were two parts to my page.  First, I wrote a limerick, because everything is better in limerick form.  The problem was that I didn't really have anything specific I wanted to say in it.  I just wanted to use “Newman,” and her oft-repeated phrase to me when I was giving her grief, “Shut it.”  From there, I backward-engineered the rest. 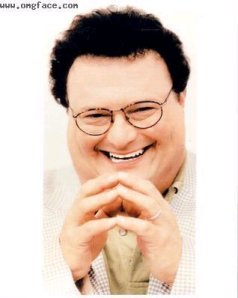 That was kind of a throw-away.  Aside from some pictures, the main portion of the page had to do with the reason she was leaving the company.  See, she was pregnant with her first child, but she didn't want anyone to know about it just yet.  Sunshine and I knew, but we kept it on the down-low.

But as her last day drew near, more and more people got in on the “secret,” so it became one of those things that everyone knew, but no one was supposed to mention.  Except me, of course, because there is nothing I like more than flouting the verboten.

Obviously, I didn't want to be overt about it.  I figured I’d just drop a few subtle hints in my farewell message.  I’m all about the subtext.  It was probably the best thing I wrote all year.

“We will have a hard time conceiving of office live without Newman.  While her absence may be hard to bear, we will take a pregnant pause as we remember what a unique breed she was.  Although our numbers may be contracting, and the friendship that Newman delivered us will be missing from the office, we will push hard to breathe… breathe life into a newborn manner of friendship.  Like water breaking over a dam, our resolve to stay in touch will be unstoppable.  Like eggs boiling in a pot, or little swimmers riding a wave, we will seek to keep our memories afloat.  Good luck to Newman; may our warm feelings never be expelled from our swollen hearts, and may she always be laden with good fortune.”

Like I said, I’m all about the subtlety.  With out the subtext, that paragraph looks like one of my spam comments.

I’m proud of that little bit of whimsy, as I look back on it, but I also see room for improvement.  In the part that said “Like eggs boiling in a pot…” I totally should have made it “Like eggs over-easy…” That way, I can work in an “ovaries” joke.  Now, if I could only come up with some kind of context to use the phrase “computer us.”  And I could have called her the “High man” on the department totem pole too.

Excuse me while I lament my missed opportunities.

Director’s DVD Commentary: I went back and forth on whether I should italicize all the pregnancy references, but decided against it.  I respect your intelligence too much to underline the jokes.  That would be like adding a laugh track.

Another side note: If you like this kind of silliness, I did a post two years ago based on this same kind of idea, when I wrote the statement the Ratbirds should have made after they signed known pothead, Ricky Williams.
Posted by bluzdude at 6:56 PM