Today is a big day within the realm of Darwinfishdom.  It was four years ago today that I first threw open the doors to this site and said, “Come on in!”

My first post was much earlier in February, but nobody knew it.  I wanted to have a good base of material for my early visitors to wade through, so they could decide whether they wanted to come back or not.  I probably   shouldn’t have bothered, because up until the fall, there were no other visitors except for family.  And I knew Mom and Dad were a lock to come back.

Anyway, it gave me some time to figure out how I wanted to format things, from what fonts and colors I’d use and when, to how I wanted to align pictures.  It definitely took me over a month.  I probably didn’t lock down my “Style Guide” until well into 2010.

So technically, February 14th could be considered my true bloggiversary.  But I figure, a blog anniversary is like a store’s Grand Opening.  And when is the Grand Opening?  It’s the day you open the doors, not the day you started stocking the shelves.  February 28th, 2009 was the day I sent that first email to family and friends, announcing, in effect, that they’d better be careful what they tell me because anything they say could be used against them as blog fodder.

So, wow… four years.  My blog is older than 3 of Cassie’s children.  You’ll notice I name-drop Cassie a lot, and there’s a good reason for that.  She was my first recurring visitor and commenter, who wasn’t related to or friends with me.  I always tell her, “You never forget your first.”  And I don’t.

2009 was a great year for me to start blogging… I had a lot to talk about.  Barack Obama had just been elected President, ending an 8-year period of darkness and ignorance in the White House.  The Steelers had just won their 6th Super Bowl.  The Penguins would win their 3rd Stanley Cup that summer.  Shit was happening!

I wrote a great deal about the Steelers during that first year.  Obviously, I’ve backed off over the last couple.  I never wanted to be a “sports blog,” I just wanted it to be a subject I touched on now and again.  Besides, by 2010, I had people visiting from all over the country; not just Pittsburgh.  So if I wrote about sports, I’d try to focus on how I relate to the games, as opposed to hardcore X’s and O’s.  Think Game Jersey Mojo rather than QB Rating or mock drafts.

I also sought to provide a liberal voice to support our new president.  It was therapeutic too… Lord knows I needed someplace to voice my frustration with the Republicans’ efforts to roadblock everything Obama tried to do, even things they previously supported.  The entire political process turned into a Looney Toons cartoon… 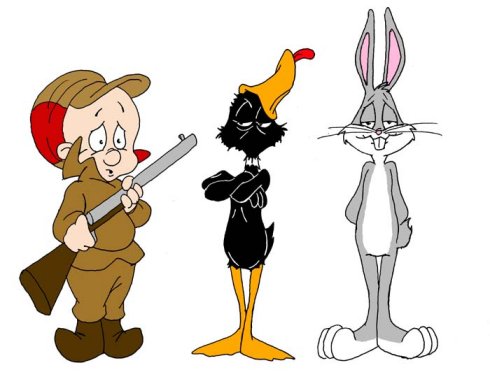 By far, my favorite topic has been to tell some old stories.  In fact, that’s all I’d do, if I could, but unfortunately, there are only so many left to tell.  In fact, I have to put myself on strict story-telling rationing, just so that I don’t run out.  Otherwise I’ll have to start living a far more interesting life.

But best of all, over the last four years I’ve been able to make friends with people strewn all across the country, from California, to Texas, to Colorado, to Louisiana, to Florida, and up to New Jersey, and even a few right here in my own back yard.  And of course, there’s that special nest of Pittsburgh bloggers who I’ve gotten to hang out with every year.  Yinz really know how to make a guy feel like he belongs.

Sometimes it’s really hard to get myself motivated to knock something out for you on my self-assigned day.  But then I think of your loyalty and participation, and I forego the urge to hit the couch and watch 30 Rock reruns.  So I thank you for your time and attention, and forgiveness for when I’m full of shit.

I suppose I shouldn’t take your opinion for granted… Do you think I should keep going, or retire with some sense of grace and dignity, before I make a fool of myself? 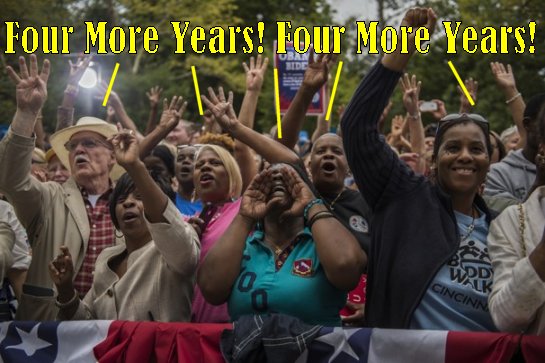 From the bottom of my heart, thank you for your time and attention, and for coming here when you could have been doing something constructive.

As Bobcat Goldthwait used to say, “Thank you for encouraging my behavior.”
Posted by bluzdude at 6:08 PM