I think the Republicans have really boxed themselves into a corner with this Supreme Court obstruction, following the death of Justice Antonin Scalia.

All they had to do was put on a show, go through the motions and very somberly place their predetermined vote of no.  That, alone, would have taken the Democrats’ number one objection off the board… they would have done their jobs.  (Poorly, but still…)

But within hours of Scalia’s death, Mitch McConnell released a statement saying that they would not consider any Obama appointment, regardless of who it was.  Subsequently, a laundry list of other GOP leaders echoed the statement.

The effect of those statements was to tie their own hands.  Now, even if they reverse field and hold meetings and hearings, everyone knows the nominee is being turned down because of politics, not qualifications.  And that leaves them looking like political hacks.

(See, technically, the Senate is supposed to be evaluating the qualifications of a Supreme Court nominee.  They are not supposed to automatically turn down anyone with opposing political views.)

It’s funny that Obama then went out and nominated a centrist; someone numerous Republican leaders have already endorsed for the federal bench, after which they accused Obama of playing politics with the nomination.  My hope is that they continue to shoot down this nomination, the Democrats win in November, and then the new President nominates someone much less palatable to the Right. 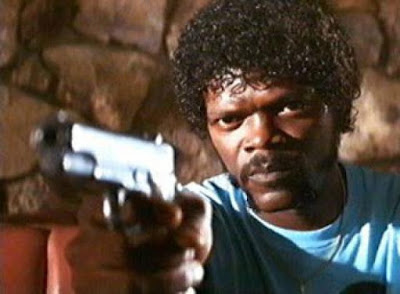 My hunch is that Mitch was told by the Koch Brothers and the other filthy rich GOP financiers that he needed to shoot down any possibility of a liberal-leaning Supreme Court.

Big Business has prospered mightily for the last 40 years, under a Republican majority court.  But what would happen if all of a sudden, decisions involving worker protections and environmental regulations started falling on the side of the People instead of Big Business?  It would hit these guys right in the wallets, that’s what.  Can’t have that, now, can we?

So Mitch was sent out to strangle this possibility in its sleep.  He just had to come up with a plausible excuse.

The first try was a disaster… “The American People should have a say in the nomination.”

Instantly, Democrats from all over the country responded with the obvious retort, that we had already spoken, twice, by a combined total of 14 million votes.  We elected Barack Obama with the specific intention of him making Supreme Court nominations throughout each term.

The Republicans are still pushing that line, by the way, but even they don’t believe it.  It’s just too stupid for words.

So they sequestered themselves for a weekend, and what do you know?  Someone found a clip of Joe Biden saying the Senate shouldn’t approve any nominees during a presidential election year.

Bingo!  Just what they needed.  Looks pretty bad, doesn’t it?

Of course, it’s not really a valid comparison, although it is about standard for Fox “News” and talk radio.  McConnell and the GOP are now calling it “The Biden Rule.”  Like the Republicans have ever given any weight to something Joe Biden said…

The clip in question was Senator Biden answering a hypothetical question, a couple months before an election, with no nominees in play, without even a judicial opening. 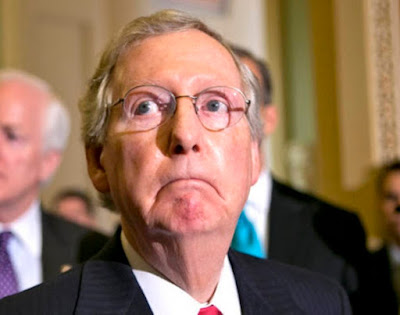 Have you ever seen a picture of this guy when he doesn’t look constipated?