I know it was mentioned on national news last week but it’s still reverberating here in Maryland; big time.  I’m talking about the Justice Department’s exhaustively documented investigation of the Baltimore City police department, which for more than a year, cataloged mountains of instances of blatantly unconstitutional behavior and institutionalized racism, from the top of the force to the bottom.

As bad as people on the street thought it was, the reality was actually worse.

It was thoroughly predictable how fast the apologists came out.  Among other complaints, I saw one letter to the editor which claimed the findings couldn’t be taken seriously because the DOJ neglected to charge Hillary Clinton.

Aside from the apples to oranges ridiculousness, it’s a complete misapplication of reason.  The report provided details upon details of instances personally witnessed by the investigators, of illegal behavior on the part of the police.

In one of the more egregious episodes, a sergeant sent a patrol officer to stop a group of young African-American men, question them and order them to disperse.  When the office said he had no valid reason to do so, Sarge told him “Then make something up.”

All this happened with the DOJ agent right in the car with them.

I made this point in the past, as it applied to the shootings of unarmed black men, but it applies here too.  It seems that this kind of behavior is so ingrained in the organization, even while under the microscope, they still do it.  It’s just the way things are done.

Among the other findings:

In reality, the real story is even worse, because of gaping deficiencies in police record keeping.  The DOJ’s numbers only reflect the things that got officially reported.

Ever since Ferguson, police apologists have gone out of their way to blame everyone but the police.  “If they’d just do what the police tell them, they wouldn’t have a problem, would they?”

It’s so easy to sit back, wrapped in the aura of white privilege, and pass judgment on how other people should behave; other people whose everyday challenges would turn the critics even whiter.

I know people who have said these very things, but I guaran-damn-tee you that if they were ever stopped by the cops day after day after day, for doing nothing but driving legally, or standing and talking with friends, they’d be singing a completely different tune.  They’d be more than ready to rumble.

So when they smugly go all, “All lives matter,” they don’t understand the bigger picture, that of course all lives matter, but all lives aren’t the ones being systematically persecuted; the black ones are. 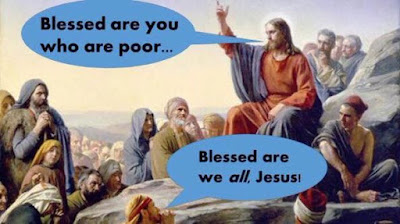 Inevitably someone brings up the recent targeted cop killings, inferring that it is the police who are under siege and it can’t be helped if they feel they have to defend themselves.

Of course, the facts say differently: 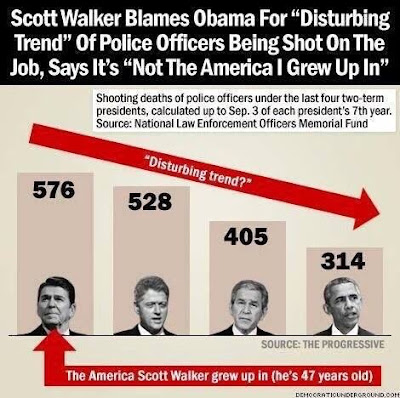 It just seems like all these things are exploding now because unlike in previous eras, now we hear about every incident.  Thirty years ago, if a cop gets killed in some backwood jerkwater town, only those in proximity to said jerkwater town heard about it.  There was no internet with which to get people fired up all over the country.

There really is no siege, just a few dangerous characters, probably not very bright, definitely suicidal, who are bent on taking out some cops.

So we’re back to the over-arching problem of institutionalized discrimination in big city police departments.  (If you think this is just a Baltimore problem, you’re kidding yourself.)

Now, what do we do about it?  That’s the question, isn’t it?

I wrote my thoughts on how to address this mess, back in December.  Band-Aids won’t work; it’s going to take a major philosophy change.  It won’t be quick and it won’t be cheap.  But it has to be done.

My opinion is that having a police force of one ethnicity with complete authority over a population of a different ethnicity is a recipe for suspicion, mistrust and not so spontaneous combustion.  But it will take a great deal of time to change any of that, if it’s even possible.

If the schools are jungles and the students are poor and hungry, we’ll never find enough qualified people to join the police force.  So all we have to do is solve poverty and education and we’ll be home free!

In the meantime, recent events have shown that increased outside scrutiny does nothing to curb abuses of power.  Nothing will any different until there are agents of change on the inside.  Until police supervisors cease to tolerate these abuses, and good cops stop covering for bad ones, this predicament will never change.

The events in the DOJ report happened right here in this city.  And no amount of feel-good videos of cops playing games or dancing with kids will change the fact that police supervisors are specifically ordering their subordinates to do things that violate the Constitution, not to mention the standards of civilized society.

This has to be addressed in a meaningful way or else it’s going to stay blazing hot out there on the streets for a very long time.