You can tell how badly the year is going by the quality of the conservative memes on Facebook. Lately, they’ve been getting desperate.

Did you see the ones comparing DACA kids to the offspring of bank robbers? I should have grabbed it when I saw it but the logic went like, “If a guy robs a bank, do we let the kids keep the money?” Similarly, “If a guy gets caught sneaking his family into Disneyland, do the kids get to stay?”

The concise response it, “No, but we don’t then send them to a country of which they’re barely familiar, either.”

There are several important points to remember about DACA kids, who had no choice in their illegally entering America:
·        They have to jump through a number of hoops just to qualify, like staying in school, holding a job, not being arrested.
·        They have to re-apply every year and pay a $500 fee.
·        Like any other “illegal immigrants,” if they get a paycheck, they pay taxes. PLUS, they do not qualify for financial assistance like SNAP or welfare.

These are the kind of immigrants we want here, educated, skilled, law-abiding non-terrorists. To pursue kicking these people out of the country is a purge of brown people, under the star-spangled pretext of “law and order.”

Is that really what a civilized, God-fearing Christian country does?

(We’re not actually a God-fearing Christian country, but conservatives claim we are.) 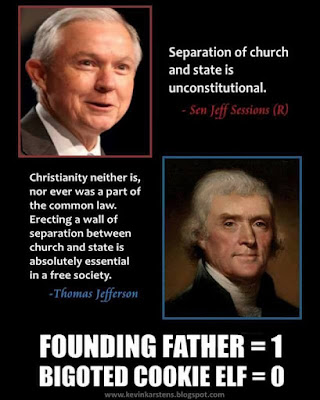 Score “1” for that Jefferson dude. 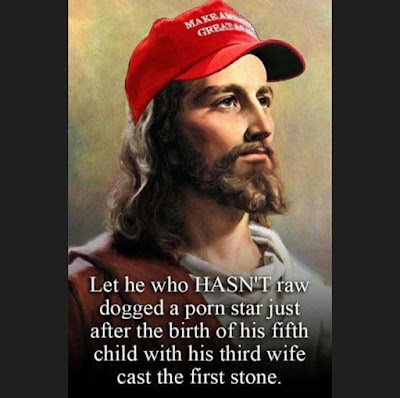 It’s also funny to see all these people wanting to crack down on immigration, both legal and illegal, furiously tap-dancing to avoid being seen as racists. 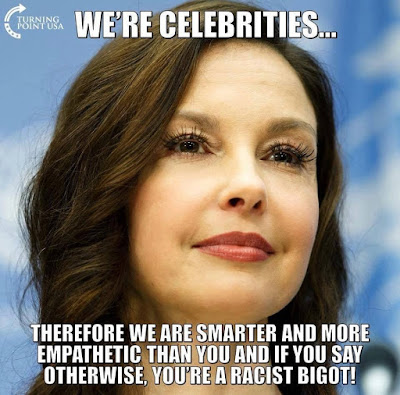 No, you’re a racist bigot for wanting to crack down on immigrants from Haiti, Africa, and other “S-hole countries” (meaning black) but roll out the red carpet for those from Norway (meaning: white). As if we have anything worth offering to Norwegians but geography and climate that don’t involve glaciers. 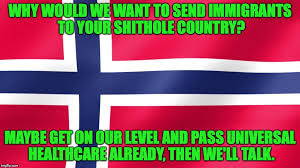 Blaming it all on smug celebrities is just dodging an uncomfortable point.

Speaking of the “Shithole country” controversy, did you see the comparison memes about that one? 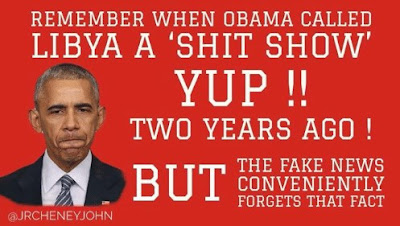 I found this one by searching, but the first one I saw on FaceBook tried to claim that the media never reported it. And that was funny because when looking up the quote, the first things you see are various news headlines on the story, which by definition, is the opposite of not reporting a story.

But the real debunking is in the context. It’s the logical fallacy of false equivalency. The only thing the two statements have in common is the shit.

Obama was talking about the state of the country, in which there were protests, riots, and the overthrow of the government. (I’m unsure whether the quote occurred before or after our embassy was attacked.) He was talking about a specific situation in time (which was the very essence of a Shit-show) and not making a general statement.

What President 45 was doing was painting an entire region, if not continent, with a broad, derogatory brush. The word “shit” was never the issue; it was the simmering ignorance and bigotry that lay beneath. 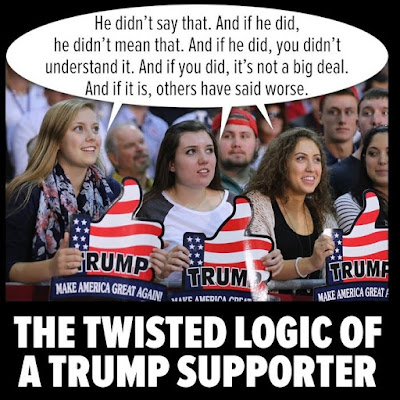 The fact is, Republicans and conservatives have an abysmal record on racism and civil rights. 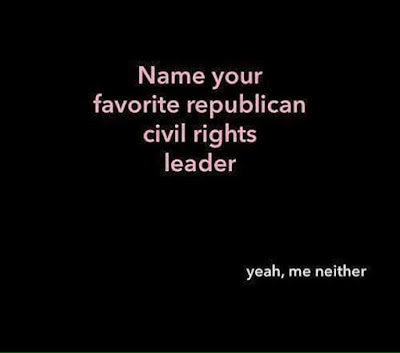 All Republicans can point to is Abraham Lincoln, which, while historically accurate, is quite misleading in current context. Southern Democrats turned Republican en masse in 1964, following the Civil Rights Act. That’s a veritable stampede from the party of Lincoln. Modern Republicans don’t get to claim the legacy of Lincoln when 50 years ago, they actively abandoned all he for which he stood.

But that’s not the last time Republicans get bit by things they’ve said and done in the past. 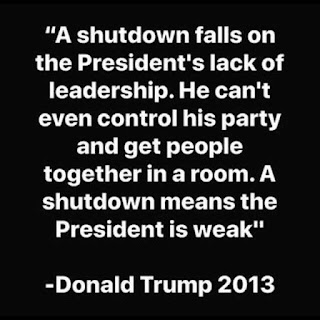 I guess I’m a little late with this one though… Just heard that the shutdown is ending after a mere three days. Chuck Schumer seems to be taking the heat/blame/ridicule, but Chuck is a pragmatist. The Republicans have a better media ground game than he does, and a lot of red-state Democrats were feeling the heat of creeping blame.

So he extracted a promise that the Republicans would bring up DACA and immigration before this temporary funding expires. If the GOP reneges, that will give Schumer a free pass to jam up funding again while assigning blame to Republicans.

I have mixed feelings about it. I’m disappointed the Democrats didn’t get anything tangible (yet) for their cooperation, but I’m glad the shutdown is over. A lot of people get hurt when the paychecks stop coming and the wheels stop turning. And we have to face it; we’re the minority party so there’s only so much leverage to be used. We did have them in a spot because they needed some Democratic votes to pass the funding bill.

I say as long as that promise is good and they bargain in good faith, it’s a win.

Not that I’m optimistic though. It’s not like Republicans would never say one thing and do another…
Posted by bluzdude at 6:25 PM