Thoughts on Fire and Fury 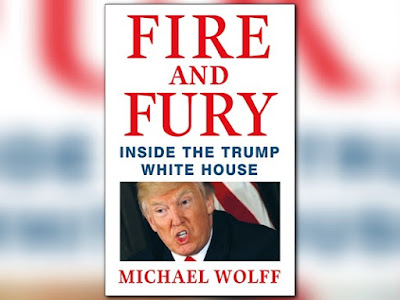 People have been quoting it and talking about it ever since it was published, but I wanted to join in, BUT I also wanted to finish it first, which I’m not sure all the pundits and commentators actually did. 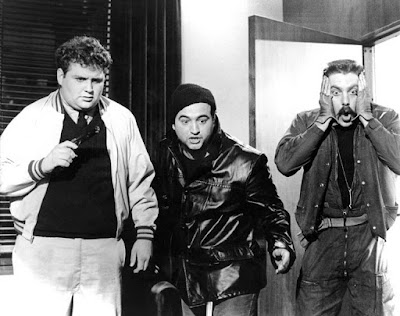 The book paints a picture of the most grossly unqualified, unprofessional, and unethical White House this country has ever seen. It’s almost enough to make me believe in God because it can only be because of Divine Providence that the government hasn’t collapsed yet.

Of course, that’s only if it’s all true.  But here’s the thing… even if it’s only, say, 15% true, nothing changes in the seriousness of degree in which this country is screwed. The White House is that messed up. (Or at least it was, during the time frame covered by the book. It ended shortly after John Kelly took over as Chief of Staff.)

First, let’s address a couple of the negative points about the book, and get them out of the way.

It’s not exactly an elegantly-written book. The author uses a lot of unnecessarily big words as if to say, “Look at my dazzling vocabulary! Aren’t I smart?” He rarely passes up a $20 word when a $1.50 word is available.

It’s also plain to see which stories are likeliest to be true; those are the ones where specific people are quoted. Other stores, the author says, are cobbled together from multiple sources who sometimes vary in their recollections, which really isn’t surprising with a White House who lies so frequently and casually, when pursuing their own ends.

Where he has conflicting versions, he said he went with the ones provided by those whose stories were most often corroborated by others or rang the truest based on what he’d seen himself.

Unfortunately, that leaves wiggle room for critics who have been nitpicking over individual snippets… Things like, “this event didn’t happen on this date, it happened that date,” or “so-and-so didn’t say that before an event, he said it later.”

None of these criticisms take away from the basic thrust of the book though, which is that this administration did not expect to win, did not want to win, carried on their ethically corrupt business practices because they did not expect to win and was fully unprepared to govern once elected. Plus, they wouldn’t listen to those who knew how to navigate the Executive Branch.

Donald Trump refused to put any money into his own campaign, even at the behest of party leaders. He couldn’t, for the life of him, see why anyone would dump money into a losing campaign.

No one from his inner circle had any idea of the scope of the job it took to hire all the appointees necessary to run the government.

There was zero order or hierarchy in the West Wing. Anyone and everyone could pop by the Oval and see the President. Trump wouldn’t institute any structure because he liked to have an audience around at all times and liked having people compete for his attention and favor.

That was another major point of the book: the ever-warring factions of the White House. You had Steve Bannon on one side and young power-couple Jared and Ivanka on the other. (Or as the author usually called them, “Jarvanka,” after hearing the term from Bannon.) Chief of Staff, (in-name-only) Reince Priebus began as united with Jarvanka before migrating over Bannon’s side.

Both blocks were preoccupied with promoting themselves and making the others look bad, through leaks to the press and direct bad-mouthing to the President. Remember how Trump was always complaining about leaks? His own inner circle was providing the juiciest ones.

Bannon is quoted directly and extensively in the book. It was obvious that he gave the author plenty of time and energy. It’s no wonder he was sent packing. He had opinions on everyone (usually derisive ones) and they hit hard.

It’s really a wonder he survived as long as he did. I mean, he criticized Ivanka directly to her face, in front of her father. If someone did that to a hypothetical daughter of mine, there would be a significant problem. But Trump? He seemed to like it. He told her she’d have to toughen up for Washington.

Bannon was especially gleeful in deriding Jarvanka’s bad advice. Firing Comey? Their idea. Hiring Scaramucci? Their idea. And then while on Air Force One, Trump writing the alternative account of the infamous Russia meeting, to absolve Jared and Don Jr.? That’s obstruction, right there.

All parties, (especially Bannon), manipulated the President like he was a child. During times Bannon was on the outs, he’d plant his ideas in Breitbart, where he knew Fox News would pick them up and run. Then Trump would see them on Fox and pick it up himself. (And take credit.)

But then they had to take such steps. Trump doesn’t read anything, doesn’t listen to anyone, and will fill up a meeting with his own repetitive stories. To Trump, if he doesn’t already know it, it’s not worth knowing. As far as being uninquisitive, Trump makes W. Bush look like a Rhodes scholar.

It would all make a great comedy if it weren’t so terrifying.

Anyway, there’s far more meat to the book than I can cover here. I do recommend it as a good read, and while there may be individual nits to pick, I believe the overall thrust the author is trying to make…

The inmates are running the governmental asylum.

If we’re lucky, Robert Mueller will thin the herd. But unfortunately, that will just leave more seasoned hands to prop up big business, rob the electorate and eviscerate the scientific method.

It’s only the gross incompetence of this Administration that keeps it from inflicting even more damage.

Thank you for this. I haven't read the book yet--it's toward the top of my TBR pile--but your post confirms what I suspected.

Even if what he has written is only 15 percent true--which is probably a vast understatement--we are in deep shit.

Please DO read "TRUMPOCRACY___The Corruption of the American Republic" by David Frum, senior editor at the Atlantic.
'We are living through the most dangerous challenge to the free government of the United States that anyone alive has encountered.' Deep Do-Do, indeed.

What the Republicans are doing to thwart the Mueller investigation is truly frightening. They will do absolutely anything to hold onto power, whether they like Trump or not.

Power NVER gives up without a bloody fight.