The Best Year of my Life

I’m sorry I didn’t have a post up yesterday on my usual Monday night; I was still celebrating the long weekend with Sweetpea. And we had more than MLK Day to celebrate… Yesterday was the first anniversary of the day we met.

I was in my favorite sports bar watching a Steelers playoff game when she came over to my side of the bar and chatted me up. We went out for lunch the next day and we’ve been together ever since.

From there, it’s been an amazing year, probably the best of my adult life. I don’t think I’ve ever been this happy for so many days in a row. And even when I’m alone at my place, it’s amazing to me when think that I love someone out there and she loves me too.

I’d spent the last three years in a decent place. I wasn’t miserable, I was content. I had the means so I went to ballgames or the movies and just did whatever I felt like doing. Alone. Which was fine… I can make my own fun. I try to have fun wherever I go.

But now this year? Whole different thing. I don’t see as many ballgames, but that’s OK. In 2016 I went to 26 Orioles games, which was a personal record. It was something to do that I enjoyed. In 2017, I saw 10, half of them with Sweetpea. And that was enough because now I had other things to do and someone to do them with. 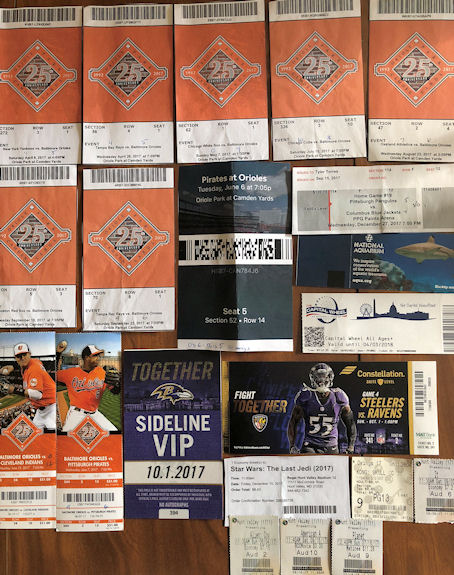 Over the last year, I don’t think we’ve had one fight. We’ve had some minor disagreements from time to time, but they never blow up into something larger, which I credit to her. After all, she’s an elementary school teacher so she’s been trained in how to handle children (of all sizes).

On occasions where I’ve said something particularly stupid, she never mentions it at the time. Then the next day or next time we’re together, she’ll tell me what was bothering her and it will be something meaningful, not just picking nits.  I’ll admit/retract/apologize as the situation calls for, and learn from it. No stewing, no escalation, no fight. It’s beautiful.

I would say that it works the same the other way around, but she’s never given me reason to be mad at her. But I’d like to think I’d handle it like she does.

Most of the time, our mutual minor screw-ups just become running jokes.

Here in the Age of Texting, we send each other messages constantly, at minimum a “good morning” and good night.” And with texting comes typos. The good ones, we just work into our everyday vocabulary.

Then there’s the stuff she says when she’s asleep.

See, her dog comes in at least once per night, to be let out. He’ll come sit by her side of the bed and let out a continuing sequence of whines and groans. She hears him and gets up, but she isn’t always awake. She’ll talk to him in a barrage of jibberish, her “dog” dialect, and occasionally recognizable words.

Last weekend, she told the dog that the “1st graders don’t know anything.” I’m sure he was puzzled to hear that.

Several months ago, I woke up to see her standing beside the bed and slapping down on the mattress. I asked her what she was doing. She said, “Making pee bread.”

Neither of us has any idea what that was all about, but now I always make sure I know where my toast is coming from.

But my point is that rather than her getting defensive about it, we laugh and bring it up at the funniest opportunities. We just roll with it.

I should probably expand on what I meant earlier by “her ‘dog’ dialect.” She and her siblings have this strange dialect they use when they’re talking to or about their dogs. It was something their mother used to do. To me, it sounds kind of like a coon-ass Cajun accent. But at least I know why the dog doesn’t listen to me. I don’t have the dialect down yet.

It occurred to me last weekend, as we were celebrating our first big landmark, that this could actually be part of some elaborate prank concocted by her and a girlfriend. I’m thinking something out of the movie “Trading Places,” where her friend bets her she can’t bewitch that poor sap of a Steelers fan over there and keep him around for a full year.

All weekend, I kept asking her what time we actually met so I would know when it was a year, exactly. I told her I expected that any minute, her oldest girlfriend would appear, proclaim that Sweetpea won the bet and hand her a dollar. 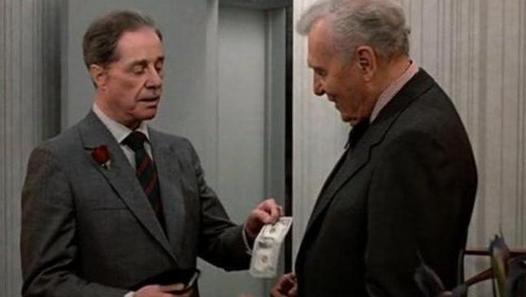 But no one ever showed up, so I could only assume that the term of the bet is longer.  I told her that my last request was that she at least clue me in before I sell my washer and dryer.

We plan to move in together this summer after she’s out of school. This will be the first time I’ve moved into someone else’s house so it will be an adjustment. I haven’t had a day-in-day-out roommate since the 90s, when I was married, so the prospect is a bit daunting. And just getting all of my stuff in there… well, have you ever heard of stuffing 10 pounds of shit into a 5-pound bag? That’ll be us. I’d better start getting rid of some shit…

But I haven’t been this freakin’ happy since I can remember, so I have no doubts that we can make it work. If I blow it with this sweet, beautiful, tiny little teacher, I might as well just hang it up.

I’m optimistic about it though. We’re past the “every occasion we’re together is a date” portion of the relationship and are getting close to day-to-day life. We’ve traveled, had vacations, spent almost two weeks together over the holidays, and there hasn’t been anything to worry about. We see each other a minimum of 3 days a week. I can’t believe she’s not sick of me.

I’m happy, with a happiness that comes from knowing I’m with the one I’m supposed to be with; the Love of my Life. I can’t wait to see what comes next.

Happy anniversary, Sweetpea. I love you, vaby.
Posted by bluzdude at 8:24 PM