The GOP Playbook - A Study in Attaining and Maintaining Power

For whatever their flaws, you have to stand in amazement regarding the Republicans’ success in amassing and maintaining their power. Even after the thrashing of the 2008 elections, they never lost control for more than a couple of years. In fact, the Obama years might have been their most important, because while they were not governing, they were very, very busy laying the groundwork for their return.

In looking back over their methods, I’ve distilled them down to three main, interconnected areas… A three-pronged attack, if you will. Here’s what they did.

I’ve written about this before. In fact, let me quote from myself:

“Republican leadership does not want an educated electorate.  The last thing they want is for people to think for themselves or be able to dissect a statement or argument.  What they want is pliability and obedient workers who do what they’re told.

“Look how long Fox “News” has been railing against the “Eastern elite,” or “egg-headed intellectuals.”  They’ve been demonizing intelligence since Day One by holding the most educated among us up to scorn.

“Just look through an aggregated news web page like Yahoo.  Every time you see a blurb about college protests, or liberal professors, or university political correctness gone wild, check the source.  Guaranteed it will be from Fox, or the Federalist, the New York Post, or other conservative mouthpieces.

“This is no accident; they want you to distrust places of higher education.

“Conservative power brokers know that college can teach people about how to spot logical fallacies and how to pick apart arguments, political positions, and media advertisement, (political and otherwise).”

A population lacking in critical thinking skills is susceptible to the weapons-grade propaganda aired by Fox “News” and social media memes sponsored by the Koch Brothers and state-backed Russian hackers.

Keep in mind the Sinclair Broadcasting is trying to become the largest TV station ownership group in the country. If their latest purchase attempt goes through, they’ll be able to broadcast into 70% of America’s living rooms, complete with required conservative messaging.

By degrading the reputation of scientists, they make it easier to call scientific findings into question when they conflict with conservative philosophy. (That philosophy is to never let anything get in the way of higher profits for big business.)

To achieve this, Republicans push educational systems that “teach to the test.” Or in other words, evaluate teachers by who can get their students to regurgitate various facts on command, on which they get tested.

Republican governors and legislatures who routinely slash school budgets know that there’s not much in the way of freedom or creativity without money. Art and music? Gone. Critical thinking? Forget it. 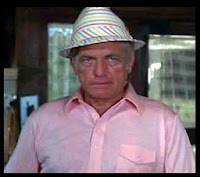 They also push for more vocational schooling. I call it the Judge Smails rule. “The world needs ditch-diggers too.”

While I don’t have any quarrel for learning a trade for those whose career goals are low, it’s a direct path to life with little critical thinking.

All these chunks Republicans take out of education serves a single purpose: to ensure we’re unequipped to fully understand or combat the degree to which we’re being screwed.

2.      Engaged an exhaustive campaign to fill state and local offices with conservatives.

This may be the most important step of all. You see all those educational issues? They can’t be done without control of school boards and city/state government. There are an awful lot of issues, large and small, that begin at home.

This is the step that places them in power and then entrenches them there. Why? Because governorships are important. Governors preside over the Congressional redistricting that happens every 10 years. And if the houses of state legislature are Republican-controlled as well, a Governor has no meaningful pushback when it’s time to redistrict. And GOP governors have gerrymandered the US House of Representatives into a perpetual bastion of conservative power.

The state knows exactly where its Republican and Democratic voters are, so they ensure that as many of their opponents are included in as few districts as humanly possible, leaving all the other districts to be controlled by Republicans.

Granted, states like Maryland have just as completely gerrymandered the state for the Democrats, but we’re an outlier here. Republicans control far more of the heavily gerrymandered states.

Gerrymandering can only control the House, so Republicans need something else to rig the Senate and Presidential votes. That’s where “Voter ID” comes in. I’ve written about that before, too.

This is where Republicans pretend there’s a massive problem with voter fraud, despite zero evidence that A) there is a meaningful problem and B) requiring an ID from a voter would have prevented it. To combat this “problem,” they then pass a law requiring voters to present valid state IDs in order to vote.

This is meant to discourage non-drivers, (meaning those who can’t afford a car, or idealistic students), seniors (meaning old people who don’t want anyone messing with their Medicare or Social Security), or anyone of color. All of these groups are seen as likely Democratic voters.

They make sure that the only IDs recognized are the hardest to get. State IDs and NRA licenses… in. Student IDs and library cards… out. And then, to make things as inconvenient as possible, they close or limit hours of licensing centers in urban areas, reduce or eliminate early voting hours, and limit the number of voting machines in city precincts, so the lines are longer. They pull driver’s licenses for anyone who owes money for court costs. They “clean” voter rolls using aggressive means, without notification, so that people don’t know they’re no longer registered to vote until they show up on Election Day.

All of that is designed to discourage and suppress the vote of likely Democratic supporters, and it’s only possible when you have control of state government in census years.

3.      Appointed conservative judges up and down the bench.

This is to ensure that once power is achieved, the self-serving laws they enact remain intact. And it’s not just the Supreme Court that matters. There are hundreds of federal judgeship and appeals courts that allow or disallow legislation. Once they’ve packed their own people into these roles, many of them for life, the odds are that much better than their nefarious legislation gets upheld.

Laws on same-sex marriage, gerrymandering, gun control, abortion, voter suppression and unlimited anonymous campaign contributions will only stand as long as the judiciary signs off.

Mitch McConnell was willing to ignite a national furor by holding up a Supreme Court nomination for 10 months because it meant a shot at keeping a conservative-majority bench. (And the Koch Brothers told him to.) That’s how important appointing judges is. Republicans stonewalled judicial appointments for years during the Obama administration. Now they’re filling seats like it’s a Beyoncé concert.

The judiciary is the last check on government power. Once that check is in the hands of judges who believe corporate entities are people, the other 98% of American citizens are screwed.

This is how completely the Republicans are in control. They did the hard work and are reaping the benefits now. The only way Democrats can reclaim control is to do (or undo) exactly what the GOP has done. Democrats have to go hard after local offices… city council, mayors, school boards, state assemblies, houses of delegates… whatever they’re called in locales across the country.

People have to show up and vote. Demonstrations and protests don’t do anything unless they translate into votes. Democrats have to pull back the curtain and show people what Republicans are up to and what how their law-making will affect our daily lives. We must convince people that government is meant to serve the people and not business entities. We have to convince moderates and independents that we’re right and our opponents are wrong.

We have to put scientists back on scientific boards and toss out the industry shills who have no agenda other than eliminating anything that costs big businesses money.

We have to clear the way, permanently, for any two consenting adults to marry and enjoy all the rights and benefits that go with it. We have to make it clear that if you open a business, you serve whoever walks in the door or at least make a reasonable accommodation, regardless of what your religion says.

We have to leave reproductive decisions up to the people who are involved in the reproduction and keep government and the rest of the general public the hell out of it.

We have to enact an immigration policy that works, that doesn’t involve ineffectual vanity projects that cost $25 billion.

We have to reclaim our place as leaders on the world’s stage and act like the super-power we are. We need to lead with our allies and stop elevating our enemies.

We have to fight off the out-sized influence of the NRA and do something about semi-automatic weapons and high-capacity magazines.

We have much work to do. The Republicans did theirs and they won’t give up power without a fight. And it won’t be a fair fight, that much is obvious, judging from the 2016 election. The amount of money at the Republican’s disposal will be staggering.

But money can only buy attempts to influence. It doesn’t buy our vote.