Is COVID 19 the New Covfefe?

Judging from the way the Coronavirus saga has unfolded, the only conclusion I can draw is that Trump wants an epidemic to sweep through the United States. That’s the only way his actions make any sense. Just think, he started preparing for this two years ago. 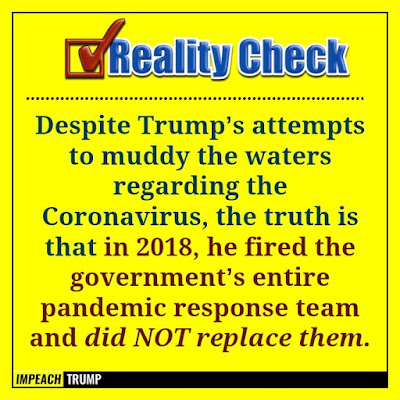 Getting rid of all the infectious disease prevention experts is an excellent first step. Whether it’s under the guise of cost-cutting or just getting rid of more former Obama employees, it ends up the same: any new pandemic specialists would have to be hired by Trump’s team, after administering a pledge of loyalty, no doubt.

Next step, make sure no government “experts” say anything about the virus to the media and spook the stock market. After all, that’s the important thing with Republicans. Gotta keep those dividends rolling in.

To be sure no one interfered with the plan, he got rid of most of this cabinet and senior staff and replaced them with toadies who would indulge his every whim. And then he put his most devoted lapdog, Mike Pence, in charge of the whole anti-pandemic operation. 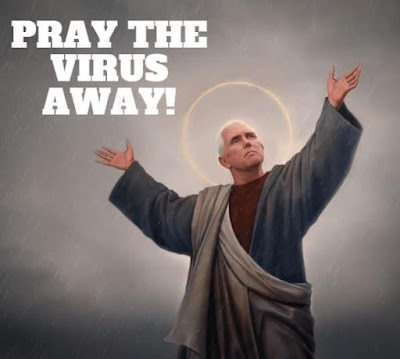 This is Mike Pence’s 3-Step program to pandemic mitigation:

With the gag order on, Trump can speak to the masses himself to alleviate their anxiety. 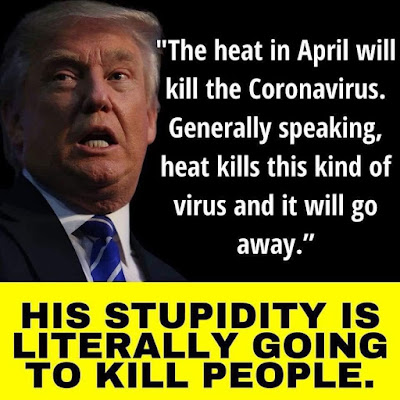 And with that, we would all skip merrily along waiting for Spring to exterminate this over-rated virus. And the April Fool’s Day prank would be on us.

And why would Republicans want a mass die-off of Americans? Easy… voter suppression, less strain on public assistance, more supplies for the rest, and real estate for sale dirt cheap. And the mass fatalities from around the world? Screw’em! America First!

They went to all this trouble to steal the 2016 election; it would be a shame to give it back after only four years. They already played the “What Russians?” card last time so they know people will be looking for it again. They have to be more creative this time around.

They say those with the highest risk of death from COVID 19 are the elderly and very young. The elderly are the most reliable voting bloc, which is pretty inconvenient if one of your goals is to get rid of Social Security. So when the geezers start dying off, maybe you can get away with privatization without retaliation at the polls.

And the young? Future socialists are a big threat to the Republican way of life. And any hippies, gays, atheists, and minorities that also die off are just the gravy. If enough people die off, it will cover up the gaping holes in the medical health system. And the mortuary business will be thriving!

Yes, they’ll have to make sure that the rank and file Trumpanzees don’t get swept up in this mass fatalities. I suspect that wouldn’t plant the virus in China before they first had a vaccine in hand. I bet all the Wall Street execs and hedge fund managers have already had their shot. They probably come free with the weekend golf package at Mar a Lago.

That would take care of the 1%ers, but to really make it go, they need to ensure the devoted followers known as The Base come through unscathed. Simple fix, though, with an aerosol form of the vaccine, which can be dispersed with the confetti at MAGA rallies.

Is all this far-fetched? Sure it is. But it’s the only logical path given what’s already transpired. It has to be a plan for power consolidation or else it’s just batshit crazy.

Otherwise, it would have to be the dumbest and most destructive set of actions against the health and livelihood of its own citizens that any administration has ever taken.

What are the odds of that one President could be that fucking stupid?