Where's Rosemary Woods When You Need Her?

Just when you thought the Current Occupant couldn’t go any lower, we now have him on tape trying to strong-arm the Georgia Secretary of State into turning 11,780 votes from Biden to Trump. I mean, how else do you “find” votes? It’s not like someone left a crate of votes under the coffee table. Although that’s probably one of the debunked scenarios Trump was pushing.

I heard about the call last night via Twitter. At first, I listened to the audio excerpts before becoming aware that there was a tape of the full hour’s conversation. I decided to read the full transcript instead because I didn’t want to spend a full hour on this, but more importantly, I didn’t think I could handle listening to that idiot talk for 60 minutes. I got enough of a taste during the excerpts.

It was like a series of monologs. He’d go on and on about one point or another and eventually someone would say, “No, Mr. President, that wasn’t true…” or “We investigated that and there was no evidence.” That would only send him off on another angle, all the while telling them, “This (the alleged election tampering) is illegal. You don’t want to do anything illegal do you, that’s risky.”

What I took away from it is that I think he actually believes what he’s saying. I think people have been feeding him the bullshit he wants to hear for so long, he never even questions it anymore.

Every allegation it was, “I’m told…” and “Everyone says…” No proof, no evidence, and no listening to any counter-arguments from people who know the situation intimately. (That’s “Trump media” for you.)

I think he either believes it, or he’s a master at The Costanza Principle: 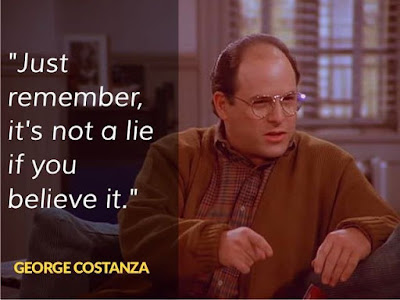 It was almost like he wanted to be thanked for bringing this to the Secretary of State’s attention. He was doing him a favor, giving him a deal in that though he won Georgia by hundreds of thousands of votes, he was only asking to overturn 11,780. It’s like he was selling wholesale, at a fraction of the fraud.

This is serious stuff. Nixon was impeached for less. Hell, so was Trump. This is direct evidence of election fraud for personal gain. There is no escape from this truth. What anyone is going to do about it is another story.

With hard, cold, clear evidence like this, the GOP has no easy choice. They can either back up their master and encourage an authoritarian seizure of government, or stand up for the Constitution and risk running afoul of 74 million saps who think whatever Trump does is fine, just because it’s Trump that’s doing it.

Given the number of Congressmen and women who plan to join in the protest of the ceremonial electoral vote counting on Wednesday, I don’t think there’s a lot of true patriotism in this lot, nothing that goes any further than flag lapel pins and bumper stickers.

There also seems to be some debate on who leaked the tape. On one side, I’ve seen several reporters say the Secretary of State told them he’d release the tape only if Trump misrepresented the phone call in public (which he did almost immediately.)

Yet others point out that you can hear Trump as plain as day, while the folks in Georgia sound like they’re on speakerphone. That indicates that it was recorded and leaked from the White House’s end. I suppose eventually the truth will surface that explains both phenomena.

So far I haven’t seen a lot of defense from my conservative friends on Facebook. They’re still preoccupied with celebrating their freedom to walk around unmasked and get people killed. 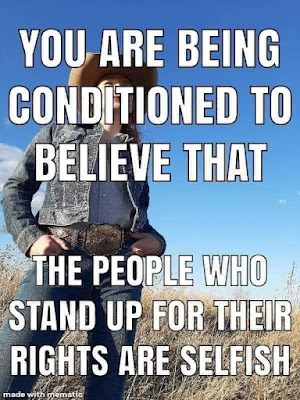 When the shoe fits, wear that fucker. Selfishness is the only explanation for people refusing to be inconvenienced by wearing a mask and keeping the distance at the cost of spreading a serious and often fatal disease. Is it really that hard not to be an asshole?

Maybe the phone call story hasn’t penetrated the bubble yet. OR, they’re saving their theories for Parler, where no one will trouble them with facts or rebuttals.

In other news, and in a surprise to no one, Mitch McConnell single-handedly kiboshed the possibility of a $2000/person COVID check, by refusing to bring it up for a vote. He says they’ve already passed a COVID bill, not really appreciating the irony that $600 won’t even buy a meeting  phone call  text message from him. He said that too many people who didn’t need it would get it.

See, if Mitch and the Republicans really wanted to pass a bill to help those who truly needed it, they’d have done it. They could have easily passed a similar bill with lower top-end limits and then worked it out in committee with the House. But no, they just shit-canned the whole thing because Republicans don’t give money away to the general population. Not unless it can be filtered through big businesses, for the skim.

I think I know why it played out that way. The rest of the GOP Senate can object and clamor for bigger checks knowing full well that Mitch is the bottle-stopper. None of them really want to send any money to us deadbeats anyway, but they can make noises like it and seem like reasonable, caring people. 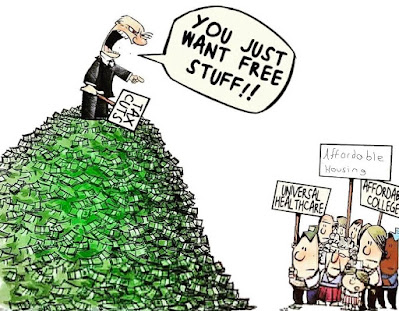 They know Mitch is impervious to pressure. He simply doesn’t care what anyone else thinks, other than his wealthy mega-donors. And he’s just been re-elected, so he’s basically bullet-proof for six more years. Do you think he cares what the rest of the nation thinks? We’re just the tools that keep the big money wheel spinning to fund his corporate buddies’ tax cuts.

Director’s DVD Commentary: In case you’re too young to recognize the name in the title, Rosemary Woods was a secretary in the Nixon White House who was “blamed” for the 18-minute gap that appeared at a pivotal moment in one of the Watergate tapes. Everyone said it was an accidental erasure. But then when she demonstrated how to push all of the buttons necessary to execute the erasure, it was so convoluted, it looked like she was playing Desktop Twister. As far as I know, no one has told the real story of how that gap came to be.