It was slim pickin’s this weekend, looking for memes to dissect from my conservative friends. It’s almost as if they’re embarrassed by the state of their party. Or maybe they’re a bit queasy about supporting known, provable, lies. But I was able to find a couple to work with. 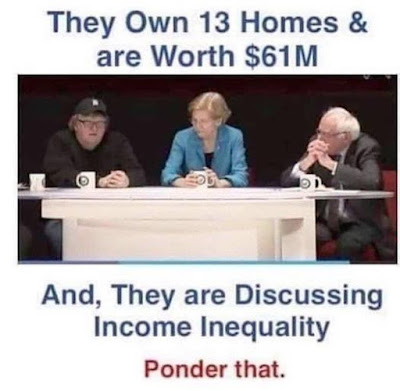 Right off the bat, I would doubt the veracity of the initial statement. I don’t think those three have anywhere near that kind of wealth, especially the number of houses. I know there was a misleading charge about Bernie buying a lake house with campaign money, but that was false. (In reality, he inherited a house in Maine, which he would not be able to easily visit, so he sold it and used the proceeds to buy the lake house. Nothing about that is illegal, rare, or limited to the realms of the rich.)

But it’s true they held a town hall on income inequality… 3 years ago in 2018. So it’s not like this was a current event. But here’s the thing: even if it WAS true, that these three are worth $20 mil each (and that’s a big IF), what they’re fighting to accomplish will cost themselves money. And they’re OK with that because they’re interested in coming up with domestic policies that benefit the whole country, not just the upper crust.

Show me one Republican politician who supports an issue that will personally cost him or his big donors. I’ll wait...

Time’s up. Don't feel too bad; Republicans are all about protecting the “haves” against the “have-nots.” And they’re almost always “haves,” themselves. Or at least they plan to be shortly after they leave Congress and get jobs in big money “think tanks” and appear on Fox “News.”

Every big Democratic donor is acting against their own financial interest because Democrats want to tax the rich to provide a better life for everyone else. And they’re willing to take the hit to make that come to pass. So go ahead and attack the Dems who have money. It only goes to show that they care about the American citizens and each Republican is nothing more than a crazy little Scrat, scurrying around, trying to protect his own nut. Bag the elephant; this should be the GOP symbol: 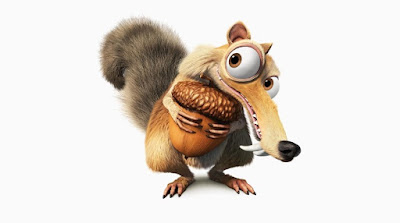 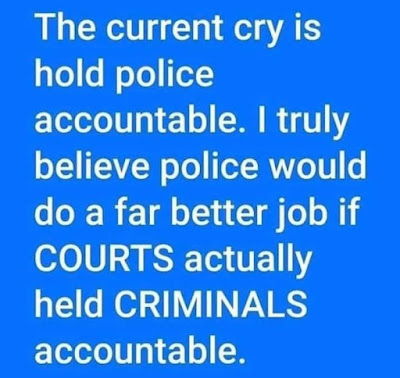 Here’s a news flash: the courts would be able to do a far better job holding criminals responsible if they didn’t have so many police running around planting evidence, falsifying reports, and beating up handcuffed detainees.

There was a story I covered two years ago about how there are now over 300 Baltimore police officers on a list with the State’s Attorney’s office as non-credible witnesses, who cannot be put on the stand. Until that changes, the cops can arrest as many as they want, but they’ll end up right back on the street if they can’t be convicted.

You want to get criminals convicted? Make sure the cops follow the rules so they can testify without tainting the case with their own history of abuse and corruption.

If I may take a personal digression for a moment, I’d like to bid congratulations to my nephew, who yesterday graduated from Penn State. I am beyond proud of the young man. And geez, it seems like just last week when he was taking his first steps.

The dude is going to be totally set up for real life too; he’ll be walking into a job that will pay him a figure I never saw until I was 48 years old, (44 if you adjust for inflation.) Maybe if I’d taken economics instead of radio/communications I’d have done a little better in my early years.

But he’ll be able to live at home for a while and sock all that dough away. He should have quite a war chest when it comes time to move out on his own.

It’s funny though. When I heard about his job, (and got back up off the floor), I went and looked up my own wage history as provided by the Social Security Administration. (I used to get annual mailings from them, showing my taxable income for every year I worked. Now it’s all online.) That’s how I came up with that little factoid above.

My first full year after college, I made $10,800 ($27,390 in 2021 money.) With that, I was able to move out of the house and shack up with my girlfriend and another roommate. A year later, I made $11,440, which allowed me to get my own apartment after the girlfriend thing inevitably blew up. My rent for a 1-bedroom efficiency, less than a mile from my workplace, ran about $180/month. I was happy. I had what I needed and just loved being independent, with a place of my own. It was enough to keep me in food, wine, records, and the occasional piece of stereo equipment.

I don’t know what I would have done at that age with the kind of cash my nephew is going to have. I’m sure he’ll manage it carefully. He’s pretty level-headed. I just fear that he’ll miss out on one of the best financial teachers there is, which is living paycheck to paycheck. Not having much money is a great way to learn how to get good value for your buck and to learn the difference between what you need and what you want. It’s a skill that will pay off for the rest of one’s life.

It’s a shame that his last year of school was a mess. There were a lot of parties, football games and other social events that never came to be. Just walking around being a senior was a fond memory I had and it’s too bad his crowning year was kind of a downer.

But, he’ll no doubt make up for it in the year to come, just by being young, handsome, witty, and carrying some spending money. There are far worse scenarios that could come to pass.

The kid is fortunate that he had an ideal situation. He never needed student loans so he’s starting out debt-free. That’s a rare benefit these days. His family, myself included, will make sure he finds his way and builds a solid foundation from which to launch.