I’m writing this Memorial Day afternoon, well into my second margarita, so please excuse me if this post doesn’t hit my usual bar for clarity and insight. But that’s not really a very high bar now, is it?

First I want to thank the families of those who served, fought, and died in defense of this country. Their family’s sacrifice is not forgotten. I’m doing that first because I have to be careful how I phrase it, because if I do like Kamala did and just wish everyone a happy Memorial Day weekend, I’ll be called a commie, military-hating, no-good foreigner.

You have to be super-careful if you’re a Democrat these days because everything you say and do is wrong, regardless that your accuser has done worse, just because you’re a Democrat. Because the Veep wished people a nice weekend, she’s being disrespectful, but when the former guy said that veterans were suckers and losers, he was taken out of context, or the reporting was wrong, or the leaker was a commie, or he didn’t really mean it, or something, something, Socialism! MAGA! 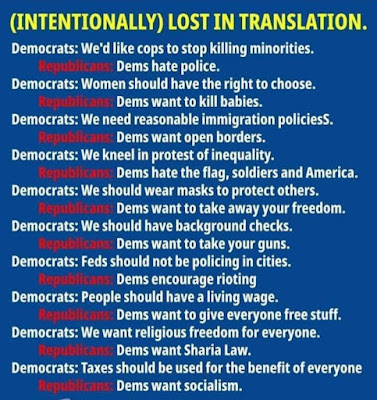 I saw another classic meme misdirection this weekend, one that comes around every Memorial Day like clockwork: 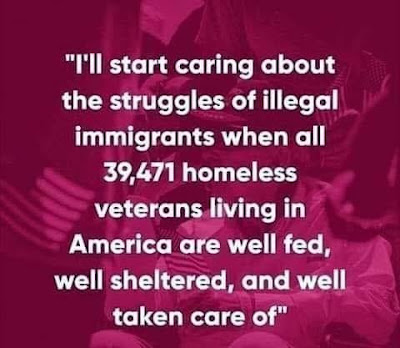 This is the Republican response to getting anything done for anyone… that we can’t do “X” because homeless vets, etc. The trouble with that logic is that the Republicans never do anything for veterans either. They had control of the presidency and both houses. Did they do anything for veterans? Nope. Nothing that wasn’t already in the works. Not that they didn’t TRY to take credit for it.

All the former guy ever did was sign a VA Mission bill, which allows veterans to have a private doctor if their wait time is 20 days or if their drive is 30 minutes. That’s it. No programs, no money spent. So spare me the dewy-eyed paeans to our veterans. Republicans are done with them as soon as they’ve served their purpose. They only care about using them as a lever against doing something for anyone else.

It looks like we dodged a bullet in Texas with their proposed gutting of voting rights, right down to allowing the legislature to overturn election results. It was the most fascist, anti-democracy, anti-American piece of legislation I’ve ever seen. It took the totality of Democratic lawmakers walking out to deny them a quorum to keep the bill from passing.

How much do you want to bet that the next order of business they take up is lowering the number for a quorum to however many Republicans are currently seated? Fucking maggots…

Sweetpea has been having a terrible time trying to order a pair of shoes online. She saw an ad on Facebook for some shoes that would help her sore feet so she took a shot and ordered them. When they eventually showed up, they were size 4.5. She ordered 7.5. The invoice showed the correct size. Seems like a simple matter of switching them out, right?

Nope, in their Pidgeon English emails, the company wanted her to measure her feet and provide pictures of the shoes not fitting.

We sent them this shot of the shoe she ordered lined up among her other 7.5s. 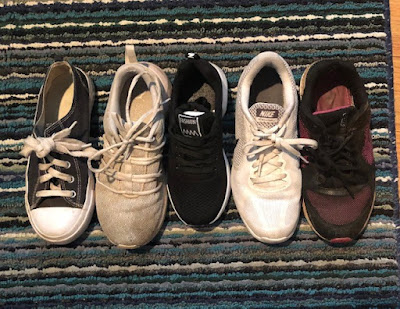 That wasn’t enough. They then wanted a picture of her foot on a ruler, because… whatever. Which we sent.

When they finally sent another package, they turned out too small as well. On the size tag, they had 7.5 written in with a marker. When we scrubbed that away, the tag said 6.5. It was infuriating. 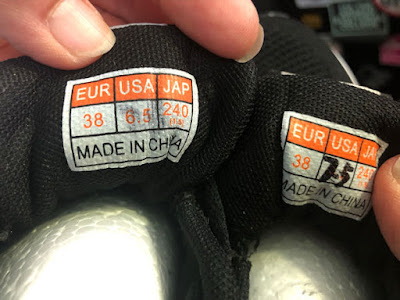 And still, they wanted to argue about it, insisting that we send more pictures of her foot not fitting in the shoe and one with a ruler. I think this company may be run by foot fetishists. We resent the ruler shot from the last time. And she’s been very direct with what we see happening and what we expect. It’s obvious that they’re out of 7.5s but they have to send us something, so they try one ploy after another, always throwing up another hoop to jump through… anything to get us sick and tired of fighting about it; just giving up and letting them keep the $50.

Not gonna work though. At least we have the ace in the hole, of disputing the charge with the credit card company. But in the meantime, we’re being entertained by how they try to bob and weave and avoid admitting fault (or… gasp… either fulfilling the order correctly or providing a refund.)

We’re grilling out tonight and I was almost really excited about it. Sweetpea came home and said she found wild boar on sale, so I’m thinking, giant fire pit, raging fire and then red-hot coals, with a great beast on a spit.

Alas, she was talking ground boar, which wouldn’t look nearly as impressive on a spit. Not even if I molded it into the shape of a pig. 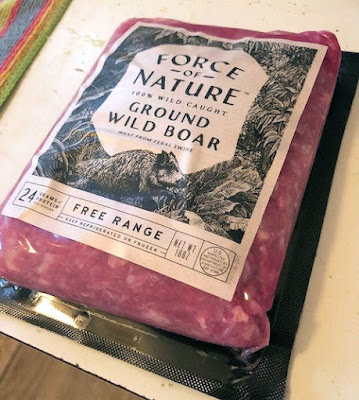 Director’s DVD Commentary: My apologies to my friend Infidel753, whose activism for meatlessness I respect, but cannot, myself, join. I acknowledge the horrors that go on in slaughterhouses, but remain secure in the knowledge that my food comes from wild hamburger tree groves, standing by vast, waving fields of bacon