Well, here I am again, trying to smack down an argument on the same old thing.  Some numb-nut Assemblyman from Virginia wrote in to the Baltimore Sun this morning with an anti-gay marriage diatribe.  Same thing happened here in March, when Maryland was considering a law permitting it, and someone wrote in a bunch of bigoted bullshit masquerading as religious mumbo-jumbo.  I wrote into the paper and they ran my letter online.  It didn’t make the print version, but I was OK with that.  I got a good post out of it.
I tried it again this evening and I’m pretty sure this one won’t make the paper either, mostly because it’s longer than the average Letter to the Editor.  But again, I at least get a post out of it.  You can see the original op/ed piece here.
If I was writing it solely for the blog, I’d have went into more detail and used more of his quotes.  But since I was trying to be compact and not give his views any more exposure than they already got, (other than to make fun of them), I only hit the major points.
My letter is below:
Regarding the commentary by Bob Marshall (On Marriage, O’Malley Should Heed O’Brien), the author should be commended for providing a veritable litany of logical fallacies, errors and oversights that would serve as a real-time example of “How Not To,” for any high school debate team.
Right out of the gate, he starts out, “As a Catholic, a 20-year member of the VA General Assembly…” When talking politics, religion is irrelevant as a basis for argument.  State law must apply to everyone in the state, not just those adherents of any particular brand.  In America, being Catholic gives one no more standing than being Jewish, Muslim or the Buddha himself.
Next he claims that by O’Malley telling O’Brien to stick to administering to his flock, he is infringing on the Archbishop’s First Amendment rights.  The Governor was questioning whether he should be speaking on the topic, not whether he was allowed to.  This is a common dodge because it appears to help bolster a weak argument by vociferously claiming the right to make it, which of course, was never in question.
While I acknowledge he has a right to express his opinion, perhaps Assemblyman Marshall should stick to misdirecting those in his own state.
He goes on to compare sexual orientation with the usual scare-issues: pedophilia, polygamy, necrophilia, bestiality and so forth.  He claims that there is no logical reason to draw the line between these things and same-sex marriage, because they’re all behaviors.
Of course, they are not all behaviors.  Scientific studies have overwhelmingly shown that homosexuality is an inborn trait.  (At least, the studies that weren’t bought and paid for by religious conservative think tanks, where the conclusion is written before the testing is done.)  The rest of these scare-tactic actions are not inborn and there is no one campaigning to legitimize them.  In fact, the most common place you hear about such things is in arguments from people wanting to prevent gay marriage.
Marshall even drags poor Thomas Jefferson into it, of all people… the Poster Boy for Separation of Church and State!  Perhaps he should look up what Jefferson had to say about limiting the power and influence of priests.
The last big swing and miss comes when Marshall explains how permitting gay marriage will “impact the rest of us.”  He raises a lot of preposterous predictions about how religious schools will lose their tax-exempt status and will be forced to “promote (not just tolerate) homosexuality.”
Even a cursory reading of the law that passed in New York (in addition to the one that was proposed in Maryland this year) will show the protections for religious institutions that were baked in.  Once again, we have a lot of horrible-sounding scare tactics about possible actions that aren’t really in play.
And isn’t that exactly how you push an argument when you can’t win on facts?  You play on fears and misdirect attention.
Gay marriage has zero affect on traditional marriage.  Zero.  There is roughly a 50% divorce in this country right now and there will no doubt continue to be one if gays are allowed to marry.  If people would work on their own households rather than worry about what’s going on next door, perhaps that percentage might improve a little.
When you strip away the fear mongering and scary language, this is really all about withholding civil rights from people because of the way they were born.  And that’s wrong.  It was wrong in 1776, it was wrong in 1964 and it’s wrong right now.
I really wish I could shelve this topic for a while but the shit just keeps coming back.  As long as a bunch of holier-than-thou hypocrites are making it their mission to keep good people from being happy, I’m going to have to keep holding feet to the fire and calling ‘bullshit.’
Bluz… OUT! 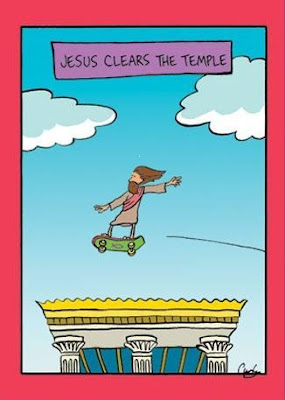