How About we Cut the Kid a Break?

I was reading on the Yahoo news page about the latest developments in the case where 16-year old Hannah Anderson was kidnapped by a close family friend, who also killed her mother and brother.  The three of them had gone to the man’s house for a day of go-kart riding.  Six days later, (last Saturday) she was rescued when she and her kidnapper were spotted in the Idaho wilderness.  He was killed by police, in a shootout.

Among the developments:
*  This week, the girl was on an online social media service, answering questions about her ordeal.

*  The police determined she and her captor had exchanged 13 cell phone calls on the day of her kidnapping.

*  He had taken the girl on trips before, to Hollywood and Malibu.

I was going to write about something else today, but I couldn't get the disappointment out of my head.  People were tearing this poor girl up! 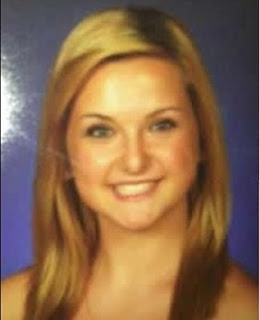 Some were claiming the whole story was fishy, because the girl had been in repeated contact with the guy via cell phone on the same day she was kidnapped.  They think she was in on the whole thing, in an apparent scheme to have her mother killed.  Others were claiming the parents were negligent for allowing her to go anywhere with him.  More still criticize her for being online answering questions, and not appearing more upset.

It’s funny how people presume to know something about which they actually know jack shit.  It’s like they watch a few TV shows, so now they’re experts on behavioral psychology and deductive reasoning.  Then they watch shows like Nancy Grace, which is only about a couple of logs short of the Salem Witch burnings, and demand to go from the rescue straight to sentencing the victim.

I’ll give you that these comments strike a nerve because some of those same arguments were thrown at me, back when MY buddy’s 10-year old daughter flew out to stay with me for a couple days.  (I wrote all about that, here.)  What these jackals fail to realize is that not everyone is a murderous pervert.  There could have been any number of reasonable explanations for these allegedly damning details.

People have to remember that this guy was a family friend who had been closely involved with the family.  As far as anyone knew, there was no reason for mistrust.  Sure, 13 calls might seem like a little much, but we don’t know what was going on.  Maybe he was supposed to pick her up from school.  Maybe they were arranging details regarding their upcoming visit.  Maybe the call kept dropping before they were finished.  Maybe friends were interrupting her.

The point is you can’t immediately jump to the conclusion that proves she wanted to kill her mother.  There can be no certainty in the absence of information.  If jumping to conclusions was an Olympic event, this would be a country full of gold medalists.

The same goes for her online presence.  Apparently, she’d been active on this particular site, was inactive during her disappearance, and then restarted when she got back.  I saw some of the Q and A and I thought she handled things as well as can be expected.  People were asking her very blunt and pointed questions, which she answered as she saw fit, including that she thought her captor “deserved what he got.”

People are like, “She’s not upset enough, so she must have set it all up.”

Where do people get off charging that she wasn't upset enough?  First of all, people process tragedy in their own ways.  Maybe she’s numb.  Maybe she doesn't know what to make of it all, after being abused by someone she knew well.  Or maybe she’s handling it the way teenagers handle everything… by talking about it online.

Secondly, no one can see what goes on, on the other side of the monitor.  Words are stark, especially when pecked into a cell phone.  They don’t necessarily reflect the angst that might have gone on behind the scenes when typing out these answers.  The poor girl is sixteen.  What the hell do these emotional vampires expect, another Twilight book?

I’m pretty sure if I were to endure some kind of trauma, the first thing I’d do upon recovery is talk to you about it right here.  I mean, look at the whole Kidney Stone saga!  And if there had been blogs back in the 80’s, I’d have written The Whatsername Trilogy way back then.  It seems to me it’s perfectly rational for her to talk about her experience online.  Either that or I have the emotional sensibility of a 16-year old girl.

As far as I can tell, there’s no reason she can’t talk about her experience as she sees fit.  It’s not like she can give away information that could hinder a prosecution; the dude is dead.  There’s not going to be any show trial.

It’s an added tragedy that this case will cast doubts on all relationships between grownups and their friends’ children.  My friends and other neighborhood kids all had relationships with my parents, and even went places with them, like to football games in Cleveland.  My buddies and I are all “Uncles” to each other’s kids, and if I had any of my own, I wouldn't hesitate at all to send them out to hang with their Uncles.  It’s good to have a grownup to talk to, when a kid is not inclined to speak to their own parent, for whatever reason.  It’s a way to strengthen the whole tribe.

It kills me that this asshole used that trust to destroy a family, and in doing so, made it harder for the rest of us to maintain positive, productive bi-generational relationships.

I don’t know the entire story of what happened to Hannah Anderson last week and I’m pretty damned sure that the rest of these Yahoos don’t either.  Maybe she is some sort of 16-year old evil mastermind.  Or maybe she’s just a kid that got terrorized by a nutjob.  But how about we let the facts come out before making judgments and coming to conclusions?  How about we cut the girl a break and refrain from making asinine accusations based on presumption and hysteria?

At least until the next high-profile atrocity comes along…
Posted by bluzdude at 6:26 PM

Email ThisBlogThis!Share to TwitterShare to FacebookShare to Pinterest
Labels: Bullshit, Morons on Parade, News Bluz, Things That Piss Me Off