Hope everyone had a nice Christmas.  Mine was just fine.  And I even refrained from torturing my mom by sending her pictures of my Christmas Pop Tart Breakfast this year, by instead switching to crescent rolls. 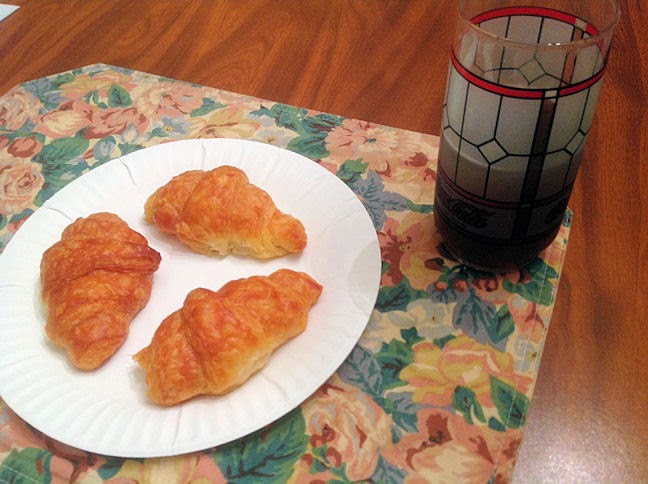 And what Christmas morning is complete without a roaring fire? 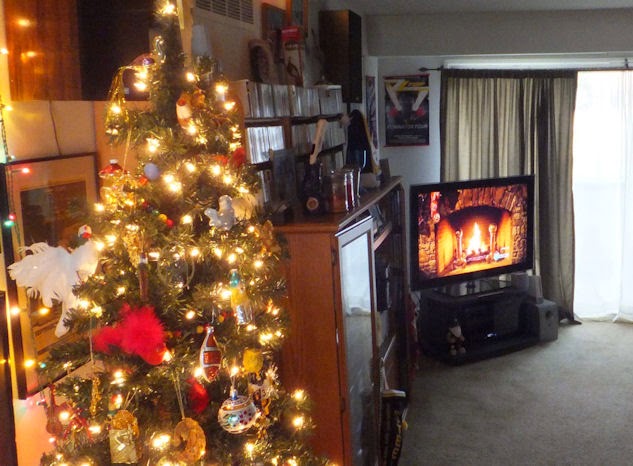 Top This
After opening the presents I had laying under the tree, (no, not from me), and knocking off the daily crossword puzzles, jumble and Sudoku, I went to spend the day with my brother and his family.

On the way there, I saw the strangest thing… something that’s never occurred to me before.  I didn’t have time to snap a picture myself, but I found the same thing online. 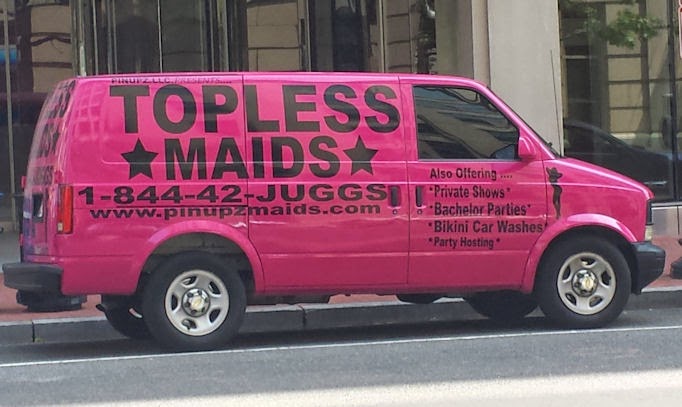 Seriously?  They have that?  I’ll be damned.

So I researched a little further and found that this is indeed, a real business.  And not only do they clean, they do private shows and bikini car washes!  I also wanted to be sure they wouldn’t be sending Mama June over.  Some things are better left unseen.

Now, as a single, apartment-dwelling dude, you’d think this would be a perfect perk for me, sure to put a little schwiing in my step.  And I actually considered it for about a tenth of a second before dismissing the idea.  Why?

Well, because I would obviously have to be there while they’re cleaning, to make it worthwhile.  And I’d have to watch them cleaning… cleaning up after me.  I would never be able to enjoy that.  The whole time, I’d be worried that she’s thinking, “What a lazy slob.  Why can’t he do his own dusting and vacuuming?  What else does he have to do, watch more Modern Family reruns?”

I would also be concerned about the quality of the housekeeping.  Judging from the pictures on the website, I don’t think these maids were hired based on their prowess with a dust rag.  Would it be rude of me be follow them around going, “You missed a spot.”?

I think a more useful service might be topless plumbing.  Now what single guy doesn’t want his pipes cleaned once in a while?

Check Mate
A while back, I went to my local bank to pick up a couple more check registers.  You know those things where you record all your checks and keep your balance?

I think I may be the only one left who uses them.  They asked me how many I wanted, and I said, “I don’t know… a couple, maybe?”

They said, “Here, take all these.  I don’t think we’ve given out more than two or three all year.” 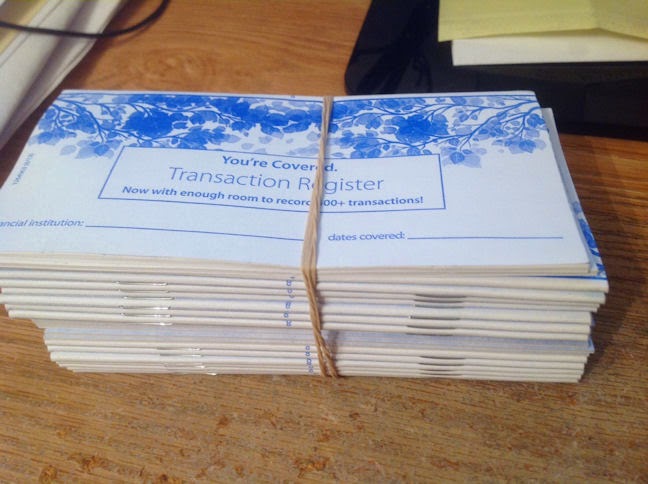 Now, I write very few actual checks, and pay all my bills via online checking.  So I know how to access my checking information electronically.  But I still record and balance my account on a check register.  Is that weird, or just redundant?

For me, it’s just the way I learned how to do it.  I record everything going in and out of the account, and balance it against my statement every month.  I like having an alternate accounting system, in case something happens that interrupts online accessibility.

Do you still manually balance your checkbook?  Let me know if you need any check registers.  I think I have enough to last me until I’m 150.

Bluz on his deathbed: But I can’t die yet…  I still have 7 more check registers to go…

Starting off the New Year with a Bang
I haven’t done jack-shit so far this week, mostly because I’ve been sick.  Came down with a cold on Christmas night, and have been hacking and pounding Vitamin C ever since.  So I’ve been taking it easy and just loafing around the place. (Yeah, I’m sick!  That’s why I need Topless Maids!)

Yesterday, for example, my biggest activity was ordering Chinese food and watching 9 episodes of LA Law, Season 1, on DVD.

But I’d better get my act together soon, because I’ve got a big weekend coming up.  When I was at my brother’s, at Christmas, he brought up the idea of going to the Burgh this weekend, and seeing a couple of games.  The Penguins have home games Friday and Saturday nights, and if the Steelers beat the Bengals (which they did), they would have a home playoff game as well.

Right off the bat, we ordered tickets for the Friday night Pens game, and after the playoff picture became clear, he got tickets for the Steelers/Ratbirds game Saturday night.  He already had a hotel room reserved.  (You have to understand, my brother is like a ticket savant.  He always gets what he needs.)

So, my brother, his son Daniel and I are going to have an adventure.  I can’t wait.  Games aside, I’m excited just to hang out with them.  And I’ve seen Steelers/Ratbirds games a number of times, but never in Pittsburgh.  So it will be nice not to be screamed at and threatened by a bunch of mouth-breathing cement heads.

I’ll have a full report next week.  I just hope I feel better by then. By the looks of the weather report, it’s enough to make me catch a cold.
Posted by bluzdude at 1:40 PM