That Was the Week That Was

That was quite a week we had last week, huh?  Whole lotta stuff going on in the news that seems vaguely important.  For a change…  So let’s see what we think about it all. 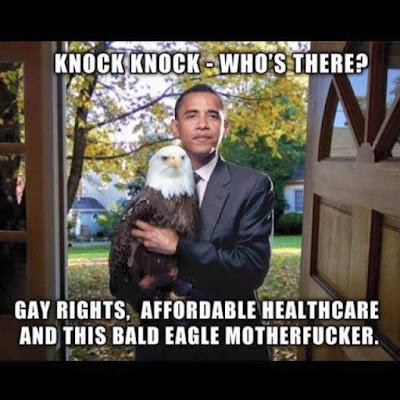 South Carolina
Yep, pretty tragic stuff, with that church shooting.  What that terrorist did… no wait, that was a white guy, so he can’t be a “terrorist,” I mean that “disturbed individual” did was sickening.  But at least people are taking down the Confederate flag!

I know it makes a good story, but I’m just not impressed by all this flag stuff.  But I can see why it grabbed everyone’s attention.  It’s something that’s easy to fix.  It doesn’t take much to pull down a flag and put up something else, like the US flag.  Sure, it makes some waves, but waves level out over time.

And businesses?  They have no backbone at all, especially the big retailers.  They’ll go whichever way the wind blows, so not to lose money or customers.  At least they will for the time being.  It wouldn’t surprise me to find some back channels being set up right now, so Bubba can stay flush with stars ’n bars memorabilia without their having pickets outside Amazon headquarters.

It’s no wonder politicians, even Republicans, are jumping on the bandwagon.  This way, they can appear sensitive to African-Americans, without having to address any actual problems.  You know; if there were any racial problems.

According to Fox “News,” the arbiter of what the GOP is supposed to care about, there is no “white privilege” and racism has already been solved.  Therefore, if there’s no longer a problem with race in this country, they’re not wrong in ignoring it.  No need to be concerned with urban unemployment, minimum wages, food deserts, dilapidated housing and crumbling infrastructure.  “But hey, we let you take down that flag!” 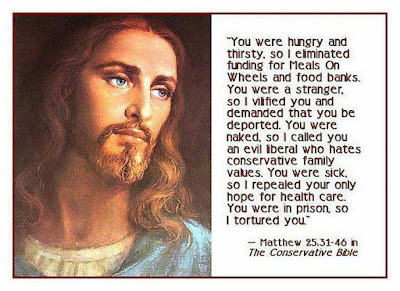 What’s hard to fix is the mentality behind the glorification of the Confederate flag.  Yes, there’s a prideful and nostalgic element, but it’s dwarfed by the gross insensitivity of what it represents to those who aren’t Caucasian.  It’s relic of the Confederacy who fought the Civil War primarily because of slavery.  There’s a reason why stores continue to sell Confederate flag stuff… there’s a demand.

WalMart is no hero for pulling this merchandise; it was purely a dollars and sense decision.  They make a certain amount of money on these things, which is why it warranted shelf space in the first place.  But the negative publicity was going to cost them more in lost sales than what they made on Confederate flags, so the merch gets pulled.  Clean and simple.  Gotta protect the bottom line.

What would have been heroic would be taking this stuff off the shelves before the controversy, say, anytime over the last 50 years.

Obamacare
I’m pretty sure the Republicans are relieved about the Supreme Court decision upholding the ACA because they were painted into a corner.  If they had won, the onus would have been on them to come up with something better.  They’ve had five years and haven’t come up with jack shit.  The millions of people who just lost their insurance coverage would be looking for an explanation, and short of that, retribution, come November 2016.

This way, they can continue to campaign against Obamacare, without having any skin in the game.  They can just keep on doing the opposite of whatever the president wants.

Obviously, the ACA is not perfect.  No legislation of this complexity ever is.  So the answer is to fix the specific problems, not just scrap the whole thing.  You build the infrastructure step by step.  But that’s too complicated for a campaign bumper sticker, so no one is interested.

Same-Sex Marriage
That was the Big One.  People will be wailing about this one for years.  Well, by “people,” I mean right wing religious dogmatists who don’t see a problem with forcing other people into a lesser class because they conflict with their own sense of religiousness.  The sane part of the country (60% and counting) celebrates this unequivocal statement of freedom and equality.

A truly free country does not let one person’s “freedom” create social and financial hardship for others.

And like I saw on Facebook, “If the practice of your religion results in the victimization of others; find a new religion.”

I’m sickened by the gross duplicitousness of using religion as a cover for bigotry.  As I’ve mentioned here many times before, there is a whole laundry list of religious prohibitions found in the Bible, none of which are taken seriously in this day and age.  So why this one?  When the religious nuts start seeking injunctions against Red Lobster’s All-You-Can-Eat Shrimp Festival, then I’ll take their claims seriously.

Until then, it’s just the continued cherry picking of the Bible to support their own prejudice.  Period.  And remember, these are the exact same arguments put forth in the 60s, to protest interracial marriage.  The Supreme Court held that we hold no separate classes based on the way we were born.

They just said it again now.  This is America.  If you open a business, you have to cater to whoever walks through your door.  Period.  If you don’t, you have to have a damned good reason, like a health code violation, an illegal altercation or disturbance, or they’re robbing you.  It can’t just be because your discomfort with one of their inborn characteristics.

I had to laugh at Justice Roberts’ dissent, asking, “Who are we?” to change millennia of tradition.

I would answer; the same people that changed the millennia of tradition when granting corporations personal rights of religion and speech.  It didn’t seem to matter very much then.  What’s different now?

When I first heard the decision, I wondered how long it would take for conservatives to try to get around it.  It didn’t take long to find out.  They plan on using every means necessary to ignore, legislate and regulate their way out granting marriage licenses to same-sex couples.  Hey, it worked on abortion, and that was “decided” over 40 years ago.

Like with the Obamacare ruling, I think Republican politicians are pleased as punch over this decision.  Now they get to bring out their campaign fear tactics in full force.  They can rile up their limited-IQ base with threats of bestiality, pedophilia, polygamy, and any other perversion they can come up with.

If they can’t run on their accomplishments regarding the economy, jobs, infrastructure repair, health care, or the stock market, they can sure as hell sell some fear to the gullible masses.

I bet their message will fit on a bumper sticker too.

Director’s DVD Commentary:
1: Thank you Cassie, for the opening graphic, which I lifted from your Facebook page.

2: “That was the Week That Was” used to be a news show in the 60s, on which musical satirist, Tom Lehrer, used to perform.  He later made an album of those songs and named it “That Was the Year That Was,” which is the only reason I know that little piece of useless trivia.
Posted by bluzdude at 7:08 PM