Shortly after publishing last week’s post about the Planned Parenthood video controversy, I saw a couple of articles that backed up my main premises: 1) that the video producers worked with Republican congressmen long before the first video was released, and 2) that the goal was to erect further barriers to legalized abortions rather than to effect change in tissue disposal.

In this article, they stated that there were several groups of GOP congressmen who screened the videos a month or more before the release of the first one.  The video release was timed to coincide with a vote on providing funds for Susan G. Komen Foundation, which (among other things) gives grants to Planned Parenthood.

Needless to say, many of the bill’s supporters did an immediate about-face and shit-canned the legislation, fearing being labeled as in support of baby part merchants.

The article went on to say how the “Center for Medical Progress” (who employs no medical or scientific staff of any kind) took over 30 months to conduct their “investigations.”

Answer me this: if their goal was to highlight the means of disposal, would it really take 30 months?

Of course not.  They could have made their concerns known to the public at any point.  But they spent over two years cobbling their “evidence” together and editing it into slick, bite-size morsels, meant to play out of the course of an election season.

This is a political hit-piece, nothing more, nothing less.

To further illustrate the intellectual disconnect with this topic, Ted Cruz rolled out a new commercial to leech off this custom-made political “crisis.”  The spot features the line, “So how did America become a country that harvests organs from unborn children? And who has the courage to stop it?”

The problem is that the opening images depicted images of polio victims.  You remember polio, right?  That was one of the many diseases whose cure was found via testing on fetal tissue.

Congress specifically legalized the use of fetal tissue for research purposes 22 years ago.  So where has all the outrage been?  Where are all the bills put forth to reverse the law?

Or could it be they only care about such things in order to pacify the anti-choice wing of their base, during an election season?

In fact, Mike Huckabee is fine with an 11-year old, who was raped by her step-father, being prevented from having an abortion.

To me, that is a perversion of morality and such a complete lack of empathy, I wouldn’t let him near an 11-year old pet, let alone a daughter.  Mike Huckabee (and Cruz and Rubio) is what happens when dogma becomes more important than the pain, suffering and psychological harm of a schoolgirl.

I’m sorry, I have to put the rights of a living, breathing, thinking, feeling, hurting human being ahead of a grape-sized non-sentient collection of cells and plasma.  And I’m supposed to be the Godless heathen…

Planned Parenthood is getting a raw deal here, and millions of women who can’t get affordable health care anywhere else are going to suffer for it.  All of that, because one small group of people think their sense of morality is more important than someone else’s right to control what happens to their own bodies. 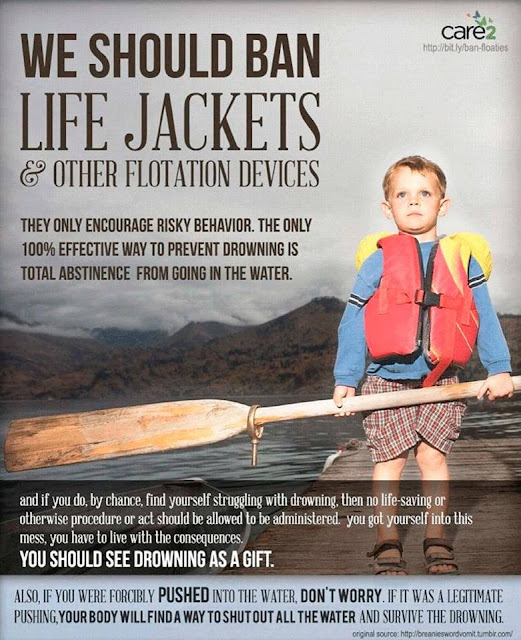 Again, here is a link where you can donate directly to Planned Parenthood.

Trump This
The other controversy of the week, (well, last week, to be fair), was when Donald Trump took umbrage to Megyn Kelly’s questions to him and went after her on Twitter following the GOP debate.

Now I don’t really have a dog in this fight because I think they’re both full of shit.  He’s a political clown and she’s a shill for Fox “News.”  But I have an idea about the root of The Donald’s discontent, which I haven’t seen explored anywhere else.

He’s upset with her sharp questions because he’s used to getting his ass kissed 24/7.  He’s not used to being called to explain himself or accused of doing something wrong.  She called out the Emperor for having no clothes and he, having razor thin skin, promptly whined to his sycophants on social media about it.

What Trump doesn’t seem to understand is that this campaign is not his stupid reality TV show, and journalists have a duty to ask hard questions to those who seek the presidency.

Now, I’m not saying she’s a “journalist…”  I think she was instructed by her bosses at Fox, to take some shots at Trump.  I think they thought he was someone they couldn’t control and it would make their lives easier if he were knocked down a few pegs.  But she absolutely had the right to ask him hard questions.

Besides, that’s what Fox is known for, isn’t it?  Asking hard questions to foes and tickling the balls of their friends?  Since when do you ever see a Republican get asked hard questions on Fox “News?”  They save the fastballs for the scant few liberals they invite on the show and tee up the softballs for their political spawn.

At the moment, Trump is the leading GOP contender.  He’s better get used to some verbal chin music from now on, or else his whining is going to grow awfully old with the voters.

Then again, his hissy fit might have worked.  I later read that he and Fox “News” boss Roger Ailes, worked it all out.  Shortly afterward, he was on Hannity for a good half hours’ worth of ball-tickling.

This is going to be one long-ass election season.
Posted by bluzdude at 8:00 PM

Thanks for the back-up references. Fear of polio froze many of my childhood summers.
Tallahassee launched another salvo as Gov. Scott ordered an investigation into alleged second trimester abortions at three P.P. facilities. Planned Parenthood is seeking an emergency injunction A P.P. spokeswoman for Southwest and Central Florida says,"The state's actions are patently disingenuous...a wholly unwarranted political attack."
How many children in Central and Southwest Florida are hungry, hurt and homeless.

Love the description of what Foxy does for their favorite politicians. ;) I'm so sick of the conservative politicians squashing the freedoms and rights of others in the name of protecting their own. How do people not see through all the manipulating and trash-talking? How dumb are we as a nation? I'm scared of the Republicans taking over the big seats this time around. Truly terrified. Well-written, as usual, Bluz.

It's already been too long a season. In fact I don't think it has a beginning or an end anymore. It is the perpetual motion machine we have waited for, but no one thought it would be this thing of evil.

Tony, you're one of the good ones. Please never stop giving 'em hell. I cannot believe that after 40 yrs we're still fighting the abortion battle. I'm with you 100% on all of this. And why can't we have a 6 month election season like Britain. I'm already exhausted.

If not abortion, some other juiceless issue would predominate. Childbirth anaesthetic, short hair, sex ed., short skirts, all birth control information and materials, women in the workforce, military, any governing role, anywhere outside home, school, hospital, church or brothel are a few targets, even after 40 years.

You can thank the advent of the 24-hour news channel. They have to have content to feed the beast and election hype is just the thing to do it.

Gov. Scott has to chase another angle because Florida PP clinics don't provide fetal tissue for research. But he can't just let the opportunity to score points with social conservatives pass, can he?