Put a Bork in it

I have to be very careful about how many new shows I start to follow.  Once I like a show, I have to see every episode, which can lead to difficulty once hockey season starts and there are 2-3 Penguins games on each week.  I have to be sure to leave some empty spaces in my schedule, where I can catch up on stuff I’ve DVRed.

But there was one show I felt warranted an instant place in my weekly lineup immediately.  It’s a new version of an old show I used to enjoy, back in The Day. 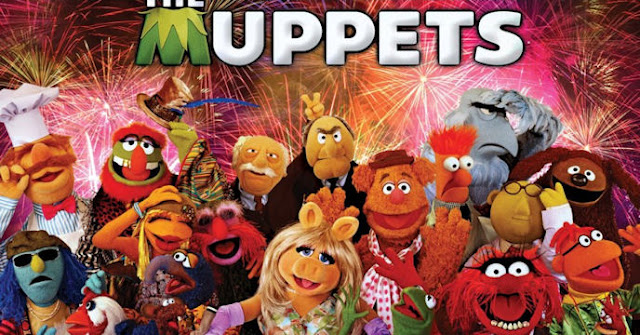 I think I was a sophomore in high school when the original Muppet Show came out, but I didn’t start to watch until I was a senior, I think.  I probably dismissed it as a kid’s show for the first couple years, before I actually saw an episode and learned that it wasn’t a kid’s show at all.  I’m not saying the humor was sophisticated, but it was definitely for the grown ups.

One of the first articles I ever wrote for my high school paper was a (very positive) review of the Muppet Show.  I had a Dr. Teeth and the Electric Mayhem poster up in my room for ages.  And I remember I used to sit beside the TV speaker with my portable tape recorder and record the audio for every Swedish Chef segment.  (The Chef is still my favorite Muppet, bar none.)  We never got a VCR until years later, so I had to make do.

You probably remember the show; the premise was that the Muppets were putting on a weekly vaudeville-style variety show, each with a special human guest.

In the new adaptation, the Muppets are still putting on a show, but now it’s a late night talk show, starring the temperamental Miss Piggy.  She and Kermie are no longer an item; they broke up and he’s seeing a new pig.  (No, that wasn’t an insult. She’s a pig and her name is Denise.)

In this world, humans still interact with the Muppets, but in an entirely new way.  They’re not just on the show but involved with the Muppets’ lives.  In fact, Fozzie Bear has a new human girlfriend.  In the funniest scene of the premiere episode, as Fozzie is heading out to meet her parents, he explains how they met through a personals ad.  He said, “When your online profile says you're a 'passionate bear looking for love,' you get a lot of wrong responses.”

I almost fell off the couch laughing.  Nope, this isn’t the Muppet Show of my youth, and I love the newer, hipper, more culturally aware vibe.

Not all agree with me, however.  That same line garnered online petitions and outragist offense-taking on the part of the usual busybodies on the Christian Right, (the group “One Million Moms”) who seemed to think the Muppets were synonymous with Sesame Street.  But as I said, this isn’t a show for kids.  And anything that’s been remotely daring has been addressed in terms that would go over a kid’s head.  (Like that “bear” joke.)

Someone needs to tell the “One Million Moms” that there are a corresponding One Million Channel Changing Buttons, and that they can use them as they see fit.  And to each, her own.

I was relieved to find that the Swedish Chef still has a prominent role in the show.  He may not get his own 2-minute segment anymore, but he’s a regular presence.

I think it was in the third episode when the cast was tired of Miss Piggy being such a pain in the ass, so they decided to get her a man.  (Yes, really.)  So they got Kermit to book crooner Josh Groban on the show, knowing Miss Piggy would take to him nicely.  At one point, everyone is huddled around her dressing room door, wondering what she and Groban were doing in there.  The door opens, everyone looks shocked, and then the Chef says, (imagine the Swedish Chef voice) “Der piggen da gropin’ da Groben.”

Later Groban is giving Piggy a hot stone treatment on her back.  Chef ambles by, takes a sniff, and asks Kermit, “Soombody cooken der piggen?”

I’ve always loved the Chef’s mumbo-jumbo.  It’s completely nonsensical, but never fails to kill me.  And they totally use it, too.  I mean, they had an episode where the cast went to a karaoke bar after the show, and the Chef takes on the 70s classic, “Rapper’s Delight.”

Apparently you can get that as a ringtone now.  I’ll have to look into that.  In the meantime, I found this: 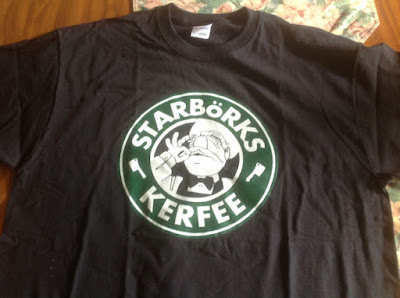 I must say, considering Jim Henson has been dead for more than 20 years, it’s amazing that all the characters he used to do still have the same voice.

I also like Beaker, who’s still getting tossed around, pummeled and electrocuted, working as the lab assistant for Dr. Bunsen Honeydew.  He still doesn’t have much in the way of language skills, though.  If I didn’t get that Chef t-shirt, I was going to get this one. 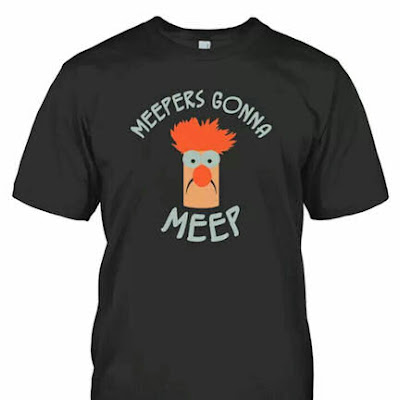 I also read that the executives at ABC aren’t happy with the way the show is performing, and are having them overhaul the style and tone of the show.  Great, leave it to TV executives to ruin a perfectly good show.  As it stands now, the show is smart, hip, and funny.  If any of that changes, it’s one more nail in the coffin that is network television.