One of the best things that Pinky has brought to my life is that we go out for walks in very interesting places… places that are all full of nature and stuff.  I began taking my camera, as a lark, and found that I could get some really nice pictures out of it.

Three years ago, I started loading my shots on Flickr.  While there, I noticed that you could get calendars made out of your shots.  I made a calendar for 2008 and it came out pretty well, even though I had already reduced the file size of the pictures.  From then on, I started saving a file of “master shots,” that remained full size in case I wanted to use them for calendars of enlargements.  I've done a calendar every year since.

Anyway, I just put together my calendar for 2011 and this time I saw that they have an option to offer your calendar for sale to the public.

I figured, what the hell?  Why keep my calendars from a public that’s clamoring for my work.  (snork!)

OK, that’s not true, but still, it’s out there.  I don’t expect anything out of it, but I figured I’d at least call it to your attention.  Below, you can look at the pictures, go “ooh, pretty,” and then go on about your day.  And should you be so moved, there’s a link on the right where you can click to buy one for yourself or a loved (or hated) one.

The important thing is that I get a quick post out of it that I can get down fast and then go watch the Penguins game. 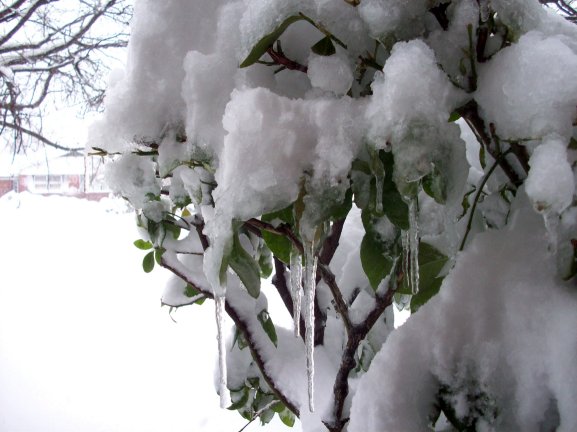 Icicles: Off my back patio, during February's Snowmagheddon. 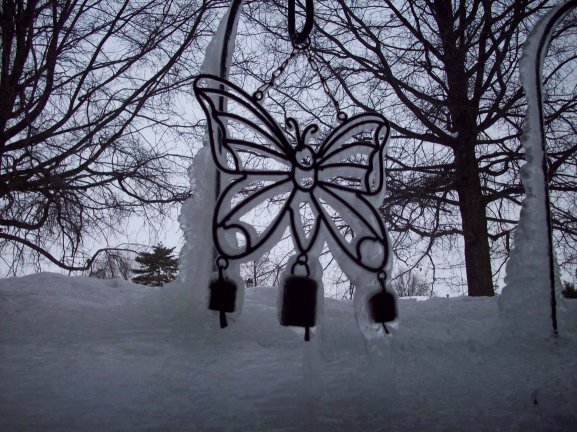 Ice Butterfly: From just to the right of the icicles in the previous picture. 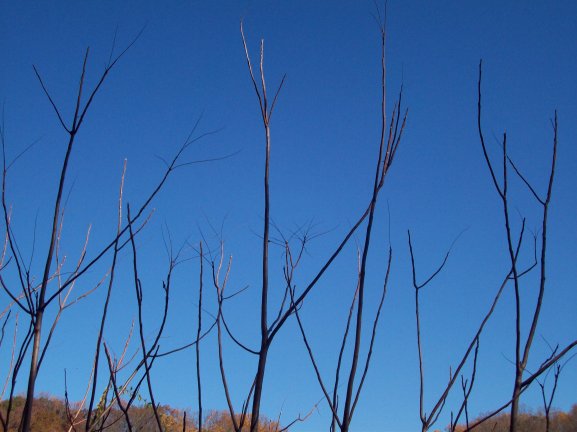 Twigs and Sky: From last month's walk around Loch Raven, in Baltimore County. 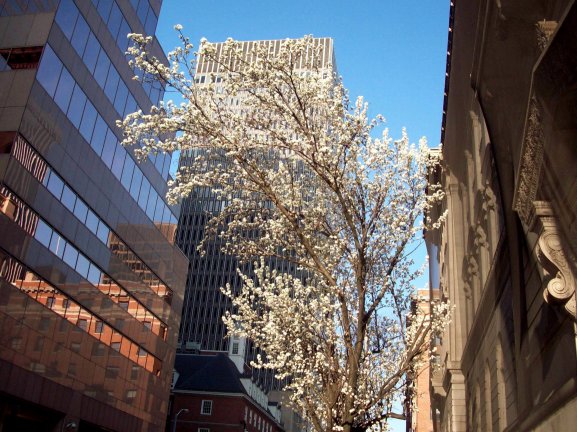 Courthouse Dogwood: This is a dogwood tree in spring bloom.  I walk by it every morning on the way from the subway stop, to my office building.  For years I swore I was going to bring a camera and snap a pic on a sunny morning.  I finally did this year. 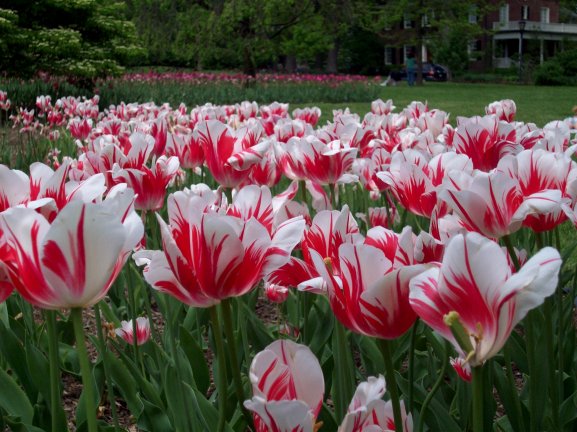 Varigated Tulips: There's a place called Sherwood Gardens in Baltimore City.  It's a small grassy area and the people in the neighborhood plant an unbelievable amount of gorgeous flowers there each spring. 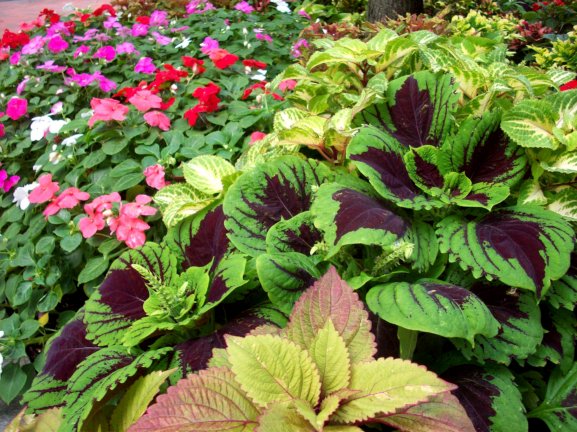 PPG Flowers: This is a clump of flowers in the PPG Plaza courtyard, downtown Pittsburgh.  I got the shot when I was in town for Podcamp. 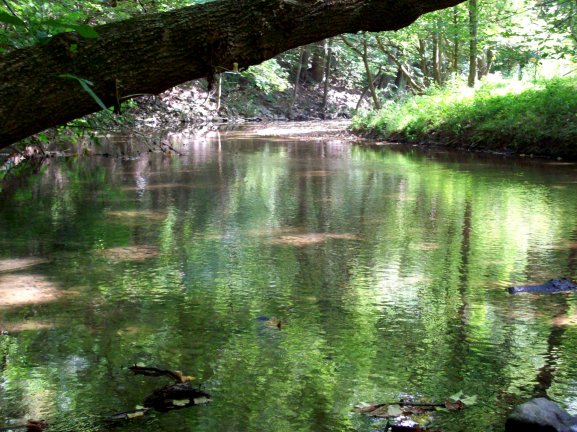 Falls Road Stream: Another nature walk along a trail beside Falls Road, in Baltimore.  You'd never think a place like this would be found within Baltimore City.  They don't show places like this on The Wire. 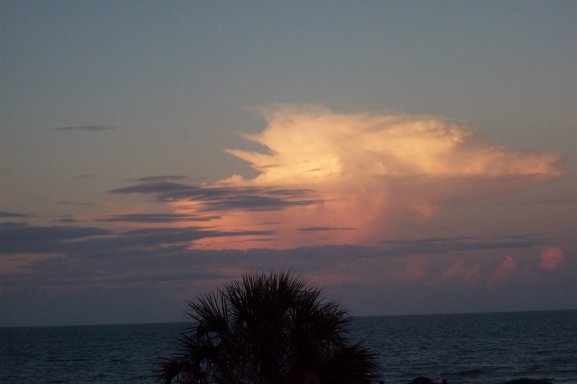 Amelia Island Sunset: From the family trip to Amelia Island this summer, for my parents' 50th Anniversary Jamboree and Hootenanny. 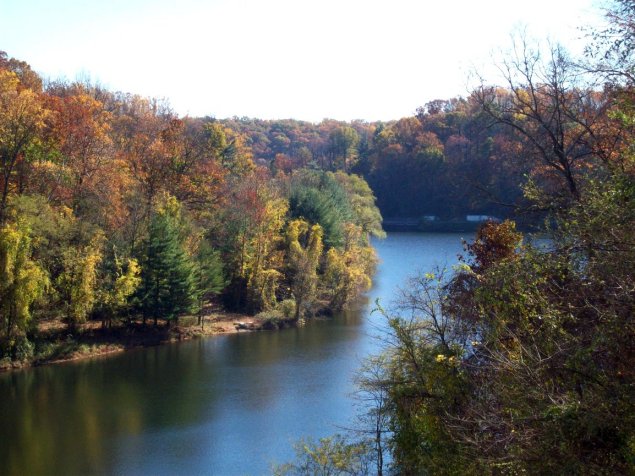 Loch Raven from Top of Dam: Just like the title says. 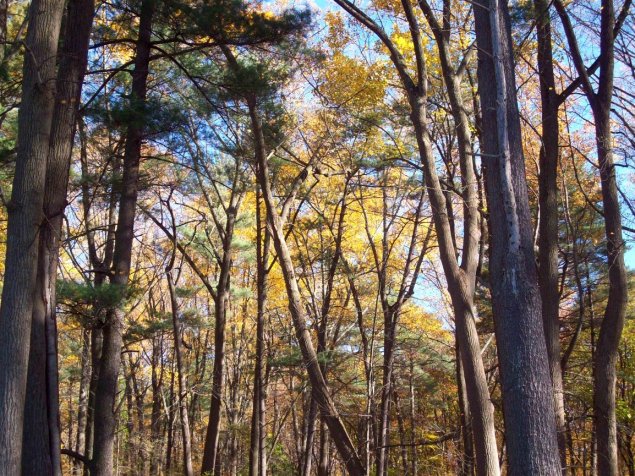 Hey That One's Crooked: A stand of trees opposite Loch Raven. 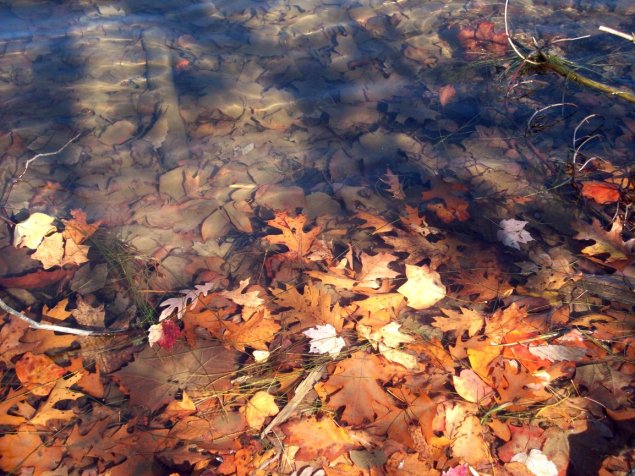 Abstract Lights: Pittsburgh at night, from the Smithsfield Street Bridge.  This is one where having the crappy night-focusing ability pays off with a pretty abstract shot.  I know it's not exactly "nature" but at least it's "outside."

Note, the calendar cover, as seen on the order button, is also from Loch Raven.

That is a great calendar. Love it.

And go Pens. Me and my kids watched the Pens game last night against Philly.

Tonight's game is on Versus again, so you should be able to get it.

Please load September into Photoshop and jack the saturation up 100%. That picture would burn eyes.

These kind of make me think going outside isn't the WORST idea. But I'm sure it'll pass, especially since the closest to nature I can get is the subway rats.

Interesting... I played around with the saturation a bit... looks promising. I'll have to keep that trick in mind for future shots.

I am watching it right now.

WHAT A BULL CRAP CALL. I'm enraged. This is a load of poop. Poop I tell ya!

I bet you can hear me yelling all the way in Baltimore.

Cassie,
Glad you like the tulips. They have tons of them at that place.

You're right... BS call. Dupuis was clearly knocked into the goalie by the defender. That call changed the entire game. Pens collapsed after that.

You've been holding out on me, Cowboy! Why didn't you tell me you are an artist with a camera? Do you take American Express? I want one for sure!!!

Judie,
Thank you, that means a lot, coming from a Rogue Artist such as you.

Yes, in fact there IS more to the bluzdude than just snarky comments, dick jokes and sports ranting. I like to take purty pitchers too!

Those are beautiful shots! I'm impressed that you actually get four full seasons "up north." Re: Mundane, you should let me pull some of those into Photoshop and crank them up. I know, I know, they are beautiful on their own, but Photoshop can certainly enhance them.

Those shots are gorgeous!I don't think I can even pick a favorite.

Gorgeous! I love nature walks. That's what most of Tom and my road trips are about. Neat.

Oh my gosh. You are REALLY good at this. I can't even decide which is my favorite, but I think it's between May, July and September.

Jessica,
After Mundane’s suggestion, I opened my photo program, (Paintshop Pro 7) and played around a bit with saturation. The funny thing about these programs is that they have so many options and tools to use, it’s practically overwhelming. Most I ever use (besides sizing functions) is occasional red-eye removal, light/dark adjustments, and more recently, contrast. I’ve also been known to scrub out undesirable elements that detract from the shots, like wires, posted signs, shirt stains, and random drunks. The rest of the stuff, hell, I don’t even know what it does.

So, that said, it’s a great help to be given some hints on what tools would be good to use in my situation. After tinkering with Saturation, I agree that it really makes the colors “pop.” I guess what I have to wrap my mind around is that I have this notion of capturing things the way the really are. In a way, it seems like cheating to boost the colors. I know, it’s stupid… one should make “art” by any means necessary, as long as it looks good.

I checked out the one you did… looks great, obviously, as did the one I messed with last night. I can see that this feature will be really helpful on days where the sunlight is hazy.

Anyway, this is a long way of saying to you and Mundane, “thanks for the help.” It’s just too bad the calendar is already put to bed. But I’ve got a new tool for next time!

Cristy,
I have to admit that I would be bored after about 5 minutes of a “nature walk” if I wasn’t looking for interesting angles for pictures. But it gets me out there…

Mrs Bachelor Girl,
Thanks! My favorites are probably November and December. I just love that one with the skewed lights. It looks like an Impressionist painting.

Well, I am the proud purchaser of a Bluz calendar! I received one from my cousin, who is also a photographer, and one from Joey and Aimee with pictures of the twins, and some of the strangest holidays I have ever seen. Has anyone ever heard of pass-under? It is right after passover. There are also the birthdays of some relatives that I never knew existed! So now I have THREE new calendars! I'll never forget any appointment ever again for a full year.

And I can't poke fun about all the calendars. I always have to have 2 of them here. There's one for me, and one for Pinky, of the same goddamned calendar. They're up on the wall about 15 feet from each other, but one has her shit written in it, and one has mine.

At least yours are different...