Making Something Out of Nothing

I have a whole list of blogging ideas, but unfortunately, I can’t seem to locate the will to attack any of them.  Perhaps it’s just that I have one eye on the clock, because 40 minutes from now as I start this, “So You Think You Can Dance” will come on, and I want to go stare at the perfection that is Cat Deeley.  (I hear some people dance too, but I’ve never noticed.  I only register two conditions: When Cat is on the screen talking to me, and when she is not. 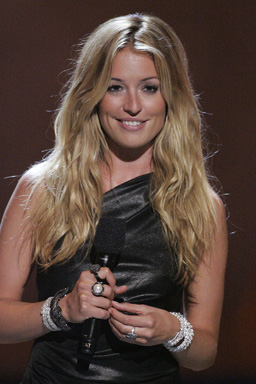 She’s just so tall and English and sweet and blond and funny and English.  I could just eat her up with a spoon.  OK, a very tall spoon.  She has a permanent spot on my “Laminated List.”
Unfortunately, SYTYCD is about the only new programming on right now that I care to watch.  All my other shows are either cancelled, on break, or in reruns.  Even the hockey is over.  (Sorry Vancouver.  Too bad you destroyed your city last night.  Now you have to live in it.)
So without hockey or new episodes of 30 Rock, I now have time to unwrap seasons 3 and 4 of Dexter.  I borrowed the DVDs from Sitcom Kelly sometime in January, so I guess I better do something with them.  When you return something late to Sitcom Kelly’s library, she doesn’t fine you; she puts you in the Pit in her basement.
As you may recall, I wrote about watching the first 2 seasons of Dexter and spoiling the outcome for myself and others.  So please… no Dexter plot-line comments.
Bird Brained
My other diversion is much more pedestrian.  I’m always the last one in on any passing fad.  In fact, a fad is officially defined as “over” at the exact moment that I give it a try.
Last weekend when I updated my Chrome browser, it included an interface to play the game “Angry Birds.”  I’ve been hearing about it for ages now as it seeps deep into pop culture.  I’m not really a video game guy, but I thought I’d give it a shot.  I heard it was pretty addictive but I found that I greatly underestimated that.  (Or overestimated my own OCD tendencies.)  Either way, it just seems to make time disappear.  One second I’m playing to fill up the first period intermission during a hockey game, then all of a sudden, the game is over.
For the uninitiated (my parents), it’s a simple game where you slingshot various birds into glass, wood and stone structures, with the object of knocking them down and bashing the pigs that live inside. 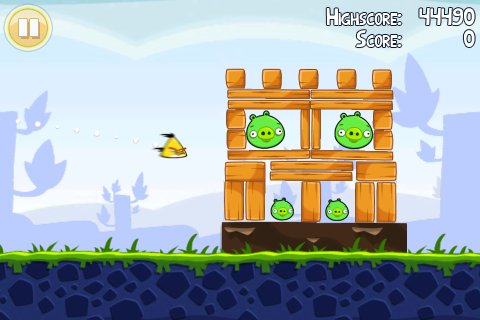 It is pretty satisfying, I must say… we all have that urge to destroy things.  (Just ask the good people of Vancouver.)  The structures become more and more complicated so eventually you come across one that you just can’t knock down.  Then you’re locked into that “If I can just get this one I can go to bed.”  An hour later, and 6 hours before you have to get up in the morning, you’re still sitting there going, “Goddamn it!” 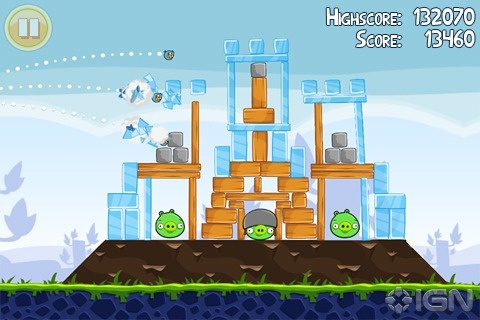 This is the level that gave me the most trouble, so far.  I got it though; now I’m stuck on a new one.
One of the problems with the game as I saw it is that there are no freakin’ instructions.  I played for a couple days before I learned that some of the birds have specialties or can do tricks, like splitting into multiple birds.  That would have been pretty freaking useful to me, I tell you.  Good thing I eventually looked up the game online to see what I could learn.  I might have still been sitting there, unable to get out of the first level.  Wouldn’t THAT have been a giant waste of time?
Karmic Interlude: Don’t you just love it when you run out of Isaly’s chipped ham, bread and Isaly’s BBQ sauce at the same time?  That’s damned good planning.
Presidential Spam
I get a lot of political spam… all you need to do is donate to someone, somewhere, for some cause, and you will not only get contacted again every day for the rest of your life, but also by all related people and causes.  I don’t really mind though… it keeps me up on what’s going on.  I currently get stuff from Planned Parenthood, NARAL, the DSCC, the DCCC, Harry Reid, Barbara Boxer, the Color of Change, MoveOn, Bold Progressives, my Senator, my Congressman, FreePress.net, the ACLU, and Obama for Change.
I got an interesting one yesterday announcing a lottery where 4 winners will win a dinner with President Obama.  In fact, the email came directly from Barack.  I figure I can call him that because that’s how he signed it.  I was surprised he kept my email address.  Fucker still owes me $12.
Anyway, I was just thinking how cool it would be to win that.  What an experience… dinner for just me and the Prez and 3 other lucky schmoes.  It makes me wonder what I’d ask him or tell him.  The email says they want you to tell him your concerns and ideas…
How funny would it be to bring up some really bizarre shit?  Like building a wall around Ohio, to keep Michigan out?  Or painting all the state lines on the ground, so you can see them when you fly.  (That could work… think of the jobs!  Or at minimum, they could use prisoners.)
I guess it would be my nature to go and listen rather than presume to tell the President what he should do.  We here in the cheap seats are great at deciding shit without knowing what’s really involved or what the true risk, costs and consequences are.
But damn, I’d sure get a good blog post out of it.  I wonder if I’d have to get permission.  Or worse, I wonder if the Secret Service would have to vet my site and investigate my associations.
I better give Sitcom Kelly a heads-up.
Posted by bluzdude at 8:25 PM