Last Friday, I saw an article online about yet another teacher convicted of sleeping with her students.  It didn’t list the city, but said it was in Warren County, Ohio, which is between Dayton and Cincinnati.
I’ve often thought about addressing this topic when it’s come up in the news before but never have.  But I haven’t pissed anyone off in a while so I thought I’d take it up now.
The details are lurid, of course.  The teacher was convicted of “cleaning the erasers” with 5 boys, most of whom were 17 and on the football team.  One “victim,” or as I might call him, an “eager participant” described it like this:
“She started giving us all back massages.  She, like, gave us all each individually… we all took our shirts off and she was just rubbing down our backs.”
Among other things.  It sounds like she was trying to be the cheesesteak in a varsity submarine sandwich.  Eat fresh!
It should be noted that the age of consent is 16 in Ohio, however it remains illegal for a teacher to have sex with a student.
I think it’s unanimous that when a male teacher cleans the erasers with a girl student, everyone is onboard with righteous outrage.  But I always have to laugh when it’s a female teacher with a boy student.
My first reaction is always, “What’s the problem?”
This time it was followed by, “Why couldn’t I have lived in Warren County?”
South Park addressed this back in 2006, with kindergartener Ike cleaning the erasers with his teacher.  (Obviously, South Park exaggerates the point for comic effect by making the boy a kindergartener.)  Ike’s brother Kyle goes down to the police station to report the crime, but the policemen are unimpressed.
Policeman: The crime is that she wasn’t doing it with me!”
Kyle: Hey!  He’s totally underage.  She’s taking advantage of him.
Police Sergeant: You’re right.  We’re sorry.  This is serious.  We need to track this student down right away and… (pause)… give him his Luckiest Boy in America medal right away.
[Cops all laugh heartily.]
Police Sergeant: Dammit!  Were were all these sexed up teachers when I was a kid?
My point exactly.  Geez, when I was in school, there was a teacher where I never grasped a single thing she said.  I just sat there watching her lips move, thinking, “Boy, would I ever like to clean the erasers with her.  I’d clean those erasers until we ran out of chalk.” 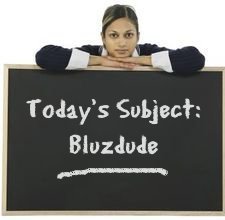 If I would have had a shot like these kids had, do you think I’d have considered myself a victim?  Please.  The only thing keeping me from that “Luckiest Boy in the World” medal would have been the fact that I had to share with 4 other horned up jocks.  Who knew that her chalkboard produced so many erasers that needed cleaning?
So it cracks me up when I read the quotes from the parents…
One mother said: “She groomed these boys, she took advantage of their vulnerabilities, she crossed the line and it’s unacceptable.”
Of course, the subtext is, “I don’t want some woman my age screwing up my boy’s head about sex.  That’s MY job!”
A father said, “He suffered from depression, loss of motivation… almost didn’t go to college—he was angry at home and he didn’t want to be around family or anyone.  My son was not who he used to be.”
Congratulations, dude.  You just described every teenage boy I ever knew, at one time or another.  We teenage boys were not known for our sensitivity or level-headedness, which explains every groin-smashing video you see on YouTube.
You want to safeguard your teen’s fragile ego?  Take his skateboard away so that his nut-cracking escapades don’t live on long after he can walk upright again.
And maybe if he gets his freak on with an experienced older woman, he won’t be pestering the girls all the time just so he can get his buddies off his ass about getting his cherry broken.  Plus he might actually learn something, so he’ll be a little more skilled, further up the road.
If any of those boys were complaining, I bet it was only because they got caught and sensed they were in trouble and saw Mom coming apart at the seams.  No sense getting grounded, so might as well act the part.
I can just imagine coming home and telling my dad that I just banged my teacher.  He’d be like, “Was she cute?”
[High five!]
“Did you wear protection?  I don’t need any more mouths to feed.”
To teenage boys, there’s something alluring about Mrs. Robinson.  Perhaps it’s the aura of experience and sophistication.  Or perhaps it’s the belief that the older woman knows all the tricks.
It could be a mutually beneficial arrangement.  She gets youth, a hard body and stamina.  He gets somewhere to put it besides his fist, some valuable experience and a story for the ages.  Hell, it should be mandated!  You kill two birds with one stone; you take some steam out of the boys who would be out on the prowl and you protect the young girls!  Temporarily, anyhow, until they realize what they’re missing.
And I know what I’m talking about.  I may not have cleaned any erasers with my teacher, (although not for lack of feverishly wishing to do so), but I did once dally with a friend of my mother’s.  Yes, Mom knew about it, too.  Hell, she practically set it up.  Granted, I wasn’t in school any more.  I was probably 23 or24 and I imagine her friend was in her late 40s to early 50s.  I don’t have space to tell the tale tonight, but I may later on, should anyone be interested.
But I turned out just fine, right?
Right?
Posted by bluzdude at 8:45 PM

It's amazing to me how many people don't get the teenage boys and their fascination with older women. Every teenage boy I ever knew had a story. True or not, it was their story.

And your "real thoughts going through their heads" monologue was awesome!

Now I get up on my high horse. If it's just erasers being cleaned, that may be okay, but of course, a boy's teenage dalliance turns to sad tragedy when the teacher gets pregnant and suddenly this eighth grader is a dad, and there is a child who must go thru life knowing his or her parents were a child and a teacher. That's pretty messed up.

You know you can't tease us like that and then not tell the story..... Some of us need to live vicariously. :-)

Yes, I knew about the "dally" but did not set it up. My friend was my age, divorced mother of five and very aggressive. Ms. Robinson did indeed know lots of tricks, young and old. She was very generous.

Why, you and your sex stories could be a separate blog. And I'd read it. Oooooh, I'd read it.

Christy, (Mad Mind)
Thank you for being on my side on this one. To tell the truth, I’m expecting to get whacked by my Blog Sisters on this. But they’ve been known to surprise me before.

When I was a teenager, I used to wish that there was a place we could go to get “schooled” by an older woman… not only to learn the ropes, so to speak, but to take the pressure off about The First Time.

Of course, in retrospect, I can’t complain about my actual First Time (which I documented a couple months back.) So it’s all good.

Carpetbagger
Good point. I hereby add the caveat that Miss Cougarsworth has to be sharp enough to make sure she doesn’t get pregnant. Can’t trust the boy with that kind of judgment.

And while I’m at it, she also shouldn’t be married with kids of her own! We support the (early) May / December romance here, but we are not homewreckers.

DG
Have you ever known me to hold back a story? I’d have included it here but it would have made this post too long, plus I wanted to gauge interest.

And if my peeps were howling for my head, I wanted the option to let the issue die off.

Mary Ann
You may not have set it up, but you greased the wheels, at least. And you told me at the time that she liked the young guys.

Cassie
That's an interesting proposition, but the drawback is that there is a finite amount of stories there. It serves me better to parcel them out s l o w l y.

This reminds me of the episode of "It's Always Sunny in Philadelphia" where the guys find out the gym teacher used to . . . I don't know . . . shine the basketballs? . . . with some of the kids. And instead of being grossed out, the one guy is just mad that he apparently wasn't good-looking enough to get molested.

Mundane,
Yeah, if you want to be molested by your teacher, it helps to either be a jock, or so puny and easily manipulated, you can't avoid it.

Judie,
Different time, my friend. The teachers are hot and the kids know way more than we ever did at that age. Plus the culture oozes with sexuality.

Hmm... my POV on this may be a bit different, coming from a 50-year-old mother of two sons in their early twenties.

Hot younger guys--say, in their thirties and forties--can definitely curl my toes. But much younger than that and I think, "Eh, he's my son's age." I may think the guy's cute, but would have no desire (literally) to clean the erasers with him.

And high school kids? I'd probably nag them to pull up their sagging pants. That would likely ruin the mood anyway.

Sherry
I think a lot matters with how the young person carries themselves. Some act older than they are, some younger. But still, it’s weird when you think about it. I have some female friends… very good friends, in fact… but honestly they are so young! When I think that they were born around the time that I was graduating high school, I could literally be their father.

And then when you drop cultural references that you assume everyone knows, like mentioning MASH, the Mary Tyler Moore Show, or the Brady Bunch, and get a blank stare in response? Eeesh. Or when they reference some Saturday morning cartoon that was on while you were in college, or working your job? Whole different world…

Of course, that’s all about having a relationship, as opposed to ripping off a little thrill with someone from another generation. You can forget about cultural references for an hour or so. (As long as they hitch up their pants!)

MBG,
I'm so glad I could help provide a bonding moment between you and The Guy. I'd guess that every guy has one of those Mrs. Hot Teacher stories. That's why I don't see any of us as victims here.