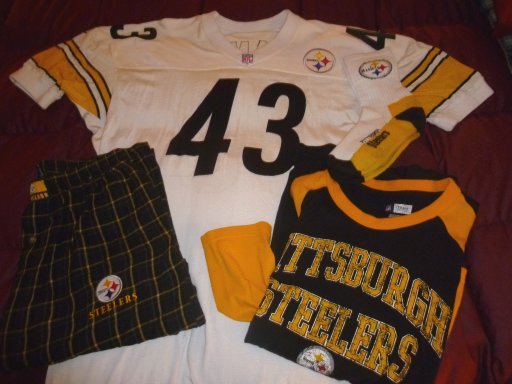 White Polamalu jersey, gold-sleeved throwback tee, flannel Steelers jammy pants with the Hot Arizona Auntie-approved Steelers socks.
As I have the day off tomorrow, staying up late will not be an issue.
Posted by bluzdude at 12:19 PM