How to Know if You're Being Treated Right

Remember the Whatsername Saga?  That was the trio of stories I posted about how back about 20 years ago, I got together with a girl who then tore my heart to shreds by breaking up with me 4 separate times.  What prompted my writing at the time was that she had just contacted me via Facebook, where after a few exchanged emails, we talked about the whole sordid affair and then buried the hatchet.

There was one interesting offshoot to the story, which I’ve been sitting on to post later.  It just so happens that “later” is today.

In the course of our email exchange, after hearing about the bumpy path she’d been on since we parted, I mentioned that I thought that going forward, she needed to stick up for herself more and stop being such a goddamned doormat.  I phrased it much more delicately than that, of course, but the point was that she needed to find herself a good guy that treated her right.

She responded by asking me “what my definition of that was and what are the signs that you know that a man is treating you right.”  She went on to say that in her experience, “men will reel you in and then change.”  That prompted me to come up with this list of rules to help guide the screening process.

Director’s DVD Commentary: You may see some similarities to the guidelines I wrote for my buddy’s daughter Kyrie, in my Letter to a 16-Year Old.  When it comes to finding a good guy, there is very little difference between 16 and 60, when determining how one wants to be treated.  Some things are timeless.  So here is what I wrote to Whatsername.

You are correct; it is often the case that a man (or woman) puts on their best face early on.  One always tries to present their better selves at the onset of a relationship.  The trick is to determine what's for show and what's the real person.  It's key to remember that a guy will not change his true nature.  He may be able to mask some rough edges for a while, especially early on, but his own nature will reappear.  You cannot change him, no matter what you do.  So you need to look for clues as to what his true nature is, especially after the "new" wears off.

These are some things that I think entail “a man treating a woman right.”

* A man should always see that the woman is comfortable.  Too hot?  Too cold?  (Also, the woman needs to make a good-faith effort not to skyrocket the utility bill, like walking around in shorts and a tee shirt, complaining that the room is too cold.  It's tough because men and women are rarely comfortable at the same temperature.)

* He should thank her for the things she does... whether it’s bringing home a paycheck, making meals, cleaning up... Her work should not be taken for granted.

* And it doesn't hurt to take on some of it himself.
* He should say things that add to her confidence and make her happy, never detract from it.

* He should be proud that she's his woman and act like he's happy to be seen with her. 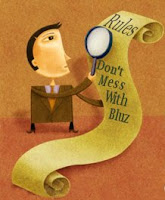 * He should pick up the check, almost always.  I say "almost" because there's nothing wrong with a woman treating her man once in a while, when she can.  But it should be the exception.

* He should listen to her and not just wait until her lips stop moving so that he can talk.  And she should try not to talk his ears off as soon as he walks in the door.  Guys like quiet time.  And don't try to start heavy conversations at the very moment that his favorite show, or a big game, comes on TV.

* When arguing, (which is inevitable) it should never devolve into name-calling or insults.  It should stay on point and stay away from old grievances, IE everything the person ever did wrong since the beginning of time.  (This goes both ways!)  An argument should never sink to violence, hostile actions or threats.  Ever.

* He should be loyal, physically and emotionally.  While he may have female friends, they should not replace his own woman in any role that should belong to her.

* He should involve her on big decisions, not make them unilaterally.

* He should not keep big secrets, nor snoop through her things looking for hers.

* He should not make fun of her or belittle her in front of his friends.

* He should protect her from harm; from others and from anything else.  (But not to the extent of boxing her in. See the next 2.)

* He should not attempt to cut off her access to family or friends.

* While it's good to know where his woman is and when she's coming home, he should not hound her by cell phone every 20 minutes to check up.  He has to trust that she's not messing around.  (And she has to keep that trust.)

* He should be physically affectionate as a matter of practice, (so long as the woman likes that) not just when he wants sex.

As I'm writing these, I'm noticing that almost all of them apply both ways.  (In fact, all of them except the one about picking up the check, and maybe the protection one.)  A woman should treat her guy the exact same way.

I realize that real life can interfere with a lot of these things.  I mean; I know I violate some of these ideals my own self and I need to do better.  However there are a few that should be deal-breakers and prompt a woman to ask hard questions of herself about why she’s still with a guy.

* She should never accept being hit, shoved or treated violently.  Even if he claims it was just the booze or drugs, it doesn't matter.  If it happens once it can (and will) happen again.

* She should never be verbally abused or called names.

* She should never be exposed to danger... like being kicked out of a car, far from home, or left places when she’s out.

* She should never feel like she’s being "kept" or "owned."

* She should never feel threatened for expressing a differing opinion or be bullied into changing it.  Persuasion, yes.  Force, no.  And sometimes people just have to agree to disagree.

* If he makes her feel cowed, pressured, afraid to express an opinion, unsafe, unappreciated, unattractive or unloved, she should get out.  She’s not in a constructive relationship.  The only question is how long she’s going to be unhappy before she acts.

After saying she wanted to think on it for a day before responding, she later told me that she read it twice and asked to include it in her memoir.  She said that what she found so attractive about it was “that none of the men that I have ever been married to would have spent the time to put that into words like you did.  No one ever taught me this.  I am not sure I ever asked anyone, ‘how do I know if this relationship is right for me.”

She said some other things that I won’t include here, just because it would have been too completely self-serving, but you get the point.  I was just kind of shocked that she, or anyone wouldn’t know all this.