The Mojo Boogie - The Ratbird Edition

Today’s the big day… the showdown between my Pittsburgh Steelers and the hated local team, the Baltimore Ravens.
This is the second time these two have played this year; the first time didn’t go so well.  The Ratbirds waxed us 35-7 in the season’s opening game, which they played in Baltimore.  This time the game is in Pittsburgh, where I believe things will go a little differently.  Think: the second time Rocky got to fight Clubber Lang. 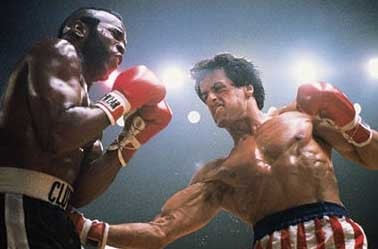 I don’t plan to go into a lot of detail with this post today.  You all already know that I loathe the Ratbirds and want nothing more than for my boys to shut their collective pie holes.  They are at the top of the Steelers Unholy Trinity. 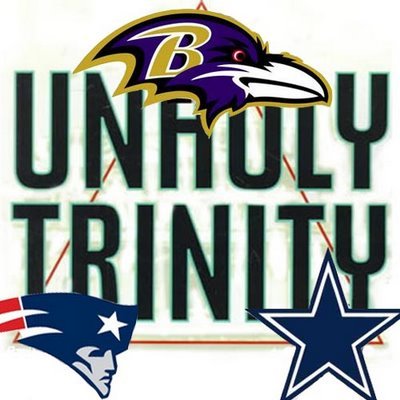 Knocked off one last week, now it’s time for the next one.
Suffice to say that things get much easier for me around here when we don’t lose to the Ratties.
At work, this week, we convened a meeting/pizza party with our rag-tag band of rebels, the Steel City Underground.  It’s so much fun to see the looks of disgust from the locals when they see us all decked out, on their turf.  They just don’t know how to process it.
No big plans for watching the game, I’ll just be at home in my chair, Terrible Towel on my knee and rocking my designated game-day mojo.  Now about that…
On one hand, I gave serious thought to wearing the Woodley jersey I wore last week for the wrecking of the Patriots.  But there are two problems.  For one, Woodley won’t be playing, as he pulled a hammy last week.  The other is that the Steelers are wearing their “throwback” jerseys, which dictates that I should do the same.
Because my man James Harrison is expected to play for the first time in 4 weeks, I’m going with my Harrison throwback. 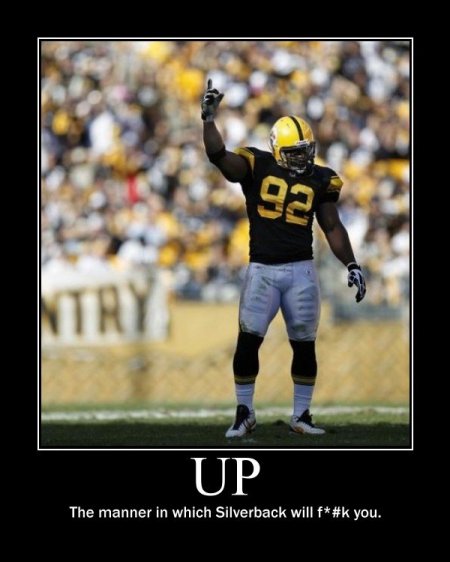 Picture from Ginny at That's Church
Without Woodley on the left side, James is going to have to raise some havoc on the right.  So with that, this is my gameday mojo apparel: 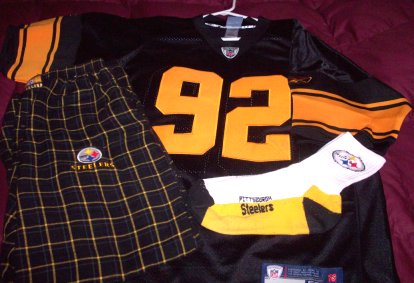 Harrison throwback jersey, flannel Steelers jammy pants with Steelers socks.  Not pictured: The throwback long yellow-sleeved tee that I wore the last couple games.  It’s not pictured because I’m too lazy to take a fresh picture and I had this one on hand from 2009.
I plan to write up my Mrs. Robinson story for the next post on Tuesday, so non-sports fans (that like my Bow Chicka Wow Wow stories), just hang tight.

Late Update:
Steelers spend the entire game unable to get off the field on 3rd down.  Offense claws back to take a 20-16 lead late, then can't hold the ball.  Defense gives up a 92 yard drive with 2:48 remaining. 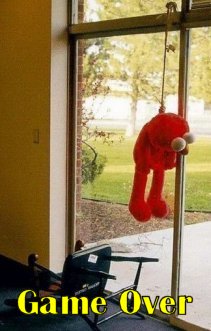