When I wrote the previous post, my sole intention was to present this part to come.  As it so often happens with me, I start out needing only to put down a few paragraphs for context, to set up the meat of the post, but then I wrote until I didn’t have enough room for it all.
What I really wanted to do was to highlight a fistful of jokes that aren’t even mine.
In 1997, riding a crest of popularity for his ABC sitcom “The Drew Carey Show,” Drew Carey wrote a book called “Dirty Jokes and Beer.” 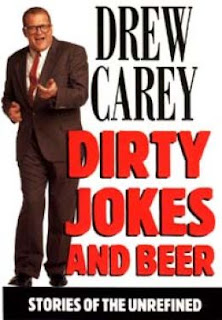 Among the personal stories and behind the scenes tidbits, Carey had a chapter called “101 Big Dick Jokes.”  I remember when I first saw it in a bookstore; I bought the book for that chapter alone.
In it, he described the genesis of the idea, based on the verbal jousting between he and his other comic friends.  They then took a long weekend to come up with their best collection.
The thing that tickles me about stuff like this is the cumulative effect.  The more I would read, the more I’d giggle as they built on each other and before I’d know, I’d on the floor with the belly-laughs.  They’re kind of like Chuck Norris jokes, that way.
All I want to do here, like I did with the prior post, is list some of my favorites.  I guess I’d better keep the intro short this time.
Reminder: These jokes are not mine.  They all came from “Dirty Jokes and Beer,” Hyperion, 1997.  If you notice one day in the future that this post is gone, it’s because Hyperion was unimpressed with my disclaimer.  And now…
That’s all folks.
Like Jessica says, I can’t imagine that women would ever sit around and make up jokes about their boob size.  I guess it’s just part of our manly charm. 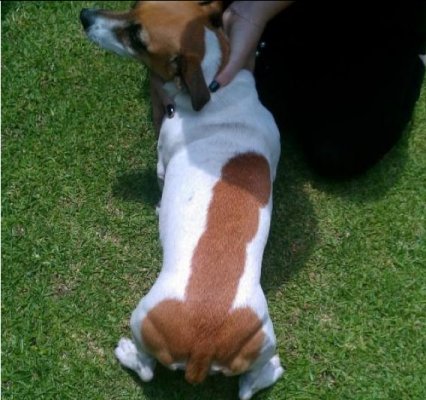