In my last two posts, I wrote about my early experiences working retail.  I also figure I better start subtitling the posts, for greater clarification when I’m trying to remember which post is which.

I now pick up the tale after being promoted to Manager of my own mall store in Parma, OH.

Despite all the problems, I really did enjoy being the boss.  This mattered most when it came to dealing with the label reps.

As opposed to when I was in Toledo, every major record label had offices in Cleveland.  So they had people to go out and schmooz all the retailers, put up displays and generally promote their products.  As manager, it was my place to work with the label reps and generally milk them for all they were worth.

The currency was promo albums and CDs, and concert tickets.  It was kind of a give and take… they wanted in-store play and display space from us; we wanted freebies.  I always made it my business to maintain solid relationships with all the label people, even if I only had a piddly little mall store.

Then as manager, it was up to me to allot the freebies as I saw fit.  I pretty much did as I saw it done in Toledo.  When we got in a stash of promos, I went through it first and affixed my name to the ones I wanted for myself.  Don’t think that didn’t help round out my music collection… 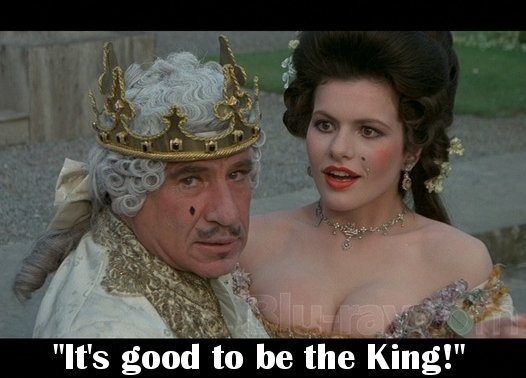 Then I’d put everything else up in the in-store play rack, and it was first come/first serve from then on.  Whoever stuck their name on the record first, got it when we were done using it in-store.  If I knew someone had a particular favorite group, I’d try to make sure that they got the promo if we had one.

In the “old days,” when I was just starting out in Toledo, managers had a lot more leeway to wheel and deal with the reps. My boss used to horse-trade with the label sales guys all the time.  But once our chain was bought out by the larger company, all the decisions were made at the home office, so we had much less to offer.  But still, I was happy to feel like I was involved with the ever-glamorous music business, even though I wasn’t anything more than just another mall jockey.

That was another new thing for me… I’d never worked in a mall before.  Sometimes I thought it was kind of cool, because I got to roam around the back halls that were off limits to the public.  And shopping for stuff was easy; I could take care of that on lunch breaks.  (Well, I could have if I had any money…)

But why oh why did I have to work across from a Roy Rogers?  Geez, I must have gained 30 lbs that first 6 months, from sucking down roast beef sandwiches and Cherry Cokes.  I had to take some serious steps to drop that weight, but it was tough.  That roast beef smell really carries.

Road Trip
I figure I must have been doing OK as a new manager.  I won a Regional Manager of the Year award, for bringing the store up to making sales projections, plus training other new managers and helping out around the district and working on setting up new stores.  Next thing you know, they sent me to Nebraska.  I was like, “Why?  I didn’t do anything wrong?”

No, the deal was that the company was opening a mall store in North Platte, Nebraska, and they needed someone to go out, help set up the store and train the staff.  I was actually honored that they chose me.  Sure, I’d run between Toledo and Cleveland a number of times, but this was my first Real Business Trip.  I had to fly in, rent a car, and stay for a week in a hotel.  I was only 26 at the time and it all seemed like such a big deal to me.

Of course, I’d done all that stuff before but it had always been as part of a group; like a “hit squad” of other managers.  This time, it was going to be all on me to work with a bunch of newbies and get the place going.

That was my first and (thus far) only trek into the Great Plains.  I thought I knew “rural” from my time living in the boonies outside Toledo, but this was a whole new level.  I flew into Denver, where the DM picked me up and drove me out to North Platte.  I tell you, I'd never seen so much ‘nothing’ in my entire life.  It was just mile after mile of straight road and cornfields.  It completely blew me away.

North Platte turned out to be a nice little town.  It was funny because everyone there seemed like they were right out of Central Casting.  The guys tended to be 6-foot tall and blond, and the girls were all blue-eyed and pretty.  I felt like an invading goomba from some far-off land.

The store was located in a, well, I don’t even know if you can call it a “mall.”  There were 2 department stores on either end, with spaces for stores along a single corridor in between.  Most of the retail space was vacant.  There was only one little indie record store/head shop in town, so they were just aching for a decent place to get some music.  The funny thing is, though, that this dinky little not-even-a-mall was a “destination” trip within the state.  They told me that people drove for 2 hours or more to shop there.  I couldn't, for the life of me, figure out why.

I dug in with the staff and I showed them how to unpack and check in and properly sticker the product orders.  I taught them how to set up product end-caps and accessory pyramids and such.  And while they were at it, I took the manager into the back room and helped her set up her office systems.  OK, “office systems” sounds kind of formal… it was really just a series of clipboards with different product inventory lists on them.  I went over how to do all the various product inventory cycles and place her weekly orders.

We had to wait a good bit for all the product to roll in, but by the end of the week, we had a pretty good store set up.  I was proud of our efforts. My two best stories from the trip were just from talking with the kids that worked in the store.  Late one afternoon early in my stay, I asked one of them, “So what you guys do for fun around here?”

He said, “Well, last weekend, we had about 20 cars out in the A&P parking lot… and some of them even had beer!”

[Jaw::Table]  That makes my youth spent hanging out in our Barn with a couple buddies and a 6-pack look like an Arab Spring riot.

Later, I asked if they ever had any good concerts come to town.  One of the kids said, “Well, a couple of years ago, the Monkees Reunion came to the State Fair…”

OK, it’s not exactly Woodstock, but it’s a start.  This town desperately needed a record store.  Made me feel like I was starring in the road company of The Music Man.

(Yeah, I know, only Carpetbagger will get that one…)

As for my own entertainment, I spent most every night in the hotel bar, which I was told was the only bar in town.  It had a dance floor and DJ, so I didn't mind at all.  And I liked that I was within crawling distance of my room.  When I was done for the night and the cute waitress, (whose name was “Twila,” if you can believe that), asked me if I wanted another, I’d say, “Not tonight, I gotta walk.”

I was hoping she’d offer to show me the way, but I don’t think I was blond enough.

Anyway, we got the place up and running and I was pretty proud of the whole operation.  I think I left them with every opportunity to be successful; the rest was going to be up to them.

When I got home, the first thing my DM told me was that he was never letting me leave town again.  Apparently there was a big multi-store blow-up regarding employees letting their friends steal from the stores.  One of my guys got caught and rolled over on several employees from other stores, including the manager of one of the big freestanding stores.

He even tried to say that I was in on it, but my DM and the Loss Prevention guys knew me well enough to know he was full of shit (no thanks to that little ratfuck.) See, all that time hanging with the LP men paid off.  He’s lucky I never saw his ass again, or I’d have stuffed him in a dumpster.

It still rattled me, though, because something like that went on during my watch.  Just goes to show that a manager never truly knows what happens once he walks out the door.  That’s why having quality assistants is so important.  No matter how you slice it, when you talk about retail work, it’s only a “real job” for the manager.  For everyone else, it’s just a way to put some money in their pockets.  Getting a bunch of kids to care about the success of the store is exceedingly difficult.  It’s not something I think I ever really mastered.

One thing it taught me was how tough it was to trust your people.  As a new manager, I naturally wanted to bond with my staff.  We were always laughing and joking around and had a slew of running jokes.  I’d never encountered an incident like that during my time in Toledo, so it was real betrayal to me, because I liked the kid.  I mean, he was a polar opposite from me… he was kind of a new waver to my unrepentant rock and roller.  But more of “his” kind were shopping at the mall, than were “my” kind.

It’s a real tightrope walk to tread the line between keeping a good rapport with the staff without getting so close that they lose respect for your position.  I learned that while want to be friendly and you don’t want to be mean, it’s not a terrible idea for them to stay just a little bit afraid of you.  You’d like to think that if you just remained reasonable and friendly, your people would never do anything to screw you.  But every so often, you have show a little bite, just to keep everyone in line.

The trials and tribulations of this retail manager will continue with Part 4 – Escape from the Mall.
Posted by bluzdude at 7:44 PM