This week everyone is writing about the twin massacres in El Paso and Toledo Dayton and doing quite a good job of it. I can’t say that I have anything else to add that I haven’t said before.

I’ve addressed this issue a lot since I started this blog, but most comprehensively in February of last year. And even then, I started with a lengthy quote from what I wrote four years before that. I just don’t know what else to say. 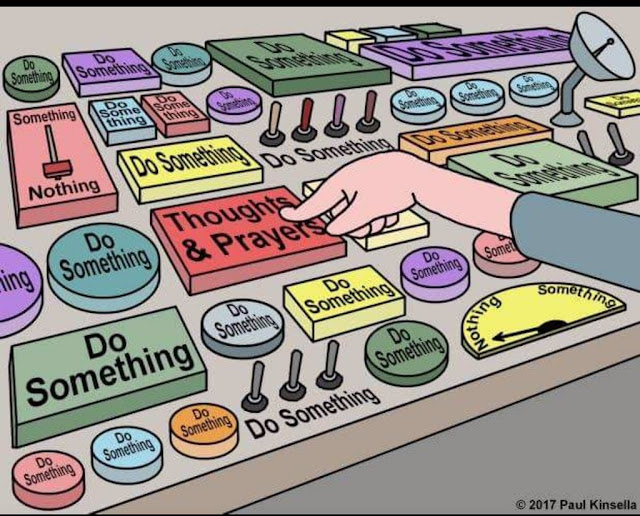 And I’ve even run this graphic before.

In the meantime, President 45’s attacks on Baltimore and Rep. Elijah Cummings continue because why give up an applause line at your rallies, right?

Now, as a Baltimore resident (and constituent of Rep. Cummings, as I pointed out last week), I’ve criticized Baltimore as much as anyone. There are real problems here. They were here when I moved here 21 years ago and they remain still. But dropping it all on the lap of a single Congressman is a little unrealistic. Sure, a little pork can help, but you still have to get it by at least half of the other 434 people in the House.

Baltimore’s problems are the responsibility of local and state government. Those are the boots on the ground that have to kick it into gear because there’s a lot to do.

The city water system was installed in the 1800s so water main breaks and sinkholes are a regular occurrence. The city police department has been as crooked as the perps they beat up. There are over 300 murders per year within the city limits. Many schools are in complete disrepair, often with no A/C system. Of course, there are rats anyplace garbage is left outside. And I’m just scratching the surface.

The president is only too happy to highlight these shortcomings because they come from a Democratic stronghold while ignoring similar situations in Red States run by his biggest fans. And he wonders why anyone would see fit to live here.

I’ll tell you why.

I live in an old working-class neighborhood. Sweetpea and I are two of the very few white people in the area. WE are the minorities here. It didn’t use to be that way, but it is now.

This is the house where Sweetpea was born and grew up. Last year, I moved in from my apartment in the suburbs and the one thing I learned is that there are good people in this neighborhood. Right here in the old hellhole of District Seven.

For example, while we were away on vacation last week, one neighbor watered our outside plants. Another one picked up our dog from the kennel and watched him overnight. And another brought in our newspapers. (Yes, I still get newspapers.)

This week, while Sweetpea was walking the dog, she got an offer to remove a pile of old rotted wood… mostly giant sticks that the dog likes to bring home… for free. 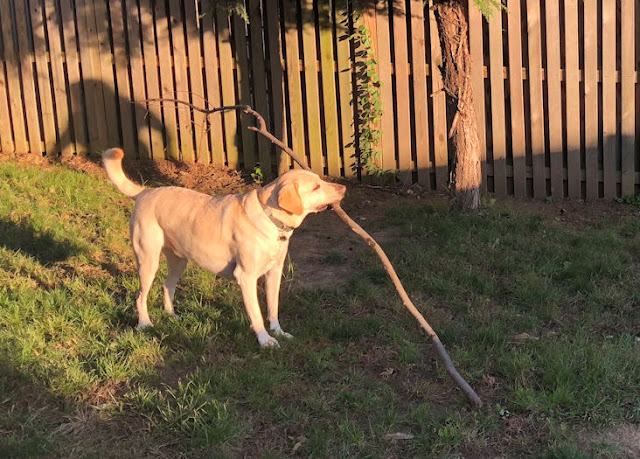 She also met up with a Mexican family walking their pug, so now the kids come over so they can all walk dogs together.

Three different neighbors have the keys to our house, and we have theirs as well.

We try to do our part too. When we get a big snow in the wintertime, Sweetpea shovels the walks for some of our older neighbors. Then we always seem to find a big bag of dog food on our doorstep.

Earlier this year, our next-door neighbors’ house caught on fire. (No, it wasn’t firebombed; the teenage kids were cooking and something went wrong.) They stayed in some hotel rooms, courtesy of their insurance company, but we took their dog into our home for over a week. And another neighbor cut their grass.

This isn’t the stuff that goes on in hellholes; this is people being good neighbors to each other.

And one of the best features… No Homeowner’s Association! So we can have whatever kind of fence we want, and no one complains about clotheslines, the color of your house paint or patio furniture. 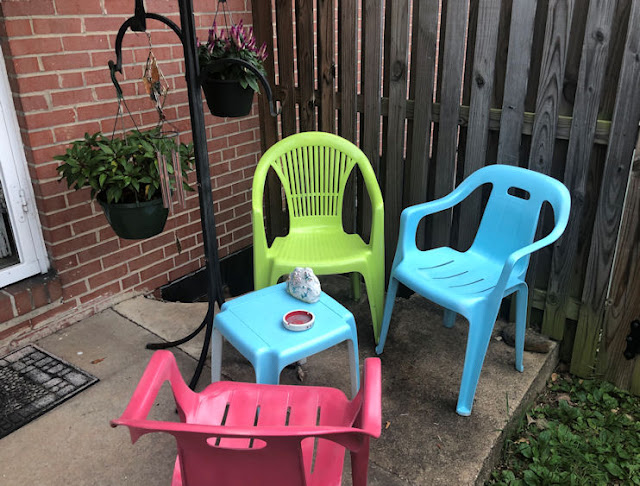 I work here, play here and live here. I can criticize this city if I want to. But I don’t want to hear it from some clown hasn’t seen anything but the route from the airport to the Four Seasons. If he doesn’t like the tenements in Baltimore, he can assign his son-in-law to clean them up. If he can take on peace in the Middle East, he should be able to clean up his own properties.

excellent. Besides he should take a walk around the city he is occupying. Hmm...he just wants to pick on those of color, the down trodden and those less fortunate. He is a grade A Asshole. If I get a terminal illness, I'll take one for the team and get rid of him.

My brain is fuzzy, but living in 21218, I think I was a part of 3 and 7, but I could be way off. Near Morgan State University and the old Memorial Stadium we used to ice skate in during the winter months. As a kid, the neighborhoods were safe, and the families all knew each other, until it changed. I'll never forget a guy walking up to me in the dark as I walked to work after moving into a new neighborhood as an adult at 5:30am with a paperback romance book in a plastic bag, telling me to "give it up?" I asked him what he meant. I had 25 cents in my pocket, that book, and my wedding band which I couldn't even get off because I had gained weight. I lived so close to work that I never even carried a purse back then. Finally, I asked if he wanted to read my book, which he of course declined. He then told me, "you good, you real good" and walked away. By the time I got to work, I was shaking so much and thought I would pass out, but somehow I made it through that day. Two weeks later, one of the ladies I worked with went to lunch around the corner from the job like she always does. When she came back she was shaking and crying because a guy had put a gun to her head and taken her purse. We both put every bit of energy possible into getting transferred. I moved to Owings Mills Mad, and transferred to a cable company in Washington DC. She moved back to Trinidad to be with her family. Eventually, I transferred to Texas. I still have family in Baltimore and Washington DC, but very rarely do I go back. Once when I went back to see my aunt, it took me almost an hour longer to get to her home because there had been a shooting near where she lived, and almost every street was cordoned off trying to find the culprits. But blood seemed to be everywhere I turned. I wish every neighborhood could be like where you live, and people could be as kind. I wish we could go back in time, but Baltimore is definitely not the same in many, many areas due to the drugs and gangs, and it's very sad. On another note, I need those colorful chairs please. Hugs, RO

It's tragic that you had such a rough experience here, watching your neighborhood go from "nice" to The "Wire." My goal is certainly not to whitewash the many and significant problems with Baltimore. In fact, they just reported 5 more shootings overnight.

There are some areas of town that I wouldn't pass through without body armor.

I just want to point out the danger of painting an area with such a broad brush, especially for political expediency.

And the chairs are all Sweetpea. She just repainted them a couple weeks ago.

This post is about living in Elijah Cummings' district, which encompasses city and county.

Sweetpea needs to just pack up and move to NC along with those chairs and her painting talent. I need a bookcase painted, and would consider that a great birthday gift.(lol) Hugs,

ps. - I think you and Infidel753 should do a joint blog topic once a month. We just need to come up with something outrageous to call it!(lol)

That would be epic. A point/counter-point would be fun, but we agree on probably 95% of things.