Telling Those Assholes to Shut Up

Looks like the Trial That Wasn’t is wrapping up now. The prosecution is re-stating what they’ve already shown to be true and the defense will pretend that it never happened and everyone is gathered there for no apparent reason.

Delta House got a fairer hearing from Dean Wormer. 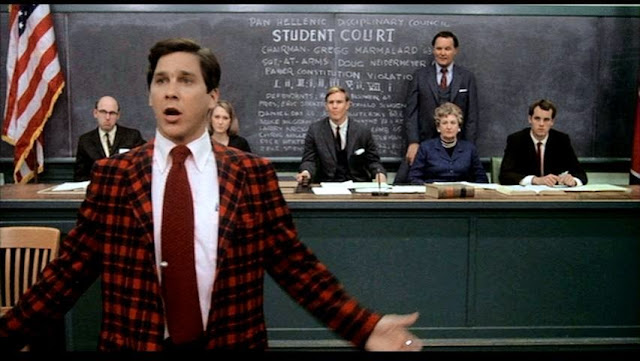 The only real question is which fig leaf would each wavering Senator grasp onto to cover their ass? And really it doesn’t even matter. If one doesn’t work, they just move on to the next one. 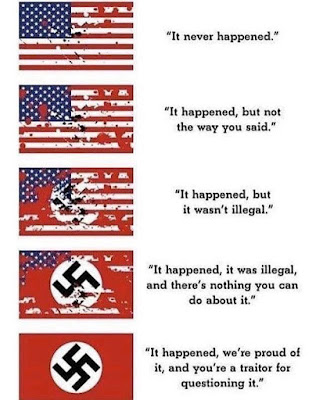 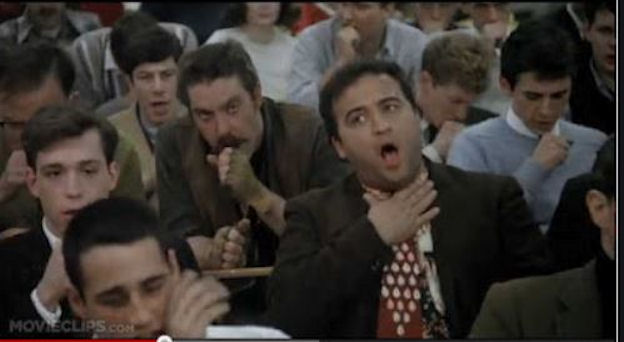 After the inevitable acquittal, the first order of business back at the House of Representatives should be to subpoena John Bolton, Lev Parnas, and everyone else related to the new revelations. Get that video of Trump having dinner with the Ukrainian henchmen on the record. Get that audio of Trump telling them to “take care of” the Ambassador on every news station. Start the whole process again.

If the Senate won’t give them a real trial this time, keep sending them impeachment articles until they do. (They won’t, but it will keep the heat on Trump.) The case needs to be made crystal clear to the American public. Trump is a criminal and we have the evidence. There is no gray area here. 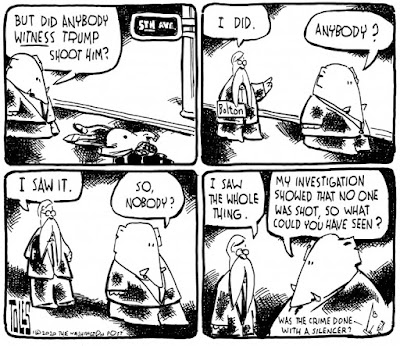 Of course, the Republicans are already making noises about impeaching Biden as soon as he takes office (should he win), just like they planned to do to Hilary. The big difference is that there is no evidence to back up their conspiracy theory. Hell, Snopes debunked all their talking points before they even became talking points.

Plus, if the Democrats keep the House, how are the Republicans going to start an impeachment hearing? Maybe I’m missing something from my governmental education, but doesn’t it take the House to produce and vote on articles of impeachment? How are Republicans going to pull that off? After the Blue Wave of 2018, I don’t think it’s going to get any better for them in the House. And with some breaks, they might even lose the Senate too.

And that’s exactly what we need because a new Democratic president will not get anything done without cooperation from both houses. Executive orders can only go so far. But at least they can go as far as to erase everything Trump did. The government needs a complete rebuild, after the damage done by this administration.

Debunkery
Republicans finally got their wish and have begun publicizing the name of the alleged Whistleblower. Over the weekend, I started seeing this meme pop up on Facebook. 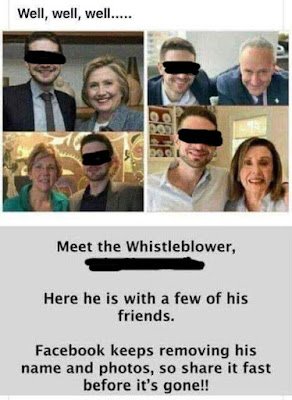 I made a few edits. The radical right might be spreading this guy’s name and image, but I’m not going to help.

Director’s DVD Commentary: I’m assuming this is the guy but I could well be wrong. I have no evidence or proof that it is.  Nor do I guarantee the images aren’t photoshopped. I only know that Republicans are circulating the name and image and whoever he is, the rednecks are outside looking for him.

This is wrong on several levels, not least of which is blowing up the whistleblower program. There’s a reason for that program: it keeps mob mentality from harming someone serving the public interest. It’s just funny how the fact that none of the information initially provided by the Whistleblower has been proven wrong. In fact, the transcripts released by the White House essentially prove his point.

But that doesn’t keep people with their heads in the sand (or someplace warmer, smellier, and more humid) from going all Keyboard Vigilante on the guy.

But as to the contents of the meme, I have two major points.

First off, who says the WB hasn’t appeared in pictures with Republicans? Some guy working in a Republican Administration may well have pictures with the entire Cabinet. Picking out just these shots to make him look like a Democratic operative is intellectually dishonest. It’s no more valid than those misleadingly-edited Planned Parenthood “sting” videos.

And secondly, who else is left to call a foul on obvious criminal behavior? It’s not like the Republicans did anything about it. The Republicans who were initially involved made the call to move the recordings and transcripts to a secure server, to avoid discovery. And the Republicans in the Senate just showed everyone how seriously they take the concept of “policing their own.”

The dude took his life into his own hands and followed the official protocol to let the Powers That Be know that a serious incident took place, one that had vast legal ramifications. As far as I’m concerned, he’s an American hero.

And now on to the obligatory… “If someone had taken identical actions against Obama, Republicans would be throwing the fucker a parade.”

I’m Paying You to Get a Little Track Laid, Not Jump Around Like a Bunch of Kansas City Chiefs…
Congratulations to the Kansas City (Missouri) Chiefs. I was rooting for them for a couple reasons. The biggest reason is that it’s been 50 freakin’ years since they’ve even been in one. That is a looong-suffering fan base. The Chiefs vs Vikings in Super Bowl IV was the second Super Bowl I ever saw, and probably the first I paid any attention to. (I was 9 and just starting to follow football.)

The Chiefs have also been quite entertaining to watch all year and they didn’t disappoint last night. That was an exciting game all the way through. I like Patrick Mahomes, who has the best name ever. Just calling him by name makes it sound like you’re best buds.

Lastly, while I didn’t have anything against the 49ers in particular, I don’t want them to win that 6th Super Bowl, at least not until my Steelers win their 7th. Petty? Maybe. Do I care? Not even a little.

It’s bad enough sharing the honors with the damned Patriots.
Posted by bluzdude at 8:27 PM

Isn't it a federal crime to expose a whistleblower? Which Rand Paul apparently just did on the Senate floor. These people are monsters. They're going to get someone killed and the just don't care.

Wins what? He hasn't won jack shit. He's still impeached and the whole world can see that he's only still in office because Senate Republicans were more interested in their re-elections than upholding the Constitution and the rule of law.

It is, that's why there is such a thing as a whistleblower program. It provides anonymity and protections against retaliation.

Republicans don't care about anyone that's not donating 5 figures to their campaigns.