The Low Point of the 21st Century (so Far)

That’s what it seems like, already. I know the century just shy of 20% of the way through, but I don’t know what a worse level of political discourse would even look like.

The 2000s have already introduced us to “alternative facts,” and general indifference to public figures telling obvious, easily refutable lies and those lies being vigorously adopted by the liar’s cult followers. Which brings us to the reality that we have one side of the Senate who refuses to listen to or even be in the room for the presentation of a legitimate case for the impeachment of the president.

They say there’s nothing new, while they actively prevent the addition of anything new. (That just harks back to the good old days when they complained about how Obamacare wasn’t working, while they actively sabotaged it.) They said the impeachment was too rushed, now they’re setting a land speed record getting it through the Senate.

The thing is, the GOP senators know that the evidence is correct. They know that offering bribes to a foreign country to induce them to interfere with our election is an impeachable offense. They know that if there was exculpatory evidence to be had or witnesses to bolster the president’s case, they’d be brought out. 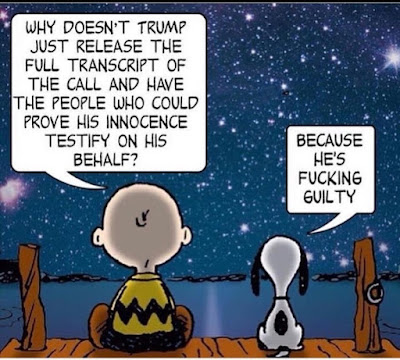 They know that Trump is a friggin’ idiot and a danger to the country and Constitution. 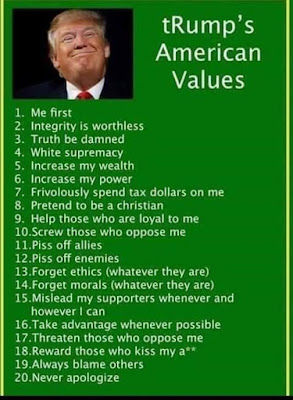 Yet still, they deny, defer, alibi, excuse, rationalize and squirm.

And I can see why they do. They’re afraid. They know that their political career could well end with a vote to hear evidence or a vote to impeach. And the number one Commandment of the modern politician is “Thou shalt not cause hindrance to getting re-elected.”

They know what their disobedience will bring about.

They’ll have plum committee positions taken away. They’ll suddenly have well-funded primary challengers. The President will tweet mean things about them, causing his minions and the inevitable bot brigade to follow suit. Some of them will issue threats, especially the ammo-sexuals and professional trolls.

It’s not by accident that the only Republican Trump critics are former or soon-to-be-former Congressmen.

It’s so much easier to stay in line and hide behind Mitch. Mitch cannot be shamed. There is no amount of political blowback he won’t happily withstand if doing so cements his power and that of the GOP. Mitch McConnell will withstand a Category 5 PR Shit Storm and the only thing that will make him reverse course is if his corporate benefactors (like the Koch Brother) tell him to.

But the Kochs and Waltons of the world want to see health care continue to erode and Social Security go away, so they keep their puppets in office, right where they’re the most useful. Wall Street can’t wait to get their hands on seniors’ retirement money. If they go bust, so what? They’ll get another government bailout. And the seniors? Not their problem. They should have invested smarter. And because the Trump administration is doing away with the Fiduciary Rule (meaning an investment company must put their client’s interests before their own), they have no obligation to guide them toward safer investments. Isn’t the free market wonderful?

The Democrats running for president should be beating this issue like a drum. This should be right in Warren’s wheelhouse. Republicans want to end Social Security… the fund we’ve all been paying into our entire lives! McConnell’s also mentioned in the past, out loud. Whip that news on some senior citizens. Run that interview with Trump from last week non-stop, talking about cutting “entitlements.” It’s a major chance to peel off some 55-and-over conservatives.

“Isn’t giving up your Social Security too high of a price to pay just to ‘own the Libs?’”

“’Liberal tears’ are not enough to pay for your retirement home.”

Seniors are the most reliable voting block there is. To threaten their retirement income is to invite the wrath.

Go ahead, try to suppress their votes with long lines. They’ll bring chairs. They’ve got all day. 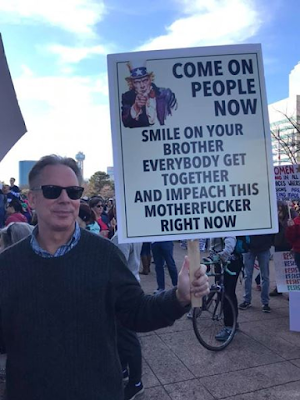